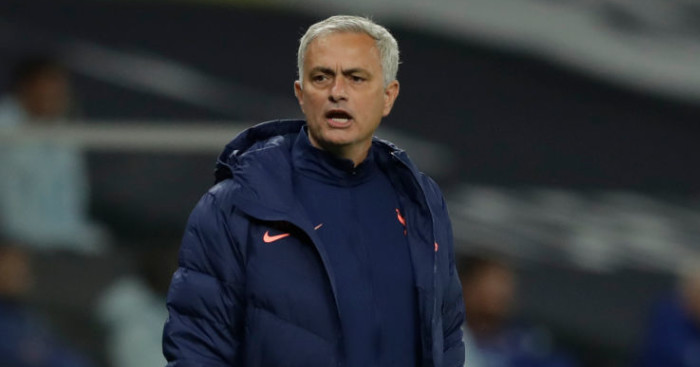 Jose Mourinho hailed the “incredible” performance of Sergio Reguilon on debut for Spurs against Chelsea.

Mourinho admits the Spanish full-back was at fault for Chelsea’s goal, but he was hugely impressed by the way the new signing put the setback behind him and grew into the game.

READ MORE: Reguilon offers reminder of when Spurs were good

The Spurs boss also admitted the left-sided star gives him an option to play three at the back in the future, which his “players are learning to do”.

“His debut was really, really good,” Mourinho said of Reguilon. “There was something that for me is great because it showed me the character and personality of the player which is he makes a mistake for their goal and his performance after that moment was just going up, and up and up.

“When many, even experienced players, when something is going wrong for them, or they are involved in some negative moment of the game, their confidence goes low. The kid was exactly the opposite.

“He could have done better for the Chelsea goal but since that moment it was when Sergio really exploded for the game and had incredible, incredible performance.

“The system of three is something that we can do, it’s something the players are learning to do. That tactical culture is of course bigger. In this moment we can face a team that has different systems and it doesn’t matter how they come, the players know what to do, they know the differences and what they have to adapt.”

Mourinho was talking to the media ahead of Tottenham’s Europa League clash against Maccaba Haifa on Thursday, a game in which the Portuguese boss will be aiming once again not to “commit the crime” of overburdening the players in his squad.

He added: “So the team is getting in conditions to play. Yesterday was not really strategic, it was more trying to build a team with the players that we had, let’s say available for the game, trying not to commit crimes and I only committed one and that was to play Dier.

“Trying not to commit more crimes was more about trying to get a balanced team, a team that could control the game and opponent and open to late changes like we did. We managed to do that and in the end it was great for the boys.”