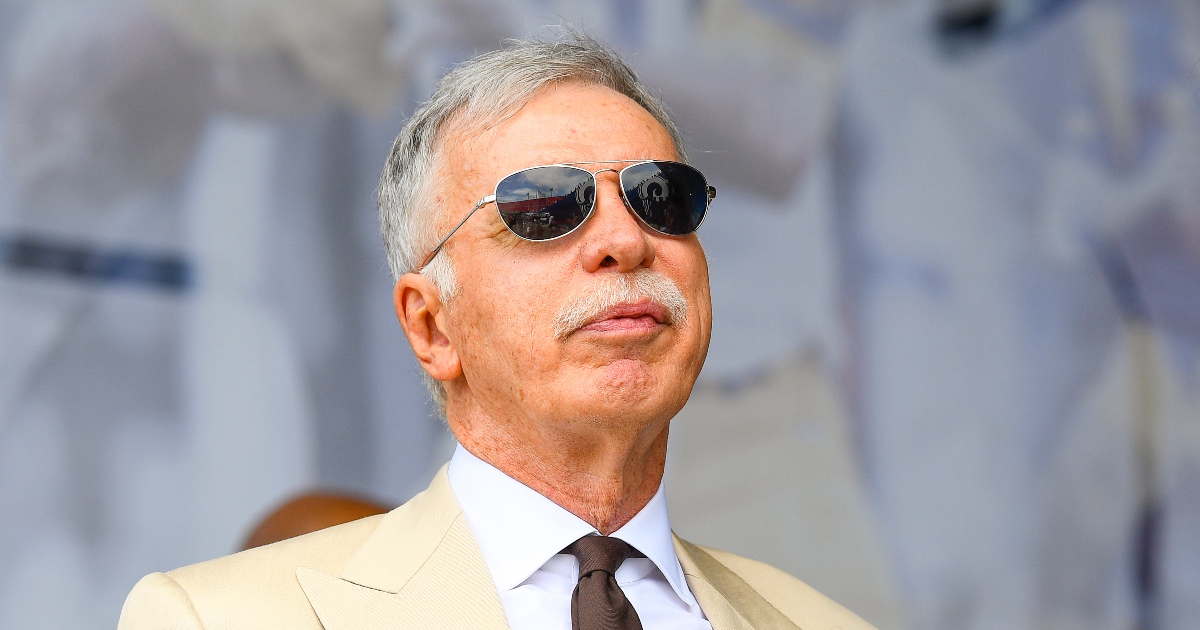 Stan Kroenke will reportedly remain defiant in his ownership of Arsenal amid rumours of a second takeover bid from Daniel Ek.

The American’s role in the failed European Super League during April sparked outrage from Gunners fans.

As a result, Spotify owner Ek promised to oust Kroenke from the club.

Sheffield United have a cheat code back to glory

His first bid worth £1.8billion was rejected in May, but he plans to return with another worth over £2billion.

According to the Mirror, Kroenke has no plans to sell Arsenal and his stance will not be changed by any amount of money.

He is hoping to maintain his total control of the north London side, even though the majority of fans are against him.

In the aftermath of the breakaway competition’s downfall, thousands of supporters gathered outside of the Emirates.

They held anti-Kroenke and anti-ESL banners to demonstrate their anger.

Speaking about the proposals last month, record goalscorer Henry said: “Daniel is an Arsenal fan – he hasn’t said that for publicity, he has been an Arsenal fan for a long time.

“He approached us, we listened to him, when we knew first and foremost that he wanted to involve the fans we actually met the Arsenal Supporters’ Trust and told them what we wanted to do; bring them back on board.

“He wants to reinject the Arsenal DNA, the identity that is long gone.

“You don’t have Arsenal people there among the board that can sometimes show the right direction and that is what Daniel wants to do.

“He already said he collected the funds so he can make sure he can make a good bid. Now obviously they need to listen and see what they can do.

“Something that is very important about it, saying they want the owner out, we are trying to offer a solution of having the fans as the DNA back of the club.”

Kroenke first became involved with the club in 2007. He went on to buy more shares until he became a director in September 2008.

Ten years later, he became the outright owner by submitting an offer of £600million to Alisher Usmanov.