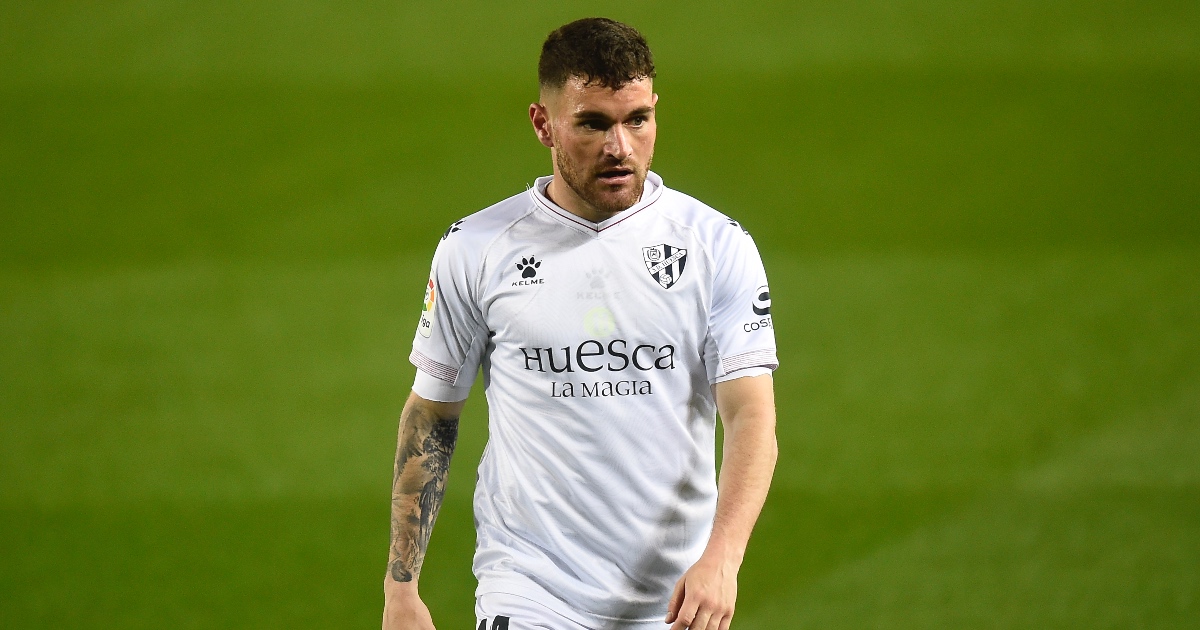 Leeds want to replace left wing-back Ezgjan Alioski with Javi Galan of Huesca, according to reports.

Alioski looks set to leave Elland Road at the end of the month after four successful years with the Whites.

He’s thought to be pursuing a new challenge, forcing Leeds to look at potential successors.

According to Football Insider, Leeds are already sounding out players who suit their system and Galan is one of them.

The 26-year-old is an energetic full-back who can also operate as a left-winger. He’s solid defensively, but it’s his attacking record which Leeds scouts are thought to have noted.

That makes him an attractive signing as he could form a deadly partnership with Jack Harrison on Leeds’ left flank.

The Yorkshire club have already sounded out Brest defender Romain Perraud as a potential signing.

He featured 36 times for the French outfit this season as they finished 17th in Ligue 1. He was a threat going forward, picking up three goals and ten assists in that that time.

Leeds asked about Perraud’s availability this summer but were put off by Brest’s £15-18million asking price.

That development has led them to Galan.

He’s not the only player who is edging towards a Leeds switch. They’re leading the race for Udinese talisman Rodrigo De Paul, although Liverpool and Juventus will provide plenty of competition.

De Paul has become a star in Italy over the past few seasons. In the last two campaigns, he’s helped his team-mates by providing 15 assists. Add to that his 16 goals and it’s clear to see why manager Marcelo Bielsa is interested.

One player the Whites will want to keep hold of is Raphinha, whose decision to remain at Elland Road could be as big as a new signing.

The Brazilian enjoyed a brilliant first campaign in the Premier League and has received admiring glances from Liverpool.

They’ve been linked with a £30million bid, but it’s thought Leeds value the winger far higher than that.