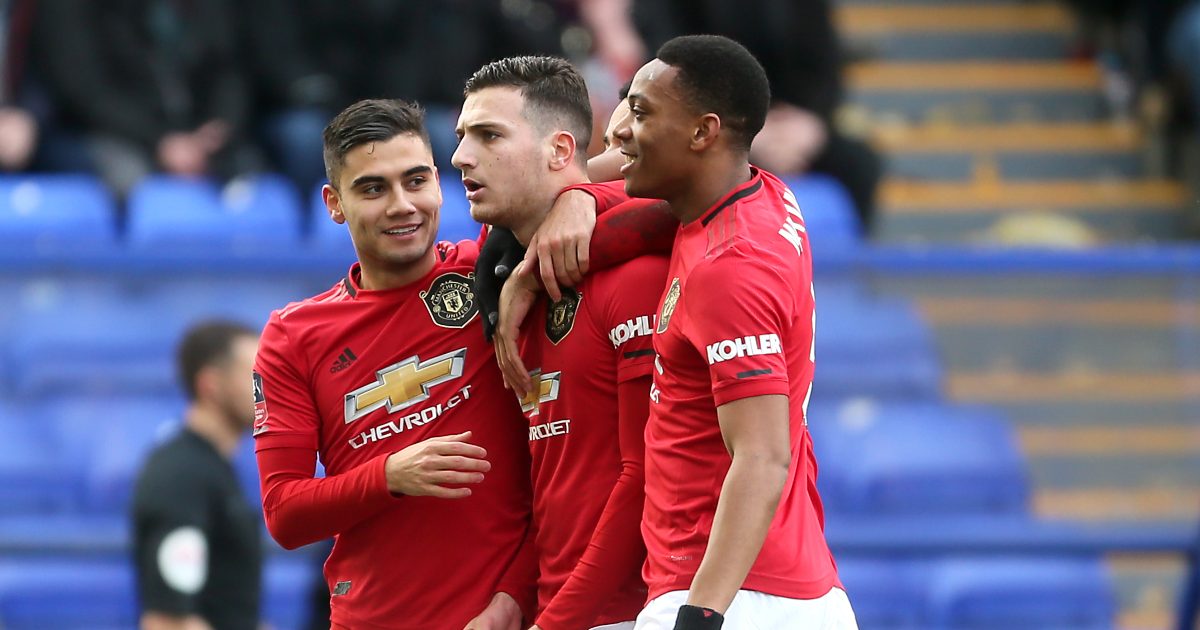 Manchester United have received a £12m offer from AC Milan for Diogo Dalot, who has spent this season on loan with the Italian giants, according to reports.

The full-back came through the ranks with Porto before he made the move to Man United in 2018. He made eight appearances for their first-team before the Red Devils paid £19m to bring him to the Premier League.

The 22-year-old has impressed in fits and starts for United. He made 23 appearances for his new club during his debut campaign in 2018/19.

OPINION: Lingard is the joyous cure to football cynicism

Dalot impressed as Ole Gunnar Solskjaer’s side fought back from 2-0 down against PSG in the Champions League to progress to the quarter-final stage.

The Portugal U21 international also showed his versatility that season. He was operated on either flank in both defence and midfield.

Dalot’s progress was hampered last season by a number of injuries. He only ended up playing eleven times that term, with seven of these appearances being starts.

With first-team chances hard to come by, Dalot joined AC Milan on loan in October until the end of the season. He has played 24 times for Milan this campaign and he has impressed for his new club.

The Metro have reported that AC Milan have put in an initial bid of £12m for Dalot. They add that they are testing Man United as they spent £7m more to sign him in 2018.

In an interview cited by The Mirror, Solskjaer suggested that he was looking forward to welcoming Dalot back to United:

“The plan was always for Diogo this season, or the main thing for Diogo, was to be fit.

“He never managed to be fit for a long spell when he was here [and was] unfortunate with injuries. Now he’s kept fit all season; he’s been available for them.

“He’s playing at a big club, big expectations, [with the] great history of the club, so it’s been a good year for him.

“So, of course, I’ve been very pleased with his development this season. He’s our player and we’re looking forward to having him back.”