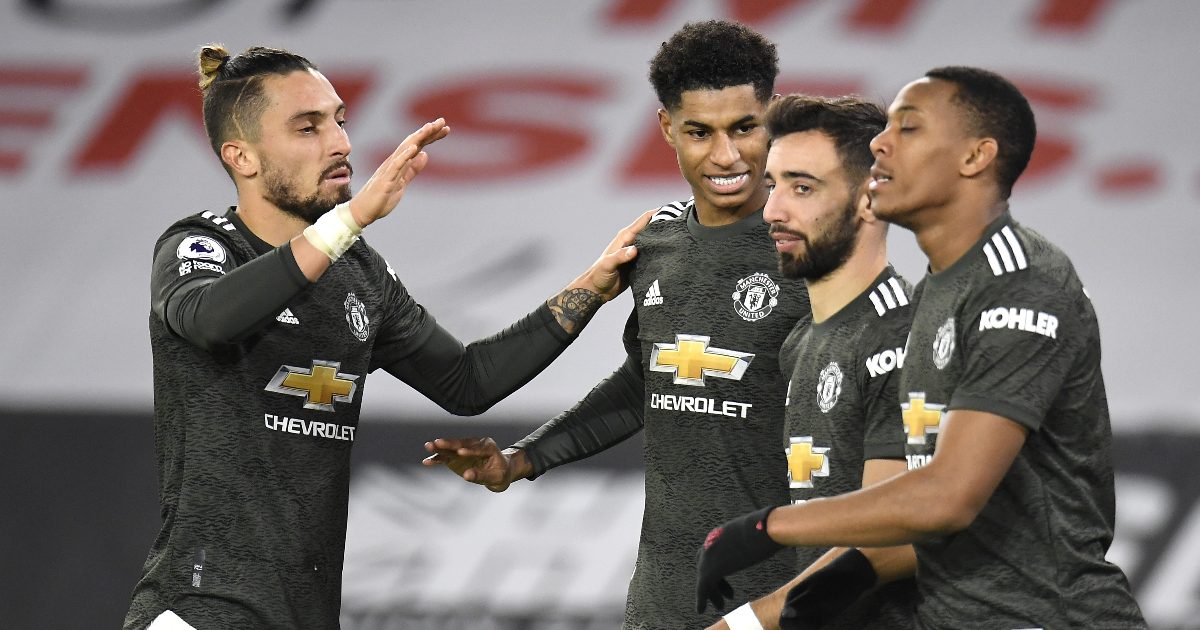 Man United defender Alex Telles has insisted that he has “done everything” he can to prove that he deserves to be at the club.

The Brazillian had spells with Galatasaray and Inter Milan before he joined Porto in 2016. He played just short of 200 times for the Portuguese side from his five years at the club.

During his time with Porto, they won the Primeira Liga twice and they lifted the Taca de Portugal in 2019/20.

FEATURE: Frozen out – 11 players yet to make a Premier League bench

Telles signed for Manchester United last October for a fee in the region of £15m. He has struggled for game time since his move to the Premier League.

A resurgent Luke Shaw has been one of United’s best players this season, which has limited Telles’ first-team opportunities.

The defender has played 19 times so far this season for Man United. But only seven of these outings have come in the Premier League. His last league appearance came from the start as they lost 2-1 to Sheffield United at Old Trafford in January.

In an interview with the club’s official website, Telles suggested that he is “really happy” for Shaw and that he has worked as hard as he can to play more often:

“I’ve always said that, when you’ve got players of the highest quality in the team, then the thing that ends up benefiting is Manchester United; the team.

“Since I’ve arrived here, I’ve worked as hard as I can. I’ve done everything I can to show that I deserve to be here, and I think I’ve done that.

“At the same time, I’m really happy for Luke Shaw, who has made great progress and has been playing really well. He trains really well and he’s done excellently in the matches as well.

“When you’ve got a situation like that, then the team can only benefit from it. It’s Man United that wins from that [situation].

“In terms of the two of us, we both motivate each other and push each other further forward and we help each other. That’s really, really important throughout the team, independent of the positions we play.”