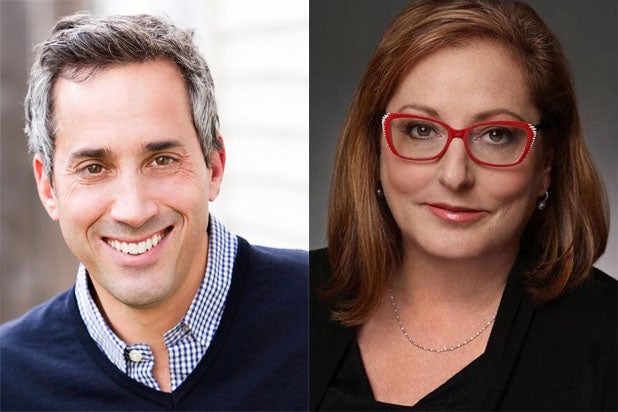 Marci Wiseman is exiting as co-president of Blumhouse Television, an individual with knowledge of the decision told TheWrap.

Wiseman is exiting for personal reasons and she informed staff on Friday. Fellow co-president Jeremy Gold will become sole president. Wiseman will still serve in an advisory capacity.

“I wanted to let you know that, for personal reasons, I have decided to resign from Blumhouse, although I will remain a strategic advisor to the company,” Wiseman said in an internal memo. “As many of you know, I have experienced a series of challenging personal events this past year and I have decided that I need to take some much needed time.”

Blumhouse TV is the television division of Jason Blum’s production company. Wiseman and Gold were brought in 2016 to spearhead to company’s expansion to the small screen, which has included series like “The Loudest Voice,” “Sharp Objects,” “A Wilderness of Error” and the upcoming “The Good Lord Bird.” Prior to her role at Blumhouse, Wiseman launched AMC Studios whose first series was the mega-hit “The Walking Dead.”

“Marci Wiseman is one of the smartest people I have worked with in my career, and I will always be grateful to her for everything she accomplished with Blumhouse Television. She pioneered a production approach to our slate of streaming movies that was in many ways as innovative as what we’d been doing with our theatrical features. And even while she was innovating she was also teaching me about the traditional TV business. I’m pleased to continue to have her as a strategic advisor and look forward to seeing what she does next,” Blum said.

I wanted to let you know that, for personal reasons, I have decided to resign from Blumhouse, although I will remain a strategic advisor to the company. As many of you know, I have experienced a series of challenging personal events this past year and I have decided that I need to take some much needed time.

Blumhouse Television has been a major part of my life since Jason and Charles put their trust in Jeremy and me when they decided to invest in a TV studio. Put simply, my goal was to have our company soar to the greatest heights — in terms of creating work that was not only recognized, but also, of which we could all be proud. I think that we have accomplished that — from critically acclaimed series and documentaries, to innovative and thoroughly creative endeavors and partnerships, like Into the Dark and Welcome to the Blumhouse. Above all, I am most appreciative to have worked with all of you. I cannot tell you how often I have received a call from a producer, writer, director or network executive telling me how impressed they are with one, or the other, of you. Those calls were always the highlight of my experience at Blumhouse.

It was an honor and, in some ways, a culminating experience in my professional career to be able to build our studio from the ground up and I am grateful to Jason, Charles and of course, my partner, and now lifelong friend, Jeremy for the opportunity to collaborate in doing so. I have chapters to come – but none will ever be quite like this one, because there is simply no place like Blumhouse.

With the greatest admiration and love,

Fall TV 2020: All the Premiere Dates for New and Returning Shows – So Far (Photos)

Here’s when 105 broadcast, cable and streaming series debut and come back

Fall has arrived and chances are the season will see everyone still staying at home as much as possible to prevent the spread of COVID-19. Luckily, dozens of new and returning shows are premiering this autumn to keep you company. TheWrap has rounded up all the dates we know — so far — for Fall TV shows’ debuts. We will continue to update the list as more become available.

For the purposes of this gallery, we’ve designated Sept. 1 as the beginning of fall rather than the official Sept. 22 start, since “Fall TV” is sure to be more loosely defined this year.

Also Read: ‘The Masked Singer’ Pulled Off Its Pandemic Season With Animation, Fan Voting and a Baby Alien