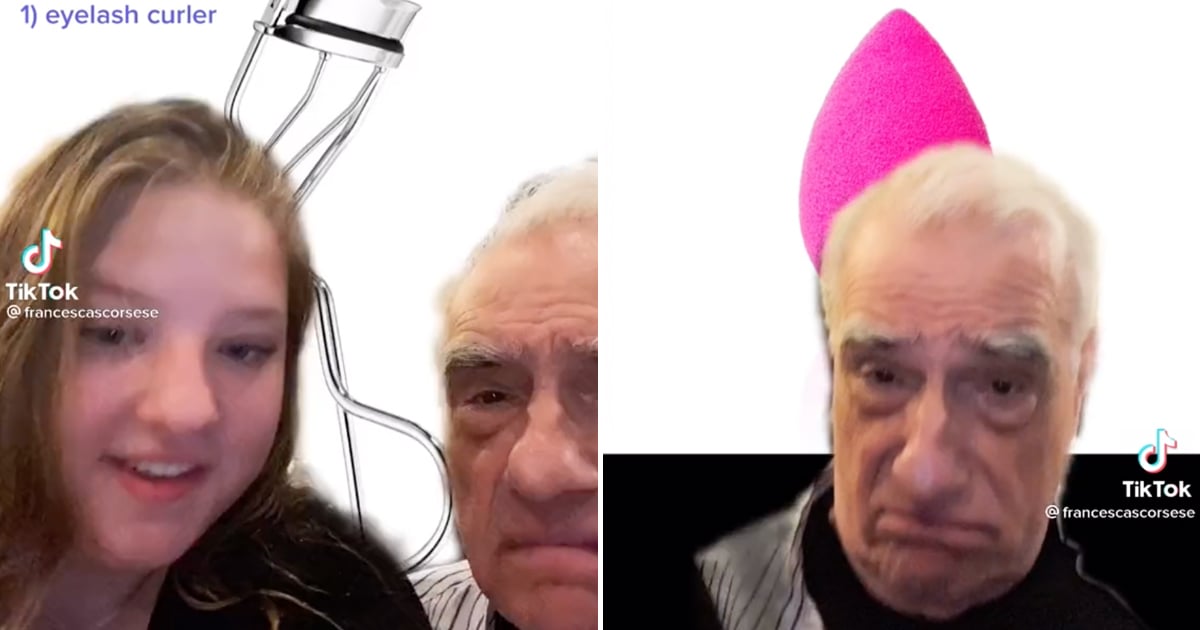 I will probably regret posting this but…. he actually did much better than I thought!!🤣martinscorsese guesstheobjectchallenge fyp greenscreen

Martin Scorsese: world-renowned film director, screenwriter, actor, producer, and, as of this week, budding TikTok star. On Tuesday, the 78-year-old Hollywood icon and girl dad made a wholesome appearance on his 21-year-old daughter Francesca’s TikTok, partaking in a video titled “Having my dad guess feminine items pt.1.” Using the green-screen effect to display each item, Francesca challenges him to identify various cosmetic products, and it’s quite the cinematic masterpiece.

After Martin accurately guesses the first two objects — an eyelash curler and a Beautyblender — things take a sharp left turn when he confidently proclaims that a menstrual cup is “a flagon,” aka a fancy drinking vessel, before changing his mind to decide that it could actually be “an eye cup.” Next up, he declares that a pair of nipple pasties are “earbuds,” but he swiftly redeems himself when an image of a bobby pin appears on screen. “You’re wasting my time,” he jokes, adding a sassy “Yeah” when Francesca says, “It’s a bobby pin.”

After Francesca shared the video on TikTok, the comments section flooded with hundreds of remarks from TikTokers who were beyond here for the adorable content. “This guy seems like he would make pretty decent movies idk why tho,” one person quipped, while another wrote, “2021 Best Picture.” Here’s to hoping Francesca and Martin turn this into an ongoing series, because we need more, and we need it now.