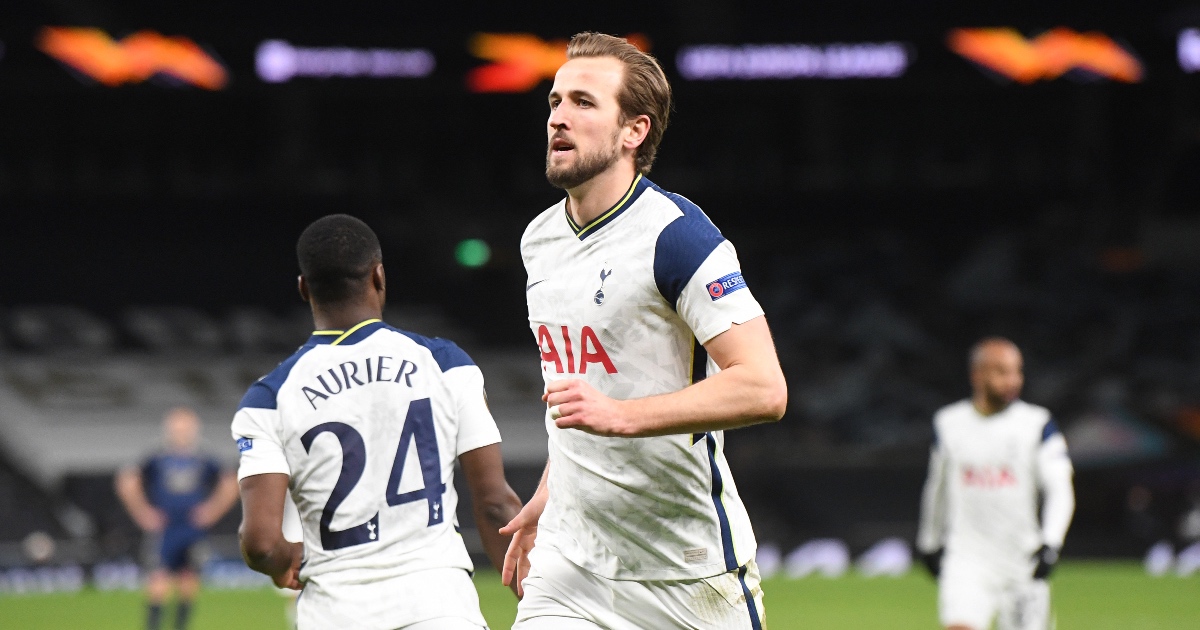 Jose Mourinho has praised ‘incredible’ Harry Kane after he scored both goals in their 2-0 Europa League victory.

The North London side eased past Dinamo Zagreb in the first leg of their round of 16 clash.

Harry Kane opened the scoring in the 25th minute.

He calmly finished after a fine Erik Lamela strike hit the post and went straight into his path.

The England international made it two in the second half, and 26 for the season, by capitalising on a defensive error.

Dinamo failed to clear which meant the ball fell to Kane in the box. He gained a yard before sending the ball past the keeper with a nice finish.

Speaking after the win, Mourinho told reporters (via BBC Sport): “I believe one more goal would be a good reflection of the game and would put us in a much better position.

“But before the game if you asked if 2-0 was a good result I would say [yes]. It is only a good result if we do the job there. It will be a difficult match. At home they will feel more comfortable to have a go with nothing to lose.”

When asked about Kane’s performance, Mourinho continued: “He is doing everything. He is doing the striker job of scoring goals and the team work of creating space and linking play. And the extra work not many strikers do in defence.

“He helps us a lot. He has an incredible number of clearances from crosses and corners. We couldn’t be happier. I gave a rest to many of the players and am so happy with what [Carlos] Vinicius is giving us. But with Harry on the pitch it is a different story for us.”

Kane had ice on his knee after being replaced by Vinicius in the second half. Spurs fans will be hoping the striker is fully recovered for this weekend’s North London derby.

Speaking about the injury, Mourinho said: “Harry I don’t believe is anything big. Sunday is a match everyone wants to play and little things will not stop him. I don’t have the feeling it is anything serious.”