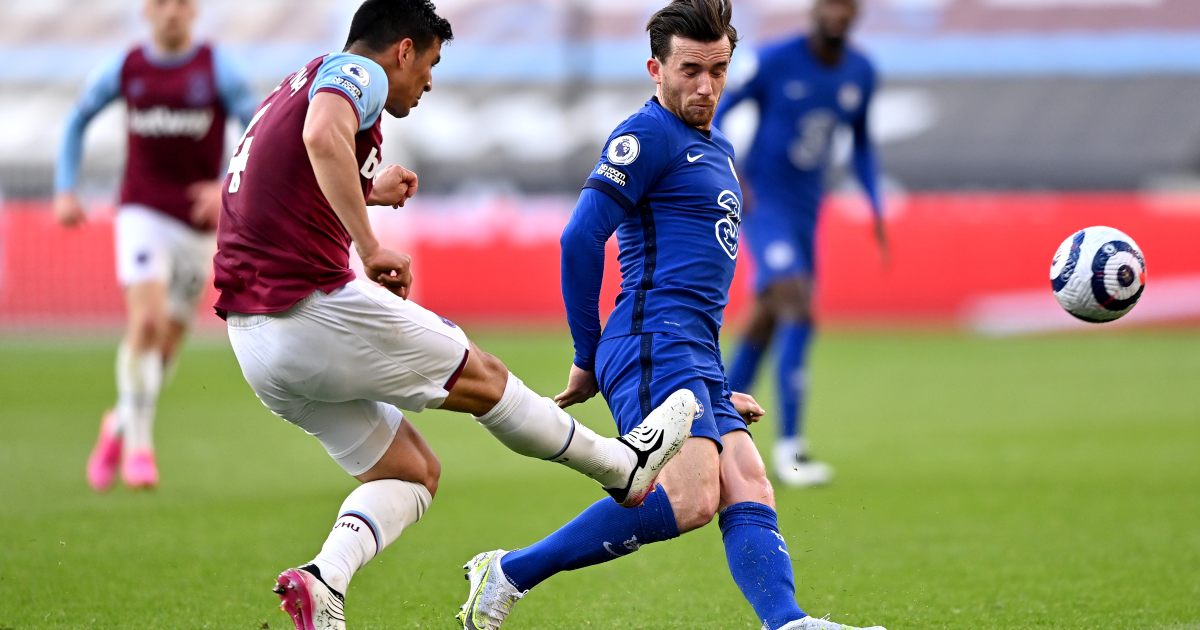 The Blues edged a tense London derby thanks to Timo Werner’s first-half strike which gives Thomas Tuchel’s side a three-point cushion over the Hammers in the race for a Champions League spot.

West Ham improved after the break but they were denied the opportunity to build up a head of steam in the late stages when Balbuena was shown a red card after a lengthy VAR decision. The Paraguay defender caught Ben Chilwell on the calf as he cleared the ball but referee Chris Kavanagh dismissed him after reviewing the incident on the screen.

Moyes told Sky Sports: “I think it’s a decision made by somebody who’s never played the game. I don’t know where Fabian is supposed to plant his foot.

“I don’t see how it’s a red card. I don’t see any malice in it; I thought it was a rubbish decision.

🗣 “It’s a decision made by somebody who’s never played the game… I thought it was a rubbish decision.”

“If they do think that then you look at the one on Vladimir Coufal from (Antonio) Rudiger. It was a very similar challenge, but they never did anything about it.

“The red card changes the game for the last 10 or 15 minutes. We were hoping to put them under even more pressure. But I’m pleased the players got at it and the game didn’t go away from us, because it could have done.”

Chelsea manager Tuchel said his players were focused despite the club’s involvement in the ill-fated Super League plans this week.

“We did not talk about Super League from Tuesday on,” Tuchel told Sky Sports. “It was a normal preparation and I felt that everybody was very concentrated and enjoying the focus on just the game.

“It was a great performance and an amazing result. I think it was a well-deserved win.

“We have crucial matches at the highest level – in the Premier League, Champions League and FA Cup – but I feel we can win these matches and deliver.”