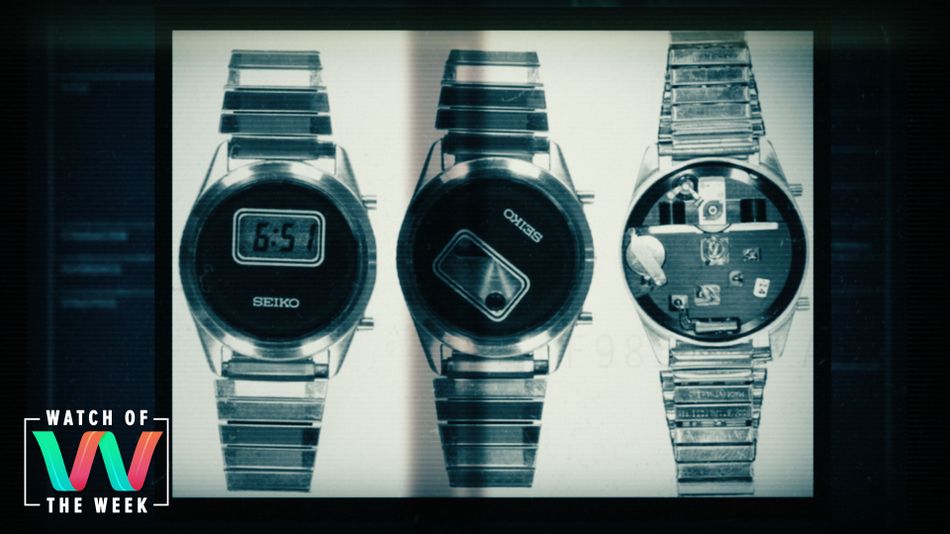 When you watch a James Bond movie, is it mostly for the Q moments? Did you devour every story you could find on the mysterious “Havana syndrome” in Cuba? If you’re nodding vigorously in agreement, Spycraft is for you.

The new Netflix docuseries takes viewers on a guided tour through the work and tech of espionage. Each of the eight half-hour episodes focuses on a specific topic, highlighting an assortment of gadgets and techniques, and then backing it all up with historical context covering how these resources are put to use in the field.

Take the example of the U.S. embassy in Moscow, covered in the first episode, “High-Tech Surveillance and an Eye in the Sky.” It was built by then-Soviet workers in the early ’80s, and U.S. counter-intelligence found that the building’s columns were filled with hundreds of listening devices.

The eventual solution involved having American workers essentially remove the upper floors completely — “chop off the top three floors,” as they describe it in the episode — and then rebuild them. Business is still conducted at the embassy today, but any classified matters are reserved for the top floors.

The new Netflix docuseries takes viewers on a guided tour through the work and tech of espionage.

A complementary example describes how the National Security Agency managed to bug the Russian embassy in Washington, D.C. The flat-roofed building was fitted with drain pipes meant to carry away rainwater. The NSA arranged for one of those pipes to have thicker walls in the middle, and then added a radio transmitter and small explosive to the interior cavity, along with a spool of wire. The whole thing connected out to all of the microphones in the building.

At that point, a waiting game began. The next time there was a rainstorm, U.S intelligence detonated the explosive and timed it to a thunder strike. That released the coiled wire, which floated down into the drain system below the building where a young FBI agent was waiting with a net. The agent caught the wire, linked it up to a nearby transmitter, and that was it. Russian embassy wired.

Spycraft is filled with little historical nuggets of information like this. There’s the bullet that was fitted with a tiny microphone. Or the covert communications device that transmits messages through the water, between two specially designed fishing rods. Or the squad of East German spies — the “Romeos,” as they were called — tasked with seducing women who were in a position to pass along information and who were deemed susceptible to acts of “sexpionage.” (Yes, that’s really what it’s called.)

It’s fascinating stuff, if a little bit goofy at times. Each episode is filled with brief reenactments and dramatic music. They’re not the focus, and the reenactments in particular are used more for ambience than relating a story (there’s no dialogue; all the talk is documentary-style voiceovers from the talking heads). But there’s a layer of cheese on top of this thing that won’t be for everyone.

There’s still a ton of not-widely-known information to soak in, though. For every story Spycraft tells that you might have heard about — the saga of Russian spy Maria Butina, the poisoning of Sergei Skripal and his daughter Yulia, the assassination of Kim Jong-nam — there are dozens of others that you probably haven’t. The same goes for gadgets. Did you know it’s possible to hide the entire Christian Bible inside a period on a page of text? Or that China’s got spy drones whose bird designs are so convincing that actual birds will line up and fly with them?

Many of the threats explored across the eight episodes focus on the U.S.A.’s foreign adversaries, with a particular focus on Russia and China. It’s more jarring when an episode turns its attention to domestic issues, such as the task of securing the southern U.S. border, or the practice of data collection. There’s dark irony in seeing a U.S. intelligence expert derisively compare China’s surveillance of its own citizens to the book 1984 just minutes after a segment about Edward Snowden.

It’s not accurate to describe Spycraft as apolitical. It’s simply not that, and can’t be that. The work the show covers and the agencies fueling that work are inherently political. What Spycraft does do, and fairly well I think, is steer clear of injecting a political perspective. It’s a very just-the-facts rundown of espionage work and the resources such work requires.

The show may leave some wanting for more specifics, but that’s part of what I like about it. It’s almost like flipping through a themed list of Wikipedia entries. You get a sprawling overview in the parade of examples shared over the course of an individual episode, and each one is its own little rabbit hole for you to explore. That Guardian story I linked to above about the Romeos, for example, filled in so many of the smaller details that there wasn’t enough time to address on the show.

That’s what you’re signing up for when you dig into a docuseries focused on such a broad topic. Espionage is a huge field of work with sub-disciplines piling on sub-disciplines. For what it is, Spycraft drills down deep enough to present an engaging picture of what the work entails while giving more curious viewers all the crumbs they need to geek out in new directions.

Spycraft is now streaming on Netflix.