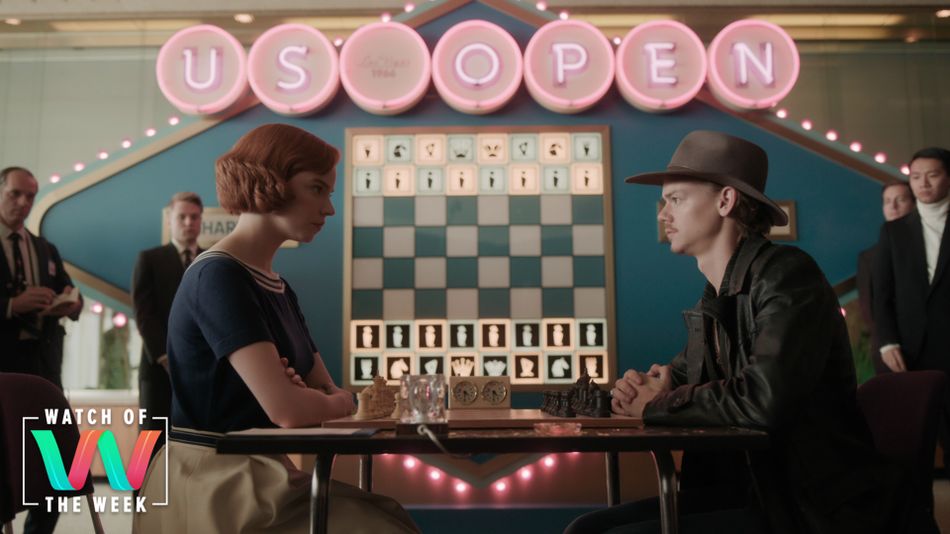 There is nothing I hate more than a slow-moving show. I like series that are easy to follow and quick to engage — and I don’t have the attention span for anything else. This is why even I was surprised when Netflix’s new period drama about chess, of all things, sucked me in from its opening moments. Yet as each episode ended, I kept moving on, fully absorbed in this series that somehow turned a tedious strategy game into one of the most engrossing dramas I’ve watched all year.

Beth is a brilliantly complex character who walks the fine line between intelligence and eccentricity.

The Queen’s Gambit, based on the 1983 novel of the same by Walter Tevis, focuses on Beth Harmon (Anya Taylor-Joy), a Cold War-era Kentucky girl who is sent to an orphanage after her mother passes. Here, she sharpens her chess skills by playing against the janitor (Bill Camp) in the basement — but, at the same time, she develops a dangerous dependency on tranquilizers.

Becoming a chess prodigy helps Beth escape her grim existence, and it’s not long before she begins entering competitions and gaining international recognition. However, her difficult past and growing addictions threaten to put an end to her progress at any moment.

Beth is a brilliantly complex character who walks the fine line between intelligence and eccentricity. She’s the type of flawed hero whom you can cheer on but also sympathize with, and this nuance makes her easy to relate to.

Furthering her appeal is the way the writers allowed her to embrace her cleverness without sacrificing her femininity. As Beth climbs the ladder of competition, she never once tries to be someone she’s not or silence her traditionally girlish traits in order to be taken seriously. She can be a high-stakes competitor and go after what she wants in life while rocking perfectly winged eyeliner and the most stylish period dresses you’ve ever seen — which leads us to the show’s gorgeous costumes and aesthetics.

The Queen’s Gambit is a pretty show. While young Beth (Isla Johnston) sticks to her drab orphanage uniform, older Beth’s wardrobe grows more lavish as she cycles through a collection of sleek dresses and skirts that made me wish I lived in the ’60s. All the small details — from how Beth’s red hair makes her the focal point of every shot to the way her perfectly shaped lipstick compliments her composure — help build the bigger story. While Beth’s looks match the moments she is in, the sets also reflect the emotions of her personal journey.

While the physical elements of Beth’s universe exist solely to highlight her, so do the souls within it.

Beth does a lot of traveling for competitions, visiting hotels and venues across cities like Paris, Mexico City, and Moscow. All these locations have a sense of grandeur to them that elevates the already high stakes and makes it easier to engage with Beth’s building success. And thanks to the stylistic camera angles, vintage color palettes, and anticipation-building music, it’s easy to get lost in the moments and even Beth’s mind as (shout-out to the nifty CGI work) she visualizes her chess moves on the ceiling.

While the physical elements of Beth’s universe exist solely to highlight her, so do the souls within it. Across Beth’s over-a-decade-long journey, she bonds with people including Jolene (Moses Ingram), a fellow resident at the orphanage; Mrs. Alma Wheatley (Marielle Heller), a lonely housewife in need of company; and Benny Watts (Thomas Brodie-Sangster), a fierce opponent-turned-ally. These people have independent personalities and storylines that effortlessly weave in and out of the main plot. Sometimes they’d fade into the background, but at a later opportune moment, they’d come back, offering a welcome surprise and change of pace. This caused each episode to carry a fresh, individualistic feel. Yet by the finale, the most important elements still come together to create an ending that is both emotionally exhausting but immensely satisfying. And right now in the world, there’s nothing I want more than an ending that feels good.

The Queen’s Gambit has almost everything one could ask for in a dramatic miniseries. It’s intimate yet cinematic, delicate and fierce, and brisk but reflective. Maybe it is hard to buy Taylor-Joy as a 15-year-old, and maybe there are some subplots that could have been better explained (Jolene and Beth’s sorta-love-interest Townes [Jacob Fortune-Lloyd] deserved more complete arcs) — but this doesn’t take away from the show’s lively sense of competition and personal feel. With glossy visuals and an intelligent lead, The Queen’s Gambit is still a big, binge-able win.

The Queen’s Gambit is streaming now on Netflix.