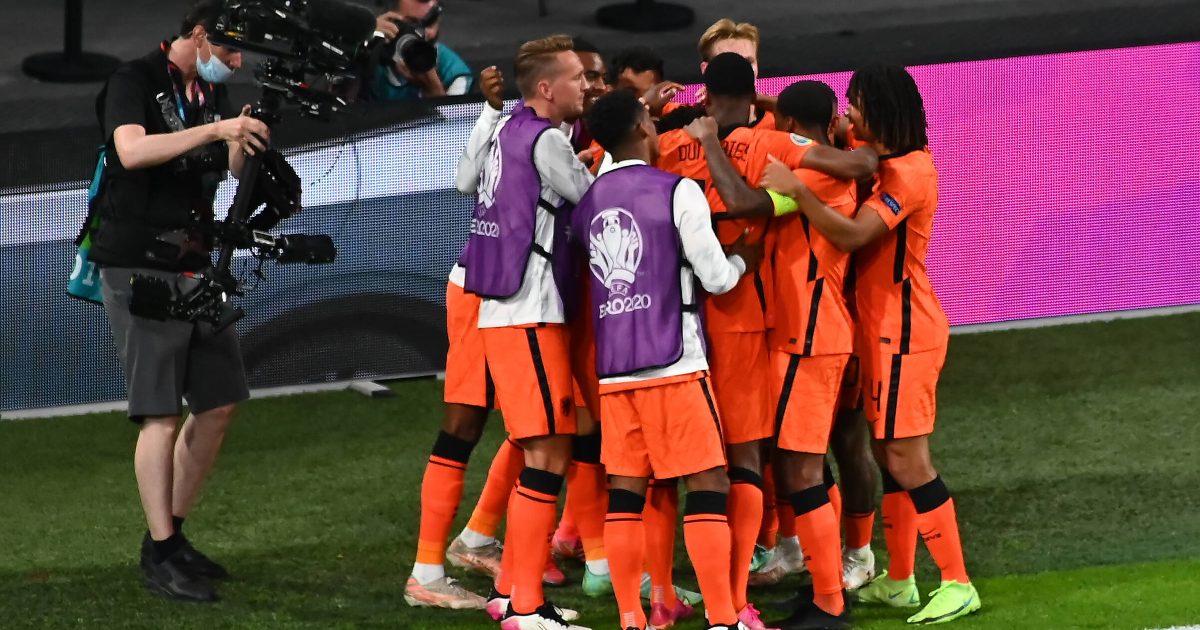 Goals from Memphis Depay and Denzel Dumfries helped secure the Netherlands a well-deserved victory over Austria.

Depay’s early penalty and Dumfries’ second goal of the tournament saw the Dutch build on their opening win over Ukraine against toothless opposition at the Johan Cruyff Arena.

With head-to-head results being used to separate teams on the same number of points in the group phase, consecutive victories over their closest rivals mean Holland cannot be overhauled at the top of the standings.

Ladies, football and advice straight from the 1970s

Frank De Boer’s men are now guaranteed a last-16 tie against one of the best third-placed teams in Budapest on June 27, while Thursday’s result also eliminated their upcoming opponents North Macedonia.

Austria never threatened to spring a surprise in the Dutch capital and will battle Ukraine for second spot in Bucharest on Monday.

Holland were boosted by the return of Juventus defender Matthijs De Ligt from injury in the only change to the team which began Sunday’s entertaining, albeit not entirely convincing, 3-2 win against Andriy Shevchenko’s side.

The hosts had further reason for optimism just 11 minutes in as they took the lead.

Austria captain David Alaba was penalised for standing on the foot of Dumfries following VAR intervention and Depay calmly claimed his 27th international goal by dispatching the ball into the bottom left corner from the spot.

Depay, who has been heavily linked with Barcelona as his Lyon contract runs down, should have doubled the lead five minutes before the break.

Patrick Van Aanholt’s searching pass sent Wout Weghorst clear into the box and, after he unselfishly squared across goal, strike partner Depay wastefully side-footed over with the goal gaping.

Without suspended forward Marko Arnautovic, Austria failed to create a first-half chance but would have been encouraged by that shocking miss and not being further behind.

The visitors did not heed that warning and finally slipped further behind in the 67th minute.

Austria’s high line allowed Donyell Malen a clear run at goal from almost halfway from a Depay pass and the substitute selflessly teed up rampaging wing-back Dumfries for a simple close-range finish.

Holland blew a two-goal lead against Ukraine before recovering to win but there was no danger of that being repeated, despite some late openings for the opposition.

Dutch substitute Owen Wijndal survived a minor scare when he almost diverted the ball into his own goal after a corner, while Alaba flashed wide late on, before Austria replacement Karim Onisiwo tamely headed straight at keeper Maarten Stekelenburg.

Holland’s victory was a seventh in succession against Austria, delighting the majority of the 16,000 crowd and ensuring a second-round spot at the earliest opportunity.