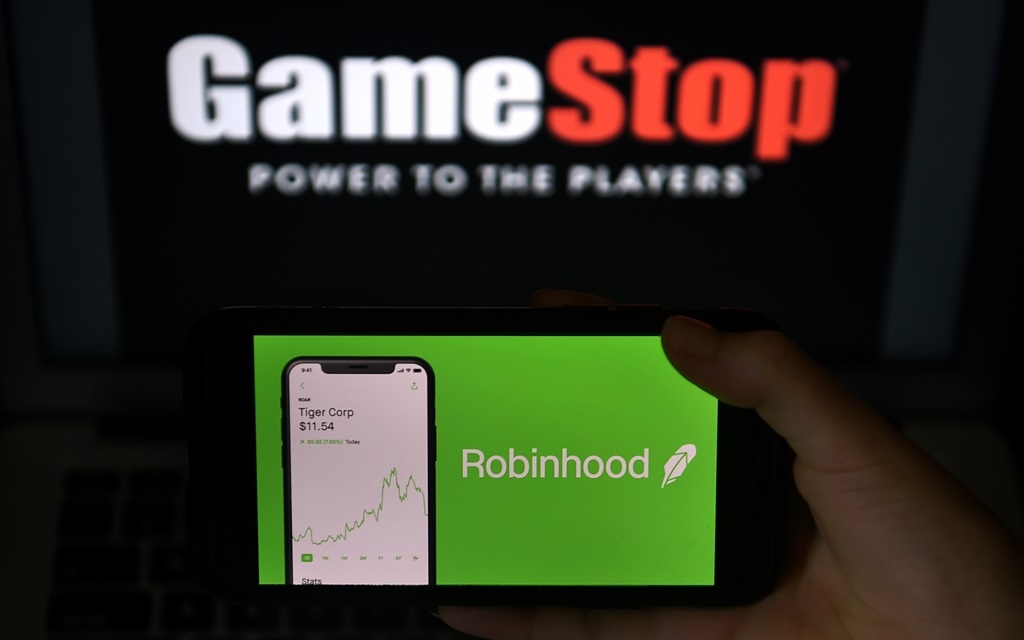 An epic battle is unfolding on Wall Street, with a cast of characters clashing over the fate of GameStop, a struggling chain of video game retail stores.

Key players involved in the trading frenzy centred on GameStop shares told skeptical US lawmakers on Thursday that their actions were above board and in line with ordinary stock market business.

Founders of free stock-trading app Robinhood and online forum Reddit were among those to testify at a House of Representatives financial services committee hearing.

Unprecedented recent volatility – with moves of up to 400% for shares in the GameStop video game store – prompted calls for regulators to review the role of social media, hedge funds and trading platforms which some allege manipulate the market.

The situation has pitted Wall Street’s hedge funds, which often take “short” positions on shares they see as likely to fall, against a social media-driven move to “squeeze” big institutional investors.

“I am not trying to throw anyone under the bus,” Robinhood co-founder and chief executive Vlad Tenev said as he was barraged with questions during a virtual hearing held in online video format.

“All I can say is Robinhood played it by the books.”

Keith Gill, an amateur investor renowned on Reddit’s WallStreetBets forum for snapping up GameStop shares early and cheap, testified that he bucked market wisdom based on his own research and not because he was out to rattle hedge funds.

“The idea that I used social media to promote GameStop stock to unwitting investors and influence the market is preposterous,” said Gill.

“When I wrote and spoke about GameStop and social media with other individual investors, our conversations were no different from people in a bar or on a golf course, or at home talking or arguing about a stock.”

He told legislators he grew up playing video games and still believes GameStop “has the potential to reinvent itself as the ultimate destination for gamers.”

Gill, who is also a YouTube star known on the platform as Roaring Kitty, was the lone amateur trader at the hearing, which was titled “Game Stopped? Who Wins and Loses When Short Sellers, Social Media, and Retail Investors Collide.”

Gabriel Plotkin, founder and chief investment officer at Melvin Capital Management, said in his testimony that the fund did not manipulate trading.

He added that Melvin abandoned its short positions on GameStop with “significant losses” when the shares jumped $17 to a peak of $483.

Plotkin contended people on Reddit forums were encouraging trade in GameStop as a way to punish the hedge fund and that “many of these posts were laced with anti-Semitic slurs directed at me and others.”

The wave of buying boosted the share price of struggling companies, including GameStop and movie theatre brand AMC Entertainment.

But the share prices fell sharply when the frenzy subsided.

The events led to some retail investor apps such as Robinhood – which says its goal is to “democratise finance for all” – to temporarily limit trading in some of the most volatile stocks, drawing the ire of critics.

For some Reddit users, GameStop’s dizzying rocket ride is a case of the masses rebelling against one-percenters hoarding the world’s wealth.

Subreddit WallStreetBets, which boasts some 9.1 million members, has been an online rallying spot for those urging people to buy and hold GameStop shares.

The hours-long hearing was a hot topic on the subreddit, where Gill, who is known on the forum as DFV, was lauded as a hero.

WallStreetBets users were elated when Gill said he still liked GameStop shares, a comment glorified in cartoons and video.

The hearing touched on the details of trading, such as the time it takes to settle trades and how Robinhood makes money from the flow of orders instead of commissions on transactions.

New York Congresswoman Alexandria Ocasio-Cortez asked whether Robinhood has been up front with its users.

“I believe that the decisions made by you in this company have harmed your customers,” Ocasio-Cortez told Tenev.

Lawmakers also criticised game-like features in the app which they contend could dupe users into not taking stock trading risks seriously.