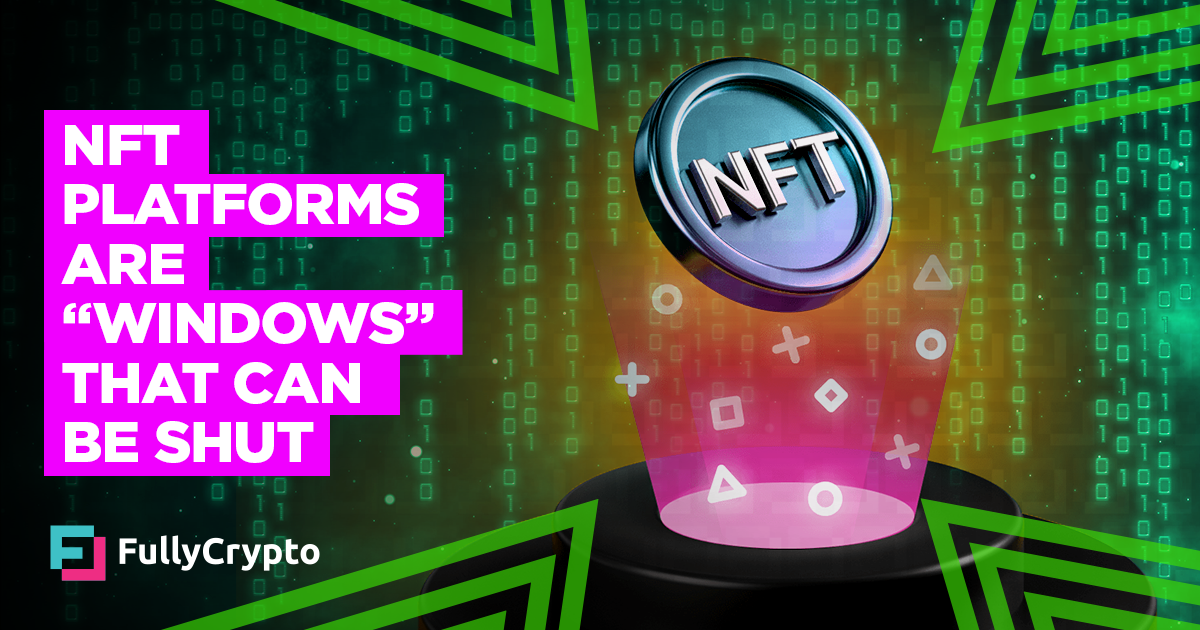 NFT platform OpenSea and other such platforms are not marketplaces but are instead “windows into a gallery where your NFT is hanging”, according to one of its community managers. In an interview with Motherboard published yesterday, Ed Clements was said that the distinction was important because the artist could pull the NFT art at any time, leaving the platform to “decide whether or not they want to close their window.” His clarification came after a spate of “disappearing” NFTs has left buyers with the uncomfortable realisation that they don’t own the digital representation of the piece they have bought but instead a piece of code attributed to it.

When What You Buy Isn’t Yours

NFTs have, of course, become the hottest topic in crypto this year, with digital artist Beeple perhaps setting the top of the market with his $69 million sale earlier this month. However, it seems that many people caught up in the craze are not aware of what they are buying and are disappointed when they discover that what they thought they owned is, in fact, nothing of the sort.

As the Motherboard interview explains, the image you see on OpenSea or Rarible is only the end-point of a URL pointing to an image rather than being the thing you are actually buying. If the image to which the URL points is removed by the creator, you’re left with a nice and potentially expensive 404 error page, which is what some people are now experiencing. The same goes for buyers of NFT Tweets – the author can delete them at any time, leaving you with some code on the Ethereum blockchain that used to point to a tweet you liked enough to buy.

NFT Purchases Denote a Dedication Rather than Ownership

This framing of an NFT marketplace as a window through which you can see the work you have bought is a more accurate depiction of the practice of owning an NFT, but it’s not 100% accurate given that you don’t own what you’re looking at. A more accurate explanation might be that you are looking through someone else’s window at someone else’s work that they have dedicated to you through the purchase. Unfortunately there will be more cases of heartbreak and lost ETH before this concept is widely understood.