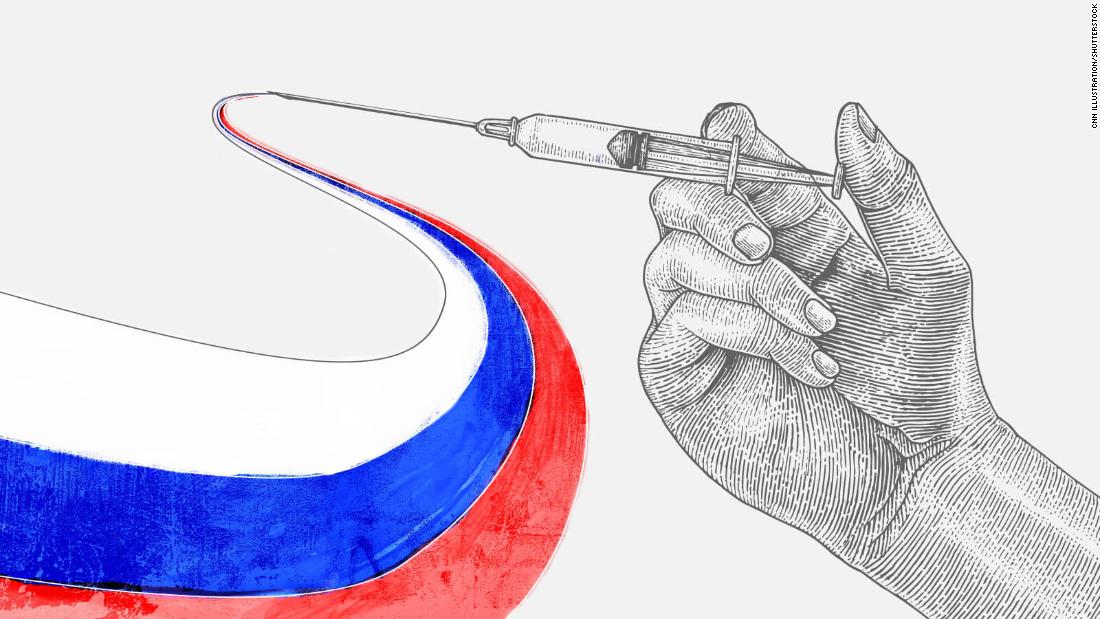 Kent Sepkowitz is a CNN medical analyst and a physician and infection control expert at Memorial Sloan Kettering Cancer Center in New York. The views expressed in this commentary are his own. View more opinion at CNN.

(CNN)Last Thursday, security officials from three countries told us that Russian hackers were targeting organizations involved in Covid-19 vaccine research in the United States, Canada and the United Kingdom.

At first glance, this seems like an old school Cold War story with everyone other than James Bond involved. All of the familiar elements are present: a shady group of Russians called APT29, which also goes by the name “Cozy Bear” — the same group accused of hacking the Democratic National Committee in the run-up to the 2016 presidential election — and a stout denial of wrongdoing from Kirill Dmitriev, who leads the Russian Direct Investment Fund (RDIF), the country’s sovereign wealth fund, which has invested in at least one company developing a vaccine. “Accusations … regarding hacking attacks against western pharmaceutical companies are an attempt to tarnish the Russian coronavirus vaccine,” he said.
Dmitriev, who was educated at Stanford and Harvard Business School, further pressed Russia’s innocence by announcing Friday that AstraZeneca, the UK-based pharmaceutical company that is working on “the Oxford vaccine,” has agreed to allow production in Russia by a company supported by the RDIF. Despite the deal, Dmitriev said he believed the Russian vaccine was superior, so much so that he and his septuagenarian parents have already received a dose.
Still, Dmitriev insists this is a story of countries needing to “pick sides” regarding which vaccine to buy and distribute to its citizens. In his view, this is a super power race to the top that features the US, China, the UK, and, of course, Russia, as the contestants.
This approach to market dominance echoes President Donald Trump’s reported March offer of “large sums of money” to a German company to get first and only dibs on their candidate vaccine. Or his more recent swoop and run of almost all available remdesivir – keeping the only drug that has an emergency use authorization from the US Food and Drug Administration to treat Covid-19 largely in America’s hands.
But Dmitriev’s bullying “pick sides” directive and Trump’s “buy it up” approach arise from the wrong set of assumptions. As strangely comforting, or at least familiar, as the superpowers-seeking-world-dominance story might be, it does not fit with the reality about medical discovery. Medical advances have saved countless lives, earned billions of dollars of profit and made dozens of scientists world famous. But unlike the arms race or the race to space, where there were just two belligerents with deep pockets and an urge for world control, in the medical domain countless other companies, countries and international consortia are in every race. And they all can and will beg, borrow, and steal from each other.
There were no competing commercial companies looking for a piece of the action when the atomic bomb was built or when Mercury One was launched into space. But in the medical world there are. Lots of them.
Consider a drug like the antidepressant Prozac (fluoxetine), introduced in the 1980s and one of the first billion-dollar medications.It was the only available drug in its class for a few years but then the market caught up to it and spawned similar compounds. Then the generics started grabbing a piece of the pie. Same story for the statins. And antibiotics. And sleeping pills. And heartburn medicine. Yes, the first one to the approval gets the first billion but soon after that everyone else gets into the action.
Of course, the extreme urgency to get a vaccine up and into millions of people as soon as possible changes the story somewhat. But as of July 15, we have 23 vaccine products that are being tested in humans and another 140 in various stages of pre-clinical development, according to the World Health Organization.
Given the public health crisis at hand, the need to make political hay, and our chronically imbalanced perception of risk and benefit, many of these products are likely to be approved or at least given FDA Emergency Use Authorization. Plus Russia and some other countries have a less strict system for regulatory approval. According to Dmitriev, the Russian vaccine will move from a Phase 1-like study (small and focused on safety) to delivery to the general population in just a few months — an unheard of pace in the West. This beat ’em to the punch approach overlooks the long history with other medications used in desperate situations, especially cancer, when borders become quite porous and what is approved in one country quickly finds its way to the next.
These unique conditions likely will lead to multiple vaccine products becoming available one way or another. Determining efficacy will be difficult and subject to squabbles among experts but — if we are lucky — the first generation of Covid-19 vaccines will be 50% to 60% effective, similar to the influenza shots on a good-match year. And the side effect profile hopefully will be favorable, though in the recent Moderna product, which is entering a large definitive Phase 3 shortly, 21% of patients at the most potent dose had one or more “severe adverse events,” including severe fatigue, headache and chills.
That does not even consider the questions about second vaccination and sorting out whether it is safe or advisable to vaccinate with one product now (maybe the Oxford?) then another later (hmm, I would like to try the Moderna, thank you) in hopes of bigger and better immunity.
I suspect we are about to enter a vaccine free-for-all with preferences based on extremely sparse information. Indeed, the recent “debate” over the efficacy of hydroxychloroquine in the treatment of Covid-19 will pale in comparison to the data-lite, opinion-heavy give-me-that-one-now “national discussion” we are about to enter into.
It’s unclear what, if any, information was collected from the putative Russian hack. Given the inevitable confusion ahead, getting to the head of the line just does not make sense as an explanation, at least from a financial windfall perspective or a saving lives perspective. But the need to dominate voiced both by Trump and the leader of Russian vaccine efforts, Dmitriev, makes the likely reason for any sneak attack all too clear. It’s less about saving the world with a vaccine than about beating the other guy and taking home the first place medal.