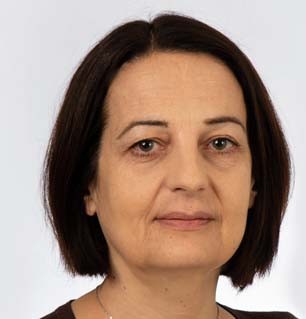 Recent moves of note in and around the biotech and pharma industries.

Paris-based clinical-stage company Abivax has announced the appointment of Sophie Biguenet (photo) as chief medical officer, succeeding Jean-Marc Steens, who is retiring after six years in the position. Biguenet brings 25 years of academic and biopharma industry experience, having most recently served as CMO at Versantis.

“We are excited to welcome Sophie Biguenet at Abivax, benefiting from her extensive experience and competencies to successfully drive the clinical and medical developments of the company in the future,” said CEO Hartmut Ehrlich. “The months to come will be extremely important for the strategic orientation of Abivax, with top-line results of our three clinical programs conducted with ABX464 to be available in Q2 2021, namely the phase 2b induction study results in ulcerative colitis, the phase 2a induction study data in rheumatoid arthritis and the results of the phase 2b/3 trial in high-risk COVID-19 patients.”

Digital biology company Recursion has appointed R. Martin Chavez as chairman of its board of directors. Formerly chief information officer at Goldman Sachs, CFO and global co-head of the firm’s securities division, Chavez first joined Recursion’s board in 2020.

Mary Kay Fenton has been named CFO of clinical-stage cell therapy company Talaris Therapeutics. She previously served as vice president, strategic operations for Vertex Pharmaceuticals’ cell and genetic therapies unit and before that was CFO and COO of Semma Therapeutics.

Stephen Hahn, who served as US Food and Drug Administration commissioner from December 2019 to early January 2021, has joined the board of directors of Blackfynn, a University of Pennsylvania spinout developing therapeutics for Parkinson’s disease and neurodegeneration. Hahn is a radiation and medical oncologist by training who previously held senior leadership positions at MD Anderson Cancer Center and the University of Pennsylvania.

Moderna has announced that Elizabeth (Betsy) Nabel, former president of Brigham Health, has been appointed to the company’s board of directors. Nabel was a member of Moderna’s board from December 2015 to July 2020; she resigned to alleviate any potential concern about the conduct or the outcome of the COVID-19 vaccine trial when Brigham and Women’s Hospital was chosen as one of the clinical sites for the phase 3 trial. In addition, Moderna has named Jonathan Hoggatt as director of hematology. Hoggatt, a principal faculty member at the Harvard Stem Cell Institute, is a scientific cofounder of Magenta Therapeutics.

Genome-engineering company eGenesis has announced the appointment of Sapna Srivastava as CFO. She joins the company with more than 20 years of experience in the biopharma industry and on Wall Street, most recently serving as the chief financial and strategy officer at Abide Therapeutics.

Ken Takeshita has been named Daiichi Sankyo’s global head of R&D. He succeeds Junichi Koga, who is retiring after 12 years at the company. Takeshita was formerly global development head at Kite Pharma.

Biocon has announced the promotion of Shreehas Tambe from COO of Biocon to president and deputy CEO of its subsidiary, Biocon Biologics. Tambe joined Biocon in 1997 and has led large, diverse teams in R&D, manufacturing, and projects and engineering.

Centessa Pharmaceuticals has announced key additions to its leadership team. Gregory Weinhoff joins the company as CFO, while Mary Lynne Hedley, Robert M. Califf and Samarth Kulkarni join Centessa’s board of directors. Weinhoff most recently cofounded and served as chief financial and business officer of Arvelle Therapeutics, which was acquired by Angelini Pharma in 2021. Hedley is a senior fellow and strategic advisor at the Broad Institute and former president, cofounder and COO at Tesaro. Califf is currently head of strategy and clinical policy for Verily and Google Health. He served as the commissioner of the US Food and Drug Administration from 2016 to 2017. Kulkarni is CEO of CRISPR Therapeutics and was formerly a partner at McKinsey & Company.

Beijing-based InnoCare Pharma has appointed Sean Zhang as chief medical officer. Zhang has more than 30 years of clinical, academic, and drug discovery and development experience. He was formerly chief medical officer, CEO and a member of the board of directors of Hengrui Therapeutics. He will be based in the US.