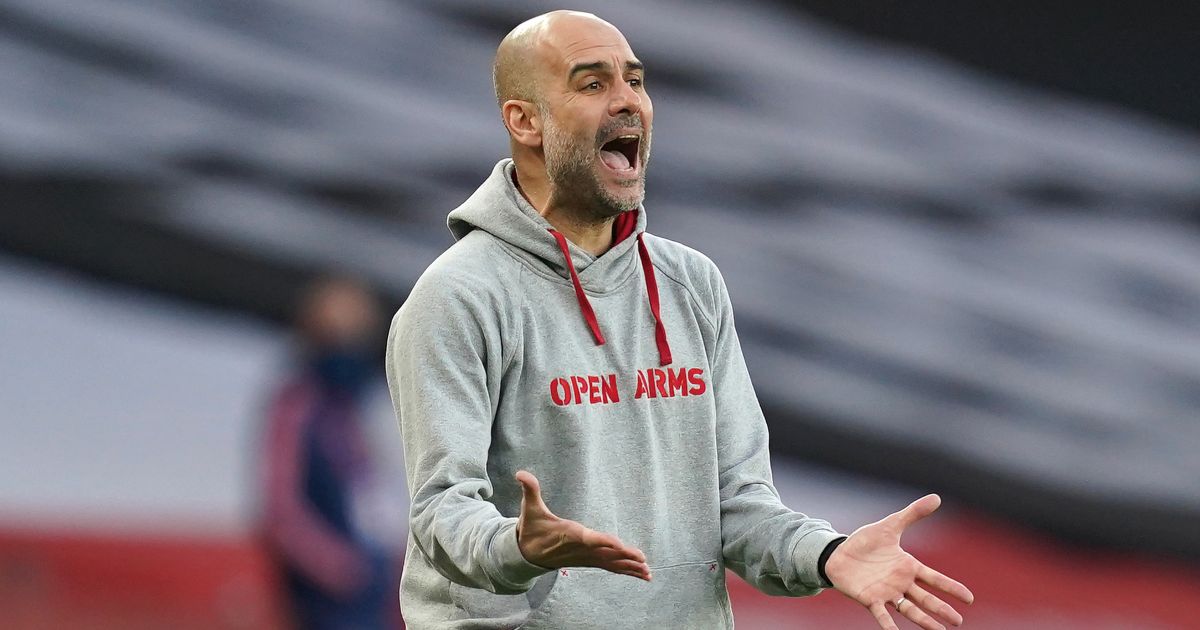 Keep your mails coming to theeditor@football365.com…

An alternative version of football

Great idea in the mailbox about another version of football with contact and no VAR.

I’d like to expand on that and add some more rules… how about putting a limit on the maximum number of players in your defensive third of the pitch during open play?

This would get rid of the usual pattern of today’s football which is 10 men behind the ball and the opposing winger running across and passing backwards because of the wall of bodies in front.

I’d also like to get rid of the effect “expected goals” has had on the game where there are no crosses or long shots.

A YouTube video called “Breathtaking goals 05/06” from the official Premier League channel popped into my recommendations the other day and holy sh*t – it made me realise that it isn’t just rose-tinted nostalgia. Football was better then. By contrast, Trent Alexander Arnold’s “screamer” last week looked bog standard compared to the 05/06 video.

I also lay the blame of the state of modern football at Pep Guardiola and Monday Night Football for bringing such a level of tactical nous to the game that it’s just become too overthought and passive.

So maybe we can limit punditry to the classic “he’s got pace, he’s got power, speed and aggression” soundbites of the Hansen era.

Actually, can we just get a time machine and go back to the 2000s? Watch the video and tell me the game is better today. I dare you.

Ignore him and he’ll go away

Mourinho doesn’t need to apologise, he just needs to be ignored. He is a busted flush and needs to be treated like the spoilt egomaniac that he is, and there would be no greater pain for him than to be invisible. Let’s hope it happens soon, and the 1st producer in Sky or BT that suggests hiring him needs to be taken out the back.

A song for Jose

My Spurs is brilliant

My game is brilliant

My name is great

I saw Ole at United

Of that I’m envious

He smirked at me, at the tunnel

He is now, The Man

And, I lost much sleep over that

I played my game, in crappy place

And, I knew what I’ll do

But, we played on by

I could see from Ole’s face that he was,

But, VAR choose to view it again

And now, we share a saga that will drag to no end

I play my games, in empty places

And (Spurs) fans can’t yell at me.

Rich, AFC must be fun at parties but he is correct that the Lamela / Tierney incidents are different of course. Was just saying that United could have been reduced to nine but instead the commentators etc chose to focus on the disallowed goal where – like it or not – Stockley park and the actual game ref after looking at it a million times decided it was a foul. And as for Ole, he’s got a brass neck given Bruno Fernandes’ antics.

The wider point I was making was around the commentary / pundits and how it annoys the hell out of me when it seems imbalanced. Like the reaction of Alan Smith after Lamela’s unbelievable rabona, gloomily saying how it ‘trundles into the net’. I forgot to mention the Pogba elbow on Aurier (with a lot of force) as well but again, nothing… into the abyss it goes.

VAR – the improbable as probable

I just want to be clear on the point being commented by Andy (MUFC) in that I think the whole ‘things balance out’ cliche is utter bollocks – a trite phrase bandied about by lazy pundits. The problem is that there is no way to prove it unless you note every ‘poor’ decision and create a table. But with VAR, there are a couple of websites actually tracking every VAR decision, the reason it was given and/or turned over and then the net impact. I was surprised at the range of that impact. 11 goals difference between clubs who have benefitted or been negatively impacted. (Remember, these are the net impacts after taking the positive and negative decisions for each team.) 11 goals represents 16% of City’s total goals and 27% of the average goals scored across the Premier League. That is quite a significant impact.

Now the question is, how many of those are poor decisions? Well, there have been at least 3 this season against Liverpool that are armpit, shirt sleeve, toe of boot type decisions that I can recall. I watched the grainy images, using lines thicker than the toe of a boot, a short sleeve or an armpit be used to determine the final decision. The problem is that regardless of how good the Stockley Park crowd is, the technology is not up to the task.

The VAR cameras are recording at 50 frames per second. When ranking the top EPL players, Mane and Salah are in the top 10 and all of the top 10 average around 24mph. This translates to 35 feet per second or just over 8″ in each frame. So trying to judge where an attacker is standing relative to a defender, an armpit, boot toe or shirt sleeve, when there could be as much as an 8″ difference between the frames is quite the trick.

This also assumes that you can map the off-side line to the exact moment the ball leaves the passing players’s foot. However, the 8″ between frames applies equally. Frame 1 could be before the ball has been played, while Frame 2 is after the ball has been played. If we use Frame 2 as the determinant of when to check the off-side line, we have already added in a significant margin of error.

No amount of farting around with multiple perpendicular lines going up to the armpit, shirtsleeve or boot of an attacker is going to change the built-in margin of error – which far exceeds the exactitude the refs at Stockley Park are implying they are working with. Its smoke and mirrors at a London pea souper fog best.

In reality, there have been numerous, incredibly marginal off-side calls that, in my onion, are complete balls. There is no actual way within the current limits and margin of error with the technology being used that these can be clear and obvious decisions.

There is a great and fitting quote to what is being perpetrated by VAR and Stockley Park: “Farce treats the improbable as possible, the impossible as possible.”

Leeds and Lingard top of Premier League winners and losers

…I read a comment that players should have sensors in their boots to help define offside and whilst I think this would be too hard as you you would need them in four or more places. Offside VAR has two problems when the ball is played and the offside lines. If we had tech in the ball to tell us when force was applied to it we would know the exact moment a ball is kicked (would also be able to tell us how hard a ball was hit and other cool info like if a defender touches the ball in a tackle). If we changed the line to a vertical pane, semi transparent if needed, so you can measure up the furthest point back of the defender and then you have a visual of anything breaking it. No need for a second line and anything past the pane that isn’t the hand or a arm upto the shirt is offside. Would have solved the West Brom debacle this morning (evening your time).

(Ps. Covididiots indeed, poor Leicester, but so much fun if West Ham and Moyes make it)

VAR is all part of the show

For as long as I can remember, football is the sport that makes the very back page of the papers, and alot of the time the very front page. Not rugby, not F1, not cricket etc. This is mostly due to on field and off field controversy, long before VAR and now during VAR.

The questions seem to keep revolving around what is at fault with football – is it VAR, is it the refs. From the pre-VAR era, I’ve always held the belief that I do during VAR… the controversy is there because the upper echelons of football want it to be there. They want this sport as close to wrestling ‘entertainment’ as possible.

As football fans, we want the right decisions (when it suits our team). But for the money makers, there are people in the shadows who want controversy. We are living in their world and never even acknowledge that most of the time.

Gary B (Footballs not gone folks, the ‘entertainment’ game is just changing for money)

A tribute to Sean Dyche

I recently became a user of Instagram for the first time. I am really enjoying this experience, however, a Premier League manager joined Instagram at around the same time as me.

Sean Dyche has done a simply magnificent job at Burnley, I personally thought a tribute to this often underrated manager was long overdue.

As the great Lloyd Grossman used to say on ‘Through the Keyhole’, “Let’s look at the evidence”

Sean Dyche got Burnley promoted to the Premier League, then suffered relegation back to the Championship immediately.

Most managers would have sought a new challenge at this juncture in their career, but Sean decided to stay loyal to Burnley Football Club.

Promotion back to the Premier League was immediately achieved, however the critical question from the relevant stakeholders at Turf Moor was could Burnley stay in the Premier League, and, somehow on a shoestring budget in comparison to much more illustrious and wealthy clubs, be competitive at this notoriously unforgiving level of top-flight football?

Sean Dyche and his staff have answered that question both consistently and emphatically.

Amazing results, streetwise recruitment, and a team spirit instilled right from the manager himself have turned Burnley into Premier League regulars.

Whilst still not entirely mathematically safe, another season in the Premier League is almost certainly guaranteed.

Congratulations to Sean Dyche and all of the staff and supporters of Burnley Football Club, long may this success story continue.