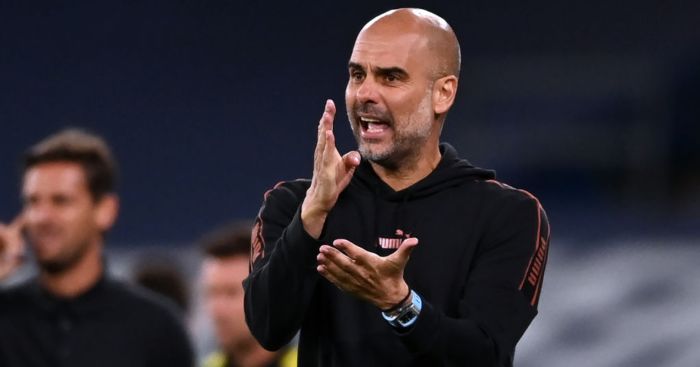 Premier League have received a lot of criticism from fans, pundits, players and managers of late. This coincides with their new ruling on handball in games in the top flight.

If penalties for handball carry on being given as they are, we are on course to have more spot-kicks this campaign than in any other Premier League season.

Penalties are being given if the ball strikes a players arm that is positioned away from their body. Currently, the distance between player and ball is not being taken into account when giving decisions.

This has led to some highly condemned penalties being awarded in the opening few weeks of the season.

In an interview with Manchester Evening News, Guardiola gave his take on the new handball ruling:

“Football is an unpredictable game – the hand from Dier, the one against United, against Arsenal.

“Everyone knows if there’s an intentional hand. One guy jumping in the box to make a deflection and it can go to the hand – you get a penalty, that is quite ridiculous.

“But hopefully the referees and managers can decide the best for the game, to be most fair.”

Guardiola’s men have had a tough start to the new Premier League season. They overcame a late onslaught to pick up a 2-1 victory over Wolves in their opening game.

They then suffered a damaging 5-2 defeat to Leicester City. Jamie Vardy scored a hat-trick and three of Leicester’s goals came via penalties.