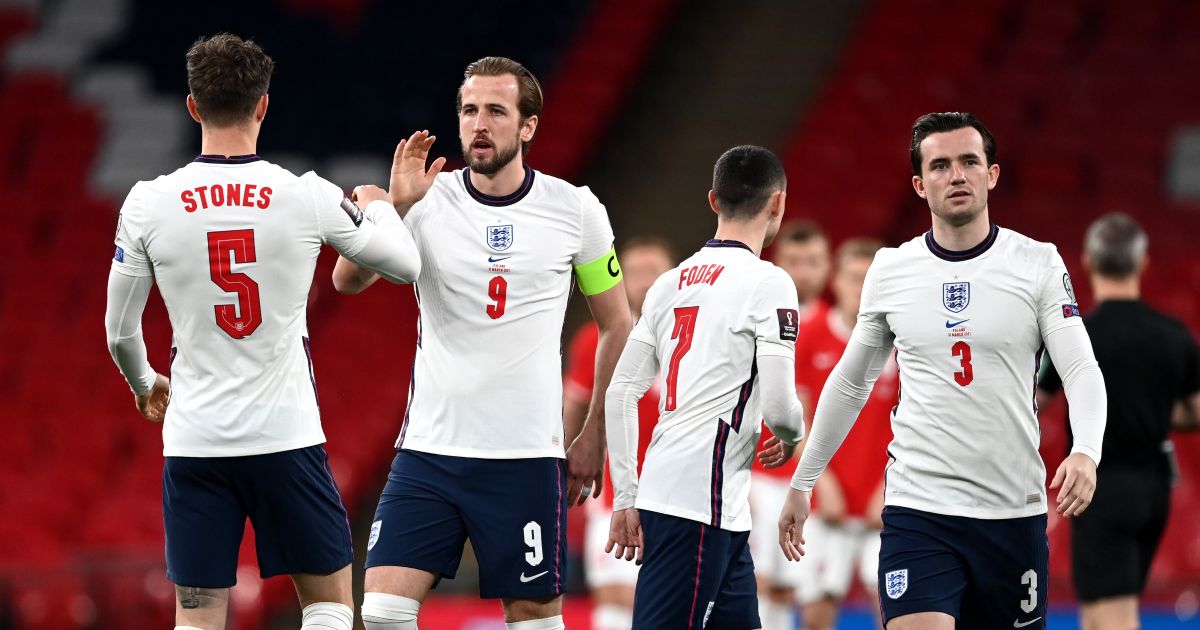 John Stones dropped his first clanger in some time but did at least atone for his mistakes. One player set their reputation back an awful lot.

NICK POPE
Somewhere, perhaps staring at a big hole with Ian Woan, Sean Dyche must have been furiously wolfing down his worms while wondering what England have done to his beautiful boy. This international break has not taught us a great deal but among the few lessons is that Nick Pope does not suit any style of play that Gareth Southgate wishes to implement. He spent the first half proactively coming off his line to intercept Poland’s deliveries over the top, but then he booted the ball at Declan Rice and was on an entirely different spectrum to John Stones, never mind the same wavelength. As much of a mess as the Manchester City defender made of it, Pope served him a sh*t sandwich of a pass before the goal. The Jordan Pickford rave is coming back and there is nothing anyone can do about it. Except maybe Dean Henderson but probably not.

KYLE WALKER
The legal obligation would be to say he defended his flank diligently while providing support in attack. The statistics tell us he made no tackles and no interceptions while having no shots, key passes or dribbles. Yet he did nothing wrong whatsoever and that late display of recovery pace to retrieve the ball from Kamil Grosicki will be justification enough for Southgate when it comes to his choices in the right-back position this month.

Well that’s a shame. It does feel a little like that five-minute sequence of second-half brainfarts does not happen with Ederson there instead of Pope: he would either have come out to deal with the first through ball or stayed closer towards his line to offer an option instead of settling on a non-existent middle ground; and that pass for Moder’s goal really did not set Stones up well in any case. But in both instances he poured petrol on emerging fires with his particular brand of almost nonchalant defending. It works with better teammates, as his club performances have shown, so it should not be underestimated how difficult that adjustment must be. An excellent assist went some way to atoning for those errors, while underlining his new-found resilience.

HARRY MAGUIRE
Hit. A quietly commanding performance capped with an authoritative goal. His ceiling might be lower than certain other players but Maguire seems to be raising his floor in recent months. That is no bad thing. The man is becoming far more reliable for club and country while retaining those lovely battering ram runs from deep.

BEN CHILWELL
Some lovely link-up play with Mount but Chilwell was robbed in possession for one of Poland’s better moves as they showed a little more ambition in the second half. He is generally tidy and not much else. Would be willing to bet my entire life earnings that he has never been given anything other than a six or seven out of ten in actual player ratings.

DECLAN RICE
The closest any individual came to dictating the tempo was Rice in the first half, whose decision-making and execution of passing really is awfully underrated. There were also some crucial interventions as he often helped calm a nervous, fidgety defence. His five tackles were more than twice as many as any teammate but to focus on that would be to overlook how comfortable he has become on the ball: one dribble in the first half saw him carry it from midfield before laying it off and continuing a decoy run to the right wing. He really is very good. 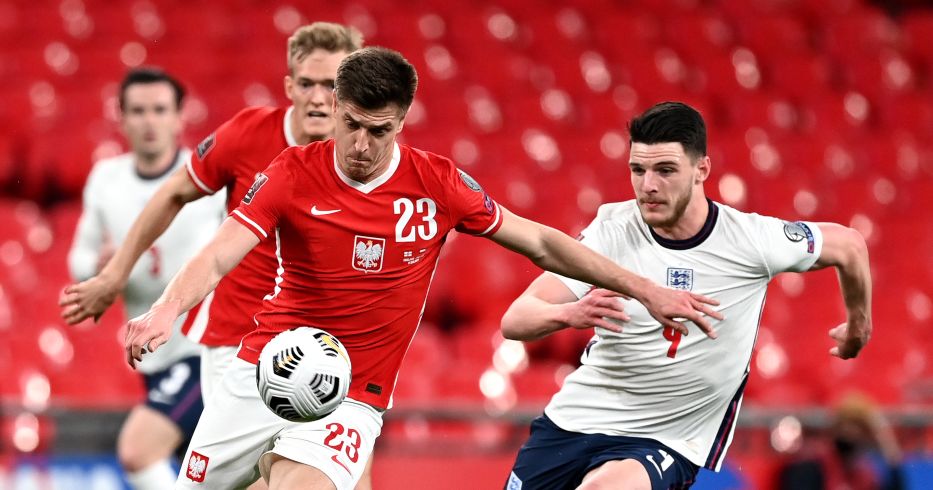 KALVIN PHILLIPS
Not entirely sure he had all that much of an impact in terms of how they played against Poland. He was certainly important in the first half, maintaining a perfect passing accuracy as both sides settled into their shapes. But after the break he gradually became more redundant as time went on.

MASON MOUNT
He pretty much has to play if England wish for their midfield and attack to remain in any way connected. Almost everything ran through Mount in the early stages, from his clever approach play with Chilwell to the more delicate touches in finding Foden and Sterling. Also led the press in typical fashion, which might offer some explanation for no other player committing more fouls for either team. A curmudgeon might suggest that three shots with none on target is a little too wasteful.

Did not misplace a single pass in his 85 minutes, which is faintly ludicrous for an attacking player. Won the ball back for the penalty and provided a sumptuous first-time flick into Harry Kane Territory to force a Szczesny save. Forced a decent save on the counter-attack as England retreated in the second half. Took the match-winning corner. Is good at football.

HARRY KANE
Loves a quick free-kick. Loves a penalty. Loves defending corners. Loves long walks on the beach at sunset. Loves the dark arts. Was fouled at least two more times than any other player, which he admirably tried to make up for by renewing north London-based hostilities with Wojciech Szczesny. Should and will ignore those strange critics of his playing style considering it is clearly rather effective.

RAHEEM STERLING
The answer on that basis is most certainly yes. Sterling spent a great deal of the first half trying to give Poland defenders motion sickness, with only Jan Bednarek able to resist his dribbling charm. The run for the penalty was equally brilliant and awful as Michal Helik chose to slide in only after he had overrun it and had nowhere left to go. The slaloming past about five players a little later was phenomenal. He should have either passed to Foden or shot much earlier when a counter-attack left England in a two-versus-one attacking position. Sterling’s eventual choice of neither sums up how frustrating he can be, but those earlier moments encapsulated his instinctive brilliance.

REECE JAMES (on for Foden, 86)
Tried a clearance. Struggled.

DOMINIC CALVERT-LEWIN (on for Kane, 89)
Almost won a header.

JESSE LINGARD (on for Sterling, 90)
Why did Southgate wait so long to make his substitutions?