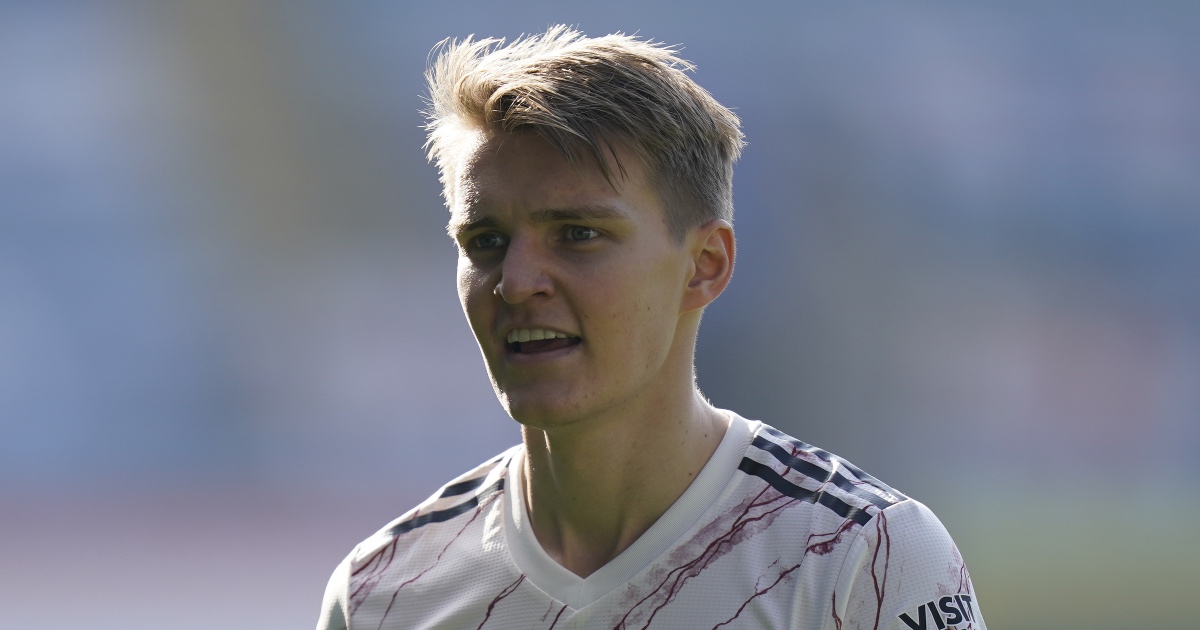 Real Madrid are ready to sell Arsenal loanee Martin Odegaard this summer, according to reports.

The playmaker has been linked with a permanent Emirates move after impressing under boss Mikel Arteta.

He’s bagged goals in recent wins over Olympiacos in the Europa League and Spurs in the north London derby.

According to The Times, Real are hoping to offload Odegaard to improve their chances of signing Erling Haaland.

The Borussia Dortmund striker has been given a €150million price tag for the upcoming transfer window.

If Real want to wait until 2022 then they will still have to pay at least £68million for the 20-year-old.

Los Blancos’ finances have been badly impacted by the ongoing COVID-19 pandemic. That means they will need to sell players like Odegaard if they want to win the race for one of Europe’s best wonder kids.

The news puts Arsenal in pole position to land Odegaard on a permanent deal in the coming months.

It’s not known whether they have first refusal to sign him, but Real have a decent working relationship with the Gunners.

Reports revealed recently that it would take a £52million bid to make Odegaard’s move permanent.

That kind of sum would massively boost Real’s pursuit of Haaland.

Arsenal technical director Edu Gaspar could sanction the move if he and Arteta view Odegaard as a future first-team regular.

Given his impact on the team since January, it looks like that will be the case.

In the unlikely event that Arsenal are rebuffed by Real, then they may target Real Betis’ Nabil Fekir.

The 27-year-old has scored three goals and assisted six more this campaign.

He said: “Fekir is a real handful. He can score goals, he can create, he is strong, quick and has a wand of a left foot.

“I was hearing he is available for £26million, I’m telling you, put the money down now.

“He is a top player. £26million? Arsenal, put the money down now because that is a very reasonable price.”