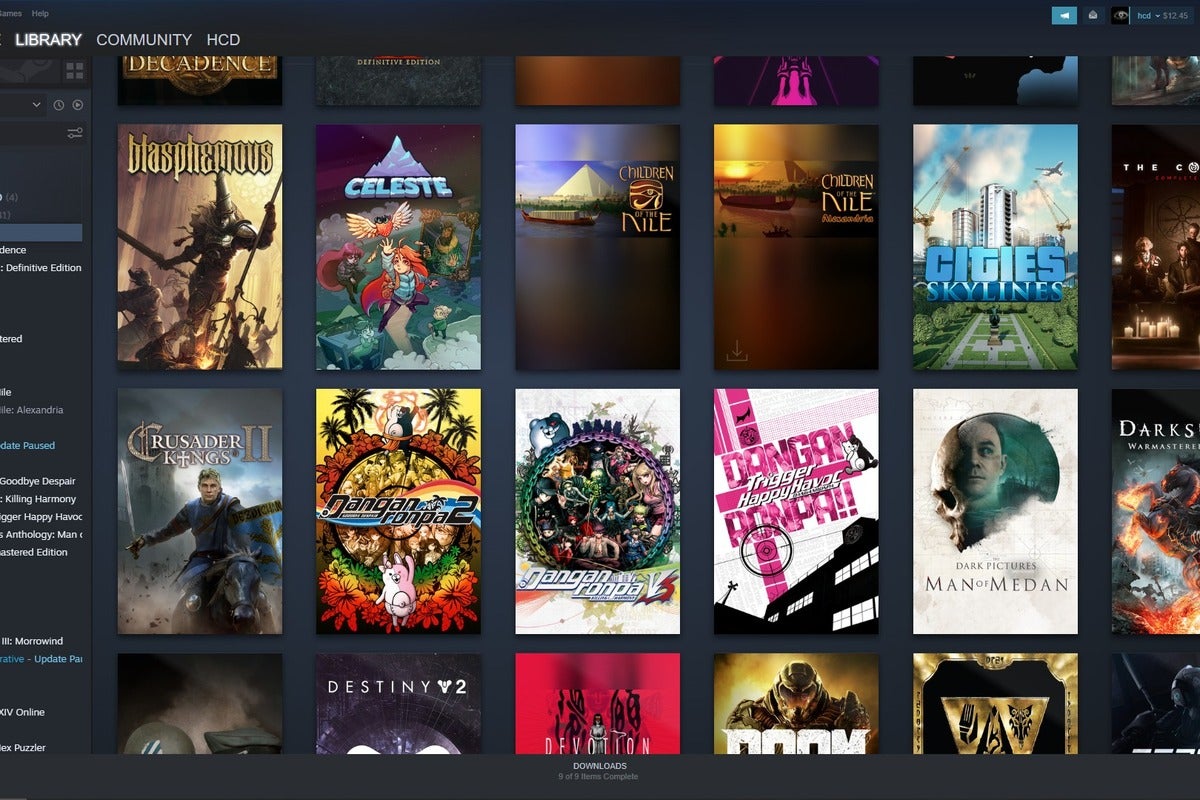 If at first you don’t succeed, build a Nintendo Switch clone. Valve, the company behind the uber-popular Steam video game marketplace, is reportedly building another piece of mainstream gaming hardware. This time around it’s rumored to be a Switch-like handheld console that runs Linux and that might launch by the end of 2021, according to Ars Technica.

The report comes after Pavel Djundik, who runs the Twitter account SteamDB, noticed references to something called “SteamPal” in the latest beta for the Steam desktop client. It’s not clear if SteamPal will end up being the official name of the rumored device, or if it’s just a codename during development.

The details that Ars has on this supposed device are scarce, because Valve is still in the prototype phase. The essentials are that it’s an all-in-one PC with a touchscreen and built-in Joy-Con-like controls on the sides of the device. The controls likely wouldn’t be removable, similar to other PC gaming Switch clones we’ve seen.

What the configuration for those controls will be is far from clear, but possibilities include thumbsticks and perhaps even a thumb-sized touchpad, Ars says. One thing you can bet on is that it won’t have a regular keyboard attached. It’s also not clear if this thing will have a Switch-like dock or if it’ll just connect to a larger display using a cable.

The notion of a Switch-like Steam gaming machine is both intriguing and surprising. Intriguing, because who wouldn’t love the idea of a portable PC gaming machine, and other manufacturers are already playing around with the idea as we saw at CES 2020.

Surprising, because we’ve already seen Valve fail, or at least not succeed, with traditional gaming hardware. The company’s Steam Machine push that began in late 2015 ended with a whimper three years ago. Its Steam Controller and the Steam Link that came out around the same time as the Steam Machine also faltered.

That was a shame as the Steam Link was a smart idea. The Link was a lightweight device that streamed games over a local network to your TV from a higher-powered gaming PC. Steam Link lives on as an Android app and is a lot of fun to use when you want to game on the TV without using a console. Steam Controller fans, meanwhile, have been holding out hope for a version 2 since 2019.

There’s no doubt that Valve can build hardware that critics love, and it has seen success in its push into VR headsets with the Valve Index. But VR is still a niche area where specialists can excel. The purported SteamPal, on the other hand, sounds decidedly mainstream.

So what will be different this time around? Perhaps the novelty of a Switch-like device at a good price will be enough to make it more attractive. Perhaps the rumored SteamPal will be tuned to run popular Windows-only games via the company’s Proton compatibility layer. Or maybe there will be a Windows option making all of that unnecessary.

We likely won’t get many answers until later this year, assuming this thing comes out at all.

Note: When you purchase something after clicking links in our articles, we may earn a small commission. Read our affiliate link policy for more details.

Ian is an independent writer based in Israel who has never met a tech subject he didn’t like. He primarily covers Windows, PC and gaming hardware, video and music streaming services, social networks, and browsers. When he’s not covering the news he’s working on how-to tips for PC users, or tuning his eGPU setup.