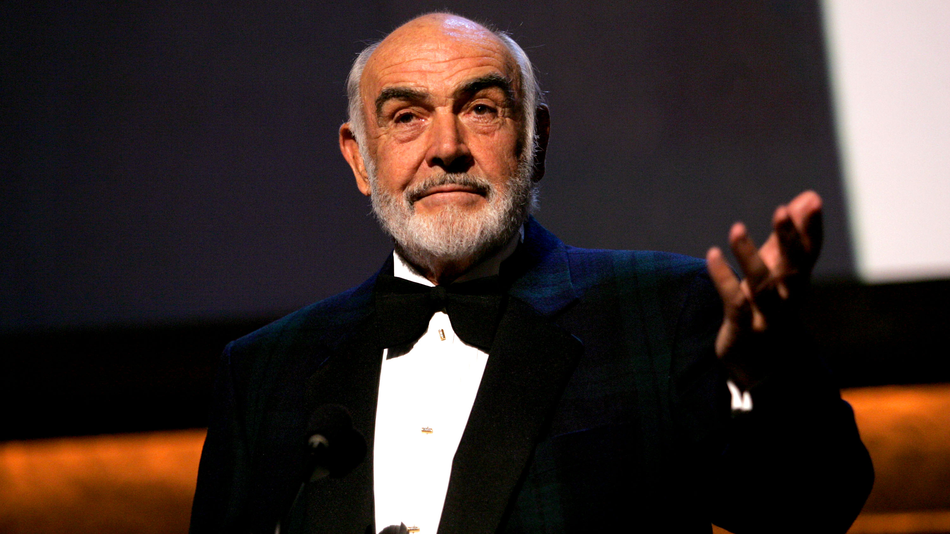 Sean Connery, the Academy Award-winning actor who was perhaps best known for his decade-long run as the original James Bond, is dead at the age of 90.

The Scottish actor “died overnight in his sleep, while in the Bahamas,” according to the BBC. The same report also notes that “it is understood he had been unwell for some time.” Connery’s publicist later confirmed that “he died peacefully in his sleep surrounded by family.” There will be a private funeral followed by a more public memorial “to be planned once the virus has ended.”

Although his acting career goes all the way back to the early 1950s, with roles in theater, TV, and film, it was Connery’s star turn in the first James Bond movie, Dr. No (1962), that amounted to his breakout. He would go on to play the famed MI6 age six times in total, in some of the series’ most famous films, such as Goldfinger and From Russia With Love.

Producers Michael G. Wilson and Barbara Broccoli: “We are devastated by the news of the passing of Sir Sean Connery. He was and shall always be remembered as the original James Bond whose indelible entrance into cinema history began when he announced those unforgettable words —

While Connery is the actor who helped make James Bond a silver screen favorite, the role also marked only the beginning of a long and illustrious career. He appeared in more than 60 movies in a career that spanned 50-plus years, including Hollywood classics like Murder on the Orient Express (1974) and A Bridge Too Far (1977).

Connery won his first and only Academy Award for his starring role in Brian de Palma’s gangster movie, The Untouchables (1987). He also famously starred opposite Nicolas Cage in the Michael Bay prison break-in blockbuster, The Rock (1996), and kicked off the Tom Clancy movie universe in 1990 with The Hunt for Red October.

But outside of Bond, some of Connery’s most memorable roles lie in the science fiction/fantasy and adventure genres. He famously starred in Zardoz (1974), a historically awful sci-fi film that has lived on as a favorite of the “so bad it’s good” cult fandom. He was also a key player in the Highlander series, a star of Terry Gilliam’s Time Bandits, and appeared as Indiana Jones’ father in Indiana Jones and the Last Crusade (1989).

Let’s also never, ever forget Dragonheart, the wonderful 1996 live-action fantasy movie starring Dennis Quaid in which Connery voiced and lent his likeness to a CG dragon. He maintained a mostly low profile following his formal retirement in 2006, though he did return to showbusiness in 2012 to voice the title character in the CG Scottish comedy, Sir Billi, which he also produced.

Connery is survived by his wife, Micheline Roquebrune, and his two sons, Jason and Stephane.

Every day on set with #SeanConnery was an object lesson in how to act on screen. But all that charisma and power- that was utterly unique to Sean . RIP that great man , that great actor . https://t.co/W8MQrFYlJ0

He was my Dad’s James Bond, so Dad supported Mr. Connery’s career his entire life, always taking me to see any movie his fave actor was in. I have sweet memories of watching Dad watch his movie idol. So Sean Connery’s passing also feels like I’m losing Dad again. RIP, Dr. Jones. pic.twitter.com/8ElVyac1kV

He had great innings! A gentleman, a lad, a teacher, and role model. The bagpipes in heaven are welcoming Sean. Thank you for the memories. God bless you Sir.
CP https://t.co/4FeqIe2B4d

Sean Connery was a movie legend, even far into his golden years. Our strongest Bonds were formed by him, and he was Untouchable. He passed today at age 90, a suave hero to the end.

Though all of his Bond instalments are fun and two are among my favs of the series (From Russia With Love & Goldfinger), here are some non Bond Connery films I dearly love; Hell Drivers (a supporting role, but a badass flick), The Frightened City (clearly a dry run for Bond) 2/4 pic.twitter.com/DFpsiIY8nb

Often, actors fall into categories or “types.” They find themselves being compared to others who display similar attributes. But once in a while, there r those who break the mold & shatter the norm to become a one of a kind. Brando. Nicholson. Connery. Today we lost a one of kind https://t.co/Ho43f26FWn

We are extremely saddened to hear of the passing of the legendary Sir Sean Connery. Memories of this outstanding actor and his unforgettable embodiment of superspy James Bond will forever be cherished at Pinewood. pic.twitter.com/DxODNzEHmb