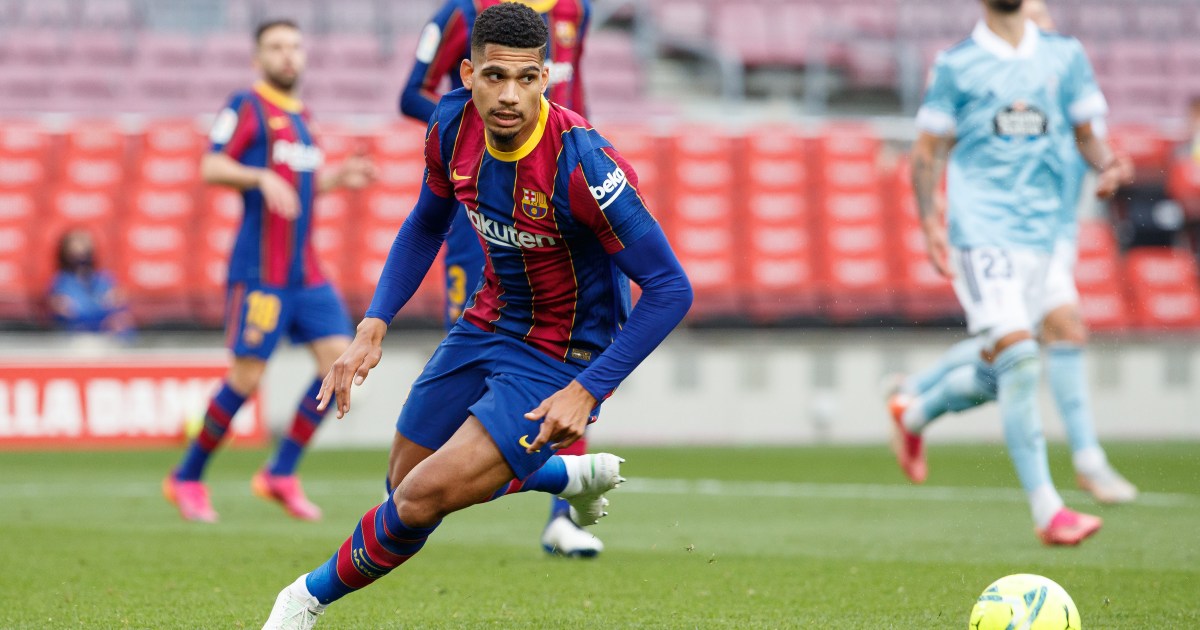 The Copa America is a platform for talent. In the past, dozens of fine young South Americans have used the tournament not only to gain glory for their nation but to launch themselves towards the top of the world game.

Adriano Imperador ruled in 2004, Lionel Messi shone in 2007, and Neymar and Alexis Sanchez weaved their magic in 2011. Now, the world’s oldest international competition is coming around again, kicking off with Brazil vs. Venezuela in Brasilia on Sunday, June 13.

Here, we’ve picked out seven of the young players who could make an impression in 2021 before going on to bigger and better things.

Caicedo stood out as one of the most exciting player in last year’s Copa Libertadores, having also helped his Ecuadorian club side Independiente Del Valle to the Copa Sudamericana title the year before that.

IDV have built a reputation as one of the best developers of talent in South America and Caicedo is quite probably their brightest graduate to date. Still just 19, he was snapped up by Brighton in January after a protracted transfer saga that also involved Manchester United.

Caicedo has the tools to become the complete central midfielder – he has good vision, great energy, can run with the ball, can shoot from distance, likes to break into the box… yeah, well, you get the picture. His former club manager Miguel Angel Ramirez told Marca: “Moises understands the game… He knows what the game demands at all times.”

Despite not having made his Brighton debut yet, he has already established himself as an integral part of Gustavo Alfaro’s quick countering Ecuador side and scored the opener in their 4-2 World Cup qualifying win over Uruguay last October.

A big, strong, athletic presence at the top end of the pitch, Campan stood out as part of a fine crop of Ecuadorian youngsters at the South American Under-20 Championships in 2019.

Jorge Mendes’ Wolves then snapped him up from his club side Barcelona (not that one, the Ecuadorian one) before loaning him out for the 2020-21 season to Jorge Mendes’ Famalicao.

He only played nine league games in Portugal, scoring twice, but Ecuador have kept faith and called him up for the Copa. One to watch, especially for Wolves fans.

One of the most well-known players on this list, last month Emerson completed a transfer from Real Betis to Barcelona as the last leg of a weird deal that saw Betis and Barca sign half an Emerson each in the summer of 2019 (a leg each, perhaps, or one gets the head and torso, the other gets the rest?).

Anyway, he spent two seasons on the green half of Seville honing his skills and looks to have developed nicely. He’s tall and quick – a bit like a Brazilian Kyle Walker – and combines those physical attributes with delightful ball striking technique.

After Dani Alves pulled out of the squad for the World Cup qualifiers that preceded the Copa, Emerson was called up in his place. With unconvincing ex-Manchester City man Danilo the other right-back option, he may well get a chance to shine at some point during the tournament.

Cuesta made himself a regular at club level in Colombia aged 17, playing for Atletico Nacional and has already got two seasons of European football under his belt with Genk, where he won the Belgian Cup this year.

Still aged just 22, the Colombian looks like he could develop into a beautifully assured defender.

He is exceptional in one-on-one situations and comfortable in the air despite not being the tallest, as his timing and anticipation are first rate. Yerry Mina and Davinson Sanchez are Colombia’s first-choice central defensive partnership at the moment, but if cover is needed, the uncapped Cuesta will not disappoint.

At 17, Enciso is the youngest of our picks here – and by a fair distance. The Libertad attacking midfielder burst onto the scene in 2019, making his senior debut aged just 15. Since then, he has gone about establishing himself as the player to watch in Paraguayan football.

In 2020, he debuted in the Copa Libertadores, coming on as a half-time substitute in the round of 16 as Libertad played Bolivians Jorge Wilstermann. He didn’t take long to make an impact, scoring just 35 seconds after setting foot on the pitch.

This year, he has gone from strength to strength, scoring four in nine games in the league, including one in the derby against Cerro Porteno, and another in the Libertadores, this time against Atletico Nacional of Colombia.

Enciso is quick, he’s clever, he’s very slippery, and he’s not afraid to have a crack at goal. Basically, everything you want from a South American prospect. He’s still uncapped so don’t expect him to start for Paraguay – but he could have an impact from the bench if given the chance, just like he has for Libertad.

When you look at Copa America squad lists, you don’t really expect to see any lads called Ben from Stoke-on-Trent. But here we are.

Despite being born in Staffordshire, 22-year-old Blackburn striker Brereton qualifies to play for Chile through his mother. He’s only been to Chile once, when he was still a baby, but Brereton is unsurprisingly pretty pleased to get a chance to play at a major tournament with the nation of his mother’s birth.

“It’s great and it’s a real privilege, particularly for my mum’s side of the family,” Brereton told the Rovers website. “It’s always been a dream of mine to play internationally, so it will be a great honour and I’m looking forward to it.”

“I’ve known for quite a while that they [Chile] were looking at me, but I just kept my head down and wanted to do well for Blackburn Rovers.

“Then just recently they’ve been in touch with me and my family, to let us know, and we’ve made the decision that we want to do it and give it my best shot. It’s a real honour, Chile are a great team to be a part of and my mum and my granddad, and all the family, are very proud.

“It’s really special for them. They were all in tears when they found out. It’s really exciting and they’re really proud of me and I can’t wait to play.”

The 22-year-old attacker got seven goals and four assists in the Championship last term and will be looking to push onto the next level playing alongside La Roja’s stalwarts like Arturo Vidal and Alexis Sanchez.

Brereton’s not the only talent to watch in the Chile squad, either. Alongside him will be Carlos Palacios, a 20-year-old attacking midfielder currently playing for Internacional in Brazil. His dribbling skills, intelligence and passing will see him become a fine player.

Araujo has already made name for himself this season, starting 22 games in all competitions for Barcelona and helping them to the Copa del Rey.

As Sebastian Coates and Diego Godin continue to get less young and even less quick than they already were, he may also be able to establish himself as starting option for the Celeste.

Araujo’s all-round game is very well developed for a 22-year-old and there is some talk that Everton were hoping to tempt him away from the Camp Nou, but Barcelona will surely not want him to leave this summer as they attempt to rebuild.

Ronald Koeman was clearly impressed with how his namesake adapted to the pressures of playing for the Barca first-team this year.

“Ronald has had a very good season,” Koeman said in February. “He is young and has learned a lot, he has shown his quality and physique. It is important to have strong and fast people. He must improve his game with the ball but defensively he contributes many things.”

The making of O Fenomeno in Brazil: ‘It was as if he had come from the moon’

Can you name every member of Brazil’s 2002 World Cup-winning squad?