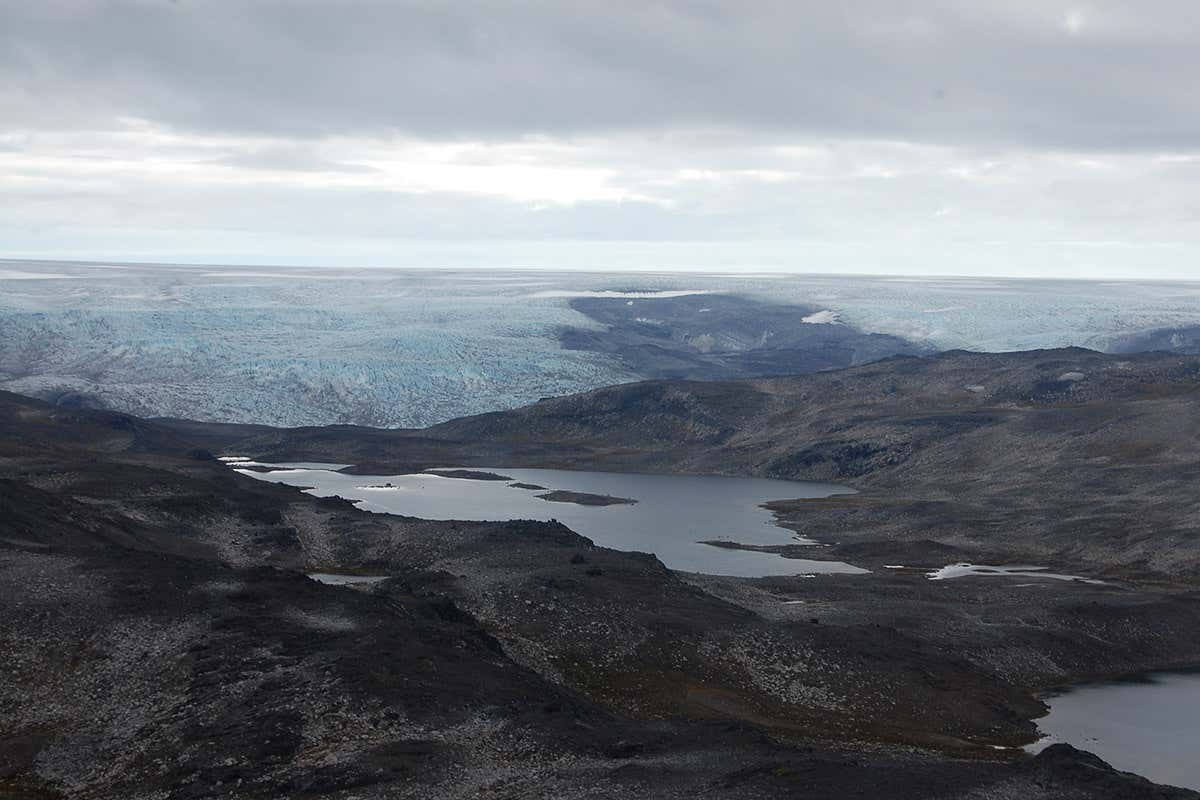 Chemical signatures in 3.7-billion-year-old basalt rocks from Greenland support the long-held theory that Earth was once almost entirely molten.

We know very little about what early Earth looked like – but one theory says that at several times it was almost entirely molten, a magma ocean. These oceans were probably caused by a series of massive impacts with other objects in our solar system that each generated enough energy to melt our planet’s interior. One of the last such collisions is thought to have formed the moon.

Now, Helen Williams at the University of Cambridge and her colleagues have found evidence of these early magma oceans in ancient rocks.

They collected samples of 3.7-billion-year-old basalt from the Isua supracrustal belt, an area of rocks in south-west Greenland, and measured the iron isotopes in them using chromatography and mass spectroscopy. They found unusually high levels of heavy iron isotopes – lighter ones are commonly found in younger basalt rocks.

These heavy iron isotopes are typical of the high pressures of magma ocean crystallisation, says Williams. “We are looking at a real signature of the process.”

The team found that the Greenland rocks contained iron-rich minerals that hold a history of repeated crystallisation from magma oceans beginning as early as 4.1 billion years ago. Some of the minerals may have formed at least 700 kilometres below Earth’s surface.

“The unusual ratios of iron isotopes are best explained by crystals having formed in a deep magma ocean and then being transported to the upper mantle where they melted again to form the Greenland rocks,” says Catherine McCammon at the University of Bayreuth in Germany, who wasn’t involved in the research. “Old rocks, such as the ones from Greenland, are melted reconstructions of ancient material.”

Although this is the earliest evidence of these magma oceans, the team is confident that they existed before this. But it is difficult to find ancient rocks from Earth’s earliest days that would preserve this evidence, because any such rocks have undergone so much subsequent geological modification that their original chemical signatures are lost, says Williams.