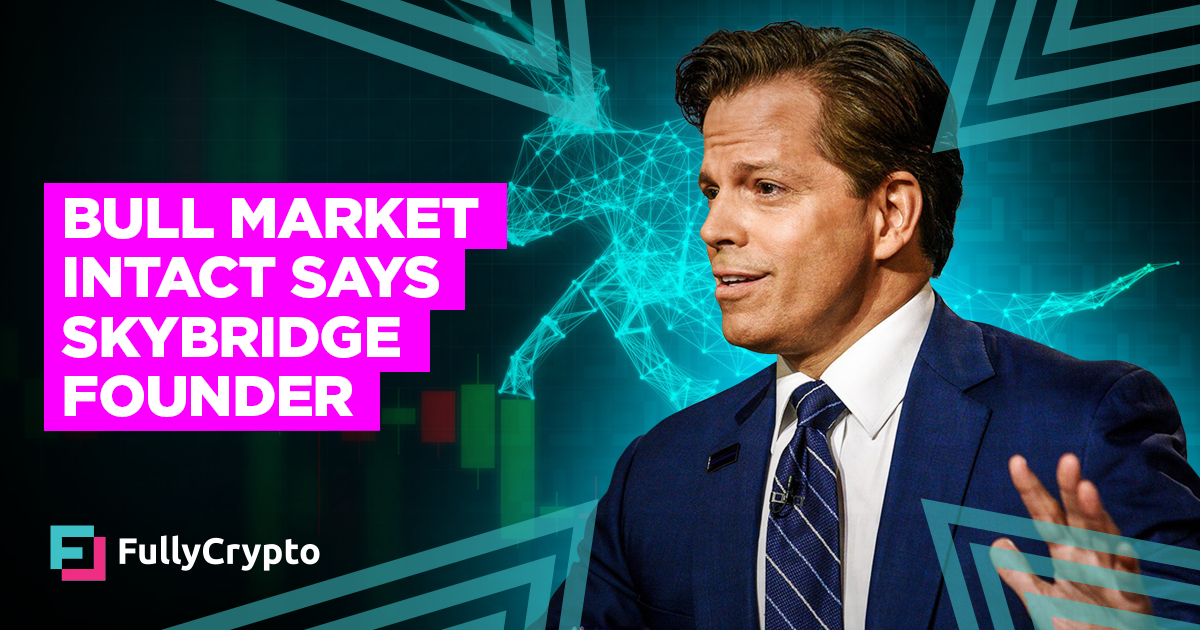 Anthony Scaramucci, SkyBridge Capital founder, believes that the Bitcoin bull market is not over yet. He argues that this Bitcoin slide is completely consistent with other slides that have taken place over the course of the last 12 years.

Scaramucci, who is also the former White House Director of Communications, appeared in CNBC’s “Squawk Box,” and stated that regardless of this week’s extensive sell-off in the cryptocurrency market, which resulted in the liquidation of around half-trillion-dollar from the entire crypto market cap, he thinks the bull market is intact for Bitcoin.

“I still think the bull market is in tact for #bitcoin,” says @scaramucci. “Most of the smaller players are using tremendous amounts of leverage– we think over $8.6B of crypto accounts were flat out liquidated yesterday….long term bitcoin is bouncing back.” pic.twitter.com/ajDo46boHt

Scaramucci mentions that most of the smaller players are using a tremendous amount of leverage. He added that according to their data, over “$8.6 billion of crypto accounts were flat out liquidated yesterday.” This enormous liquidation not only hit Bitcoin but it decimated altcoins as well.

Nevertheless, according to the savvy investor, long-term Bitcoin is bouncing back in a move he called “flight to quality in the crypto space.” The signs are already there, as soon as Bitcoin hit $30,000, institutions entered the market and bought the dip.

Over the past couple of weeks, Elon Musk has been raising the issue of climate associated with Bitcoin mining, pointing out that he is concerned with the environmental damages that can leave.

However, Scaramucci believes that this can be related to the business Elon Musk is in. “He is getting those carbon credits from the Federal government, and there are some concerns around the sustainability of that because of what’s going on in the information space related to Bitcoin,” he added.

According to Scaramucci, more than 40% of the Bitcoin mining operations use renewable energy, and the overall carbon emission for Bitcoin is 0.13% of the world’s carbon emission.

As covered by FullyCrypto, a couple of days ago, news of a China crypto ban rolled out. As per the news, China bans financial institutions and payment processors from “providing services related to cryptocurrency transactions.”

Scaramucci says that it is actually possible for China to ban Bitcoin. For one, China has a “closed economic system.” Plus, they wouldn’t want a competitor for their CBDC (digital Yuan).

Earlier this year, SkyBridge Capital predicted that Bitcoin will surpass $100,000 before year-end.