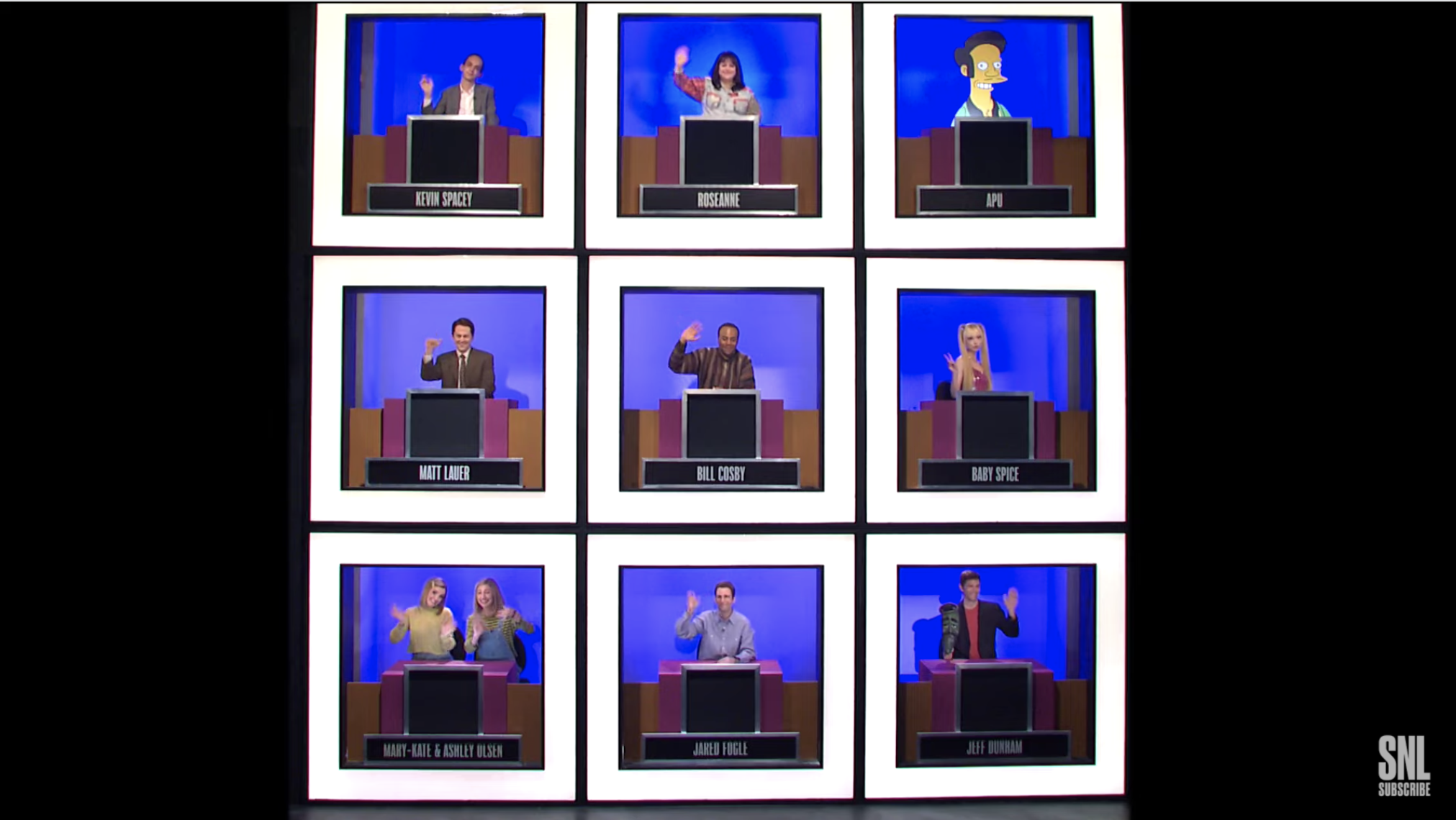 The Hollywood reckoning over the last few years has led to the downfall of many top celebrities who faced accusations of sexual misconduct, including Bill Cosby, Matt Lauer and Kevin Spacey. The stars’ tarnished reputation has triggered a reexamining of their work, with some of their shows and movies pulled from circulation.

Additionally, networks and streamers have added content warnings to old programs over outdated cultural depictions, especially those related to race, and there has been a movement to end racial stereotypes on-screen, which led to Hank Azaria walking away from his long-time character Apu on The Simpsons and several animated series recasting roles of Black/mixed-race characters who had been voiced by white actors.

The skit imagines how an episode featuring the above-mentioned celebrities would be edited to fit into the current cultural standards. You can watch it above.