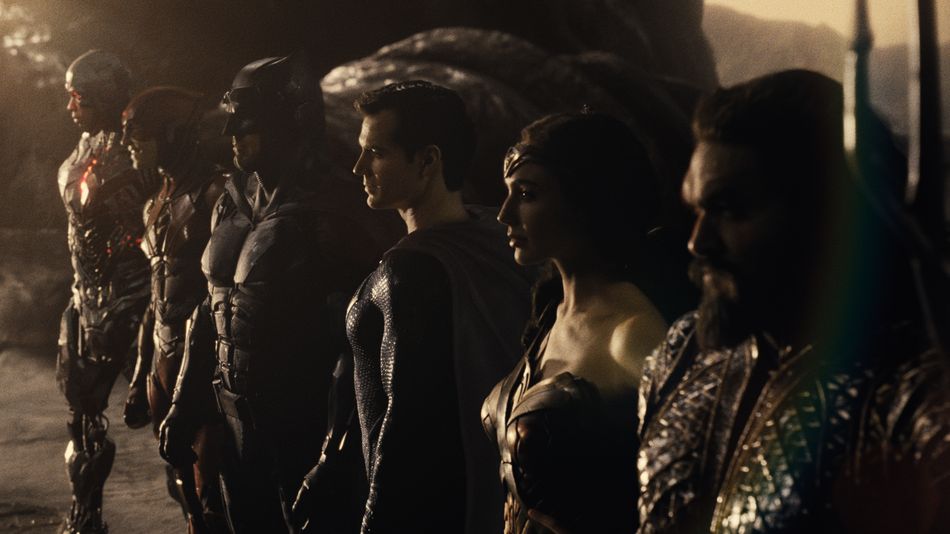 Now that the dust has settled, it seems obvious Zack Snyder’s Justice League has emerged victorious in the battle of the Justice Leagues. If online buzz and professional reviews (including ours) are anything to go by, the general consensus appears to be that Snyder’s newly released cut is a vast improvement on the 2017 theatrical version.

At the same time, though, it’s obvious certain parts of the film have more to gain than others from those two extra hours of run time. So who’s the winner among winners? By that, we don’t mean which character triumphs in the plot, or which character comes out looking the best. We want to know who gets the sweetest upgrades from Snyder’s vision — and who sees only minimal benefits.

To find out, we did some very scientific* calculations** and came up with a definitive*** answer. Below are our findings, in order of how much each element was improved by Zack Snyder’s Justice League.

* Not at all scientific
** Opinions
*** Completely subjective; YMMV

Steppenwolf is a much more fleshed-out character in ZSJL, with a clearer backstory and more explicable motivations. He’s revealed to be the disgraced minion of an even bigger bad, and his Mother Box plan is just one element in an even larger scheme — presumably laying the groundwork for an even more epic sequel we’ll probably never get to see. Intriguing?

Jared Leto’s Justice League cameo is reportedly among the few new sequences shot for ZSJL, and it garnered a fair amount of pre-release hype. His actual involvement, however, is limited to a single scene at the very end of the movie. The epilogue is an extended version of the “Knightmare” material we’ve seen before, which teases a dystopian future so bleak that Batman has been forced to turn to the Joker for help — though Joker, naturally, is much more interested in taunting him.

Just a few lines ago, when we said there was a bigger bad behind Steppenwolf? That would be Darkseid, who did not appear at all in the theatrical Justice League but gets a few scenes here to emphasize that he’s the one in control. In fact, it was he, not Steppenwolf, who battled Earth all those centuries ago in this version, and he, not Steppenwolf, who seems destined to become this film franchise’s equivalent of Thanos.

Remember those nameless Russians who almost perish in the climax of the theatrical Justice League before the Flash swoops in to save them? No? Well, that’s fine, because they aren’t in this version at all.

ZSJL allows us into more of Lois’s grieving process, which includes a sad-sweet routine where she brings coffee every day to the cop guarding Heroes Park. We also get more hints of where her future could have gone (a pregnancy test?? 👀), and she shows up at Superman’s resurrection of her own volition rather than as a “big gun” brought in by Batman.

Because Batman was already basically the protagonist of the theatrical Justice League, he has less to gain than some of his teammates from the extended run time. The differences in his portrayal are tweaks, not total overhauls. For instance, he still wants to revive Superman, but his thinking around it is different (less symbolic, more pragmatic), and he’s less of an asshole about debating it with his fellow heroes.

Surprise! ZSJL establishes that not only is Martian Manhunter part of this universe, he’s been hiding in plain sight this whole time, under the guise of Calvin Swanwick (Henry Lennix) in Man of Steel and Batman v Superman. He first appears midway through ZSJL pretending to be Martha Kent to comfort a grieving Lois Lane, and then reappears near the end to stop by Batman’s house and introduce himself.

ZSJL reinstates Iris West after the 2017 version left her on the cutting room floor entirely. She only has one scene, but it’s a memorable one: She and the Flash (her future love interest) make eyes at each other on the street, and then she immediately gets into a horrible car accident and he uses his super-speed to save her. It’s love at first sight! Maybe!

ZSJL offers a ton of new Aquaman material, though much of it is conveying stuff we already know thanks to his 2018 film (like that he has a troubled relationship with the Atlantean side of his family). His mentor Nuidis Vulko shows up in this version, and his future love interest Mera gets more screen time as well.

That ZSJL devotes significant chunks of time to setting up other movies makes sense when you remember the film was originally designed as the linchpin to a larger shared universe. The added Cyborg, Flash, and Aquaman material is clearly intended to springboard the characters into their solo films (of which only Aquaman’s has actually come to pass), while the Darkseid stuff lays the groundwork for an Infinity War / Endgame-level showdown later on. Martian Manhunter and Joker’s appearances only make sense if you assume they’ll be back for another movie later. And so on, and so forth.

As with Batman, Wonder Woman was already a central player in the theatrical version, and isn’t drastically altered for Snyder’s update. But she takes a more proactive role in team leadership, instead of having to be nudged into it by Batman, and her people — the Themyscirans — get more screen time, which in turn gives them and their relationship to her more weight.

It’d be an exaggeration to say most of what wound up getting cut for the theatrical edit was daddy issues, but it sure looks like a lot of it was! In ZSJL, Cyborg’s expanded role puts much more prominence on his relationship with his dad, Silas, while Silas himself gets to play a more active role in the Mother Box goings-on (and even gets a notable supporting character of his own — see below). Meanwhile, Superman meditates on the legacies left to him by both Jor-El and Jonathan Kent, the Flash takes his imprisoned father’s advice to heart in a climactic moment, and Aquaman concludes his adventure by deciding to go visit his dad. Aww.

In both versions, Superman spends most of the movie dead, wakes up confused, battles the good guys, leaves with Lois Lane, and then eventually returns in time to help save the day. But ZSJL spends more time on that journey, even following Superman on a post-revival pilgrimage to the Kryptonian ship where he listens to the voices of his dead dads and retrieves his black-and-white resurrection suit.

The most obvious changes to the Flash’s arc are that meet-cute with Iris (detailed above) and a much more interesting job in the climax — namely, running fast enough to do time travel, rather than saving a few civilians as he does in the theatrical edit. But there are subtler tweaks, too, that lend him more emotional depth and frame him as less insecure and less aggressively quirky.

Cyborg gets a ton more screen time in ZSJL, and a lot more narrative progression and emotional exploration to go with it. His origin story is laid out in all its bittersweet glory — the fatal accident, the grieving father, the desperate experiments — and his powers are better explained. His contentious relationship with his dad serves as a major emotional through line, and culminates in one of the most heartbreaking scenes of the whole movie. He’s still a pretty downbeat character, but one whose anguish (and eventual move toward healing) feel much more earned.

It’s dizzying how quickly the tables have turned for Zack Snyder. In 2017 he was struggling to right the ship with Justice League after Batman v Superman got so much negative feedback; in 2021 he’s the guy who’s belatedly saving Justice League after the guy they brought on to replace him screwed it up even worse. ZSJL feels like Snyder at his most indulgently himself, with his signature stylistic flourishes, epic-scale storytelling, and downbeat drama sprawled out over an extravagant four-hour run time. Above all, the film represents a triumph of his creative vision over nervous studio execs, skeptical fans, lagging box office, and even personal tragedy. Who’s enjoying a bigger win than that?