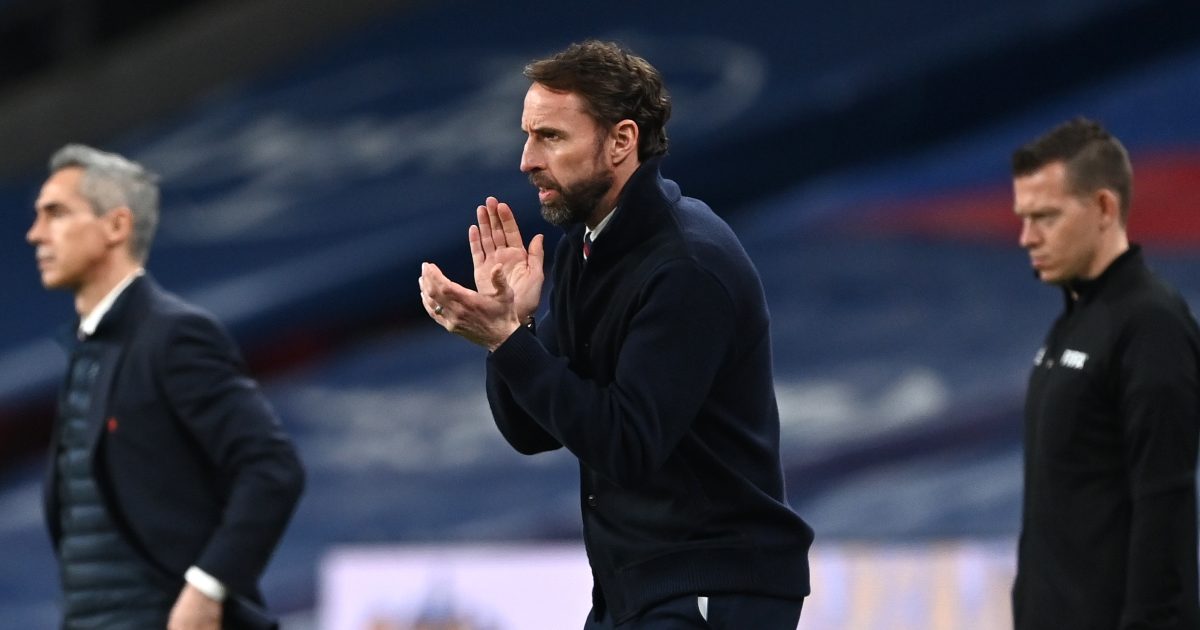 Home All The News Southgate: England showed ‘fatigue’ but ‘deserved’ to win

Gareth Southgate also praised Manchester City defender John Stones as he “composed himself” after his mistake to assist Harry Maguire for the winning goal.

England were by far the better side in the first half and they grabbed a deserved opener in the 19th minute.

Raheem Sterling advanced into the penalty area before he was brought down by Michal Helik. The referee pointed to the spot and Harry Kane smashed the ball past former Arsenal ‘keeper Wojciech Szczesny to make it 1-0.

FEATURE: Prick of the Week No. 28: Aidy Boothroyd and his ‘impossible job’

The Three Lions looked to be cruising to victory before the game was turned on its head just before the hour mark.

Stones was caught in possession just outside the penalty area which allowed Jakub Moder in on goal. The midfielder found the top right corner past Nick Pope to equalise.

The qualifier appeared to be heading for a draw until England struck in the final ten minutes. Kalvin Phillips’ corner was sent towards the back post.

Stones was there to head it back into the danger area towards Maguire. The Man United defender smashed it home to grab a deserved winner for the hosts.

Under Southgate, England have now won their first three World Cup qualifiers. They are two points clear of nearest rivals Hungary at the top of Group I.

Southgate told ITV Sport, as cited by BBC Sport, that England “were in control” of the game prior to Poland’s equaliser:

“We were very good in the first half, we were in control of the game and to concede a goal like we did can hit the team. They stuck at it they recovered their composure and got an important set play winner.

“[Stones] managed to compose himself for the rest of the game and had a part in the winning goal which was important – you can fold in those moments and he didn’t.

“He’s been having a good season and he’s made a mistake tonight, he knows that but he bounced back during the game and he’s got to keep doing that.”

On Euro squad selection: “Everybody’s got a lot to play for – we played a very good Polish side and we’ve done a lot of good things this week but we can see there’s still a step to go.

“We had a lot of players missing that we could’ve refreshed the team with a bit more across the last two matches and in the end that fatigue started to showed I think but they stuck at it and deserved the win.”