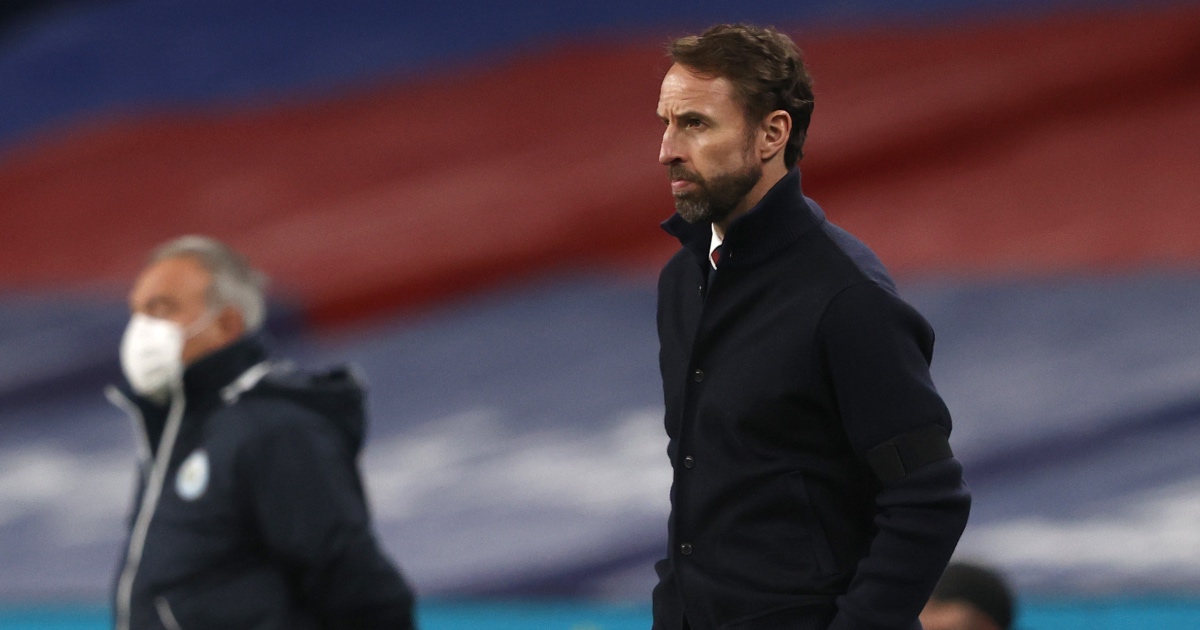 Gareth Southgate has praised Ollie Watkins after the striker scored a ‘fairytale’ goal on his England debut against San Marino.

The Aston Villa forward bagged the final goal in a convincing 5-0 victory at Wembley.

Earlier on the night, James Ward-Prowse had put Southgate’s men ahead with a sweeping finish in the 14th minute.

FEATURE: Every Premier League club’s worst collapse of the season…

He was soon joined by Dominic Calvert-Lewin and Raheem Sterling on the scoresheet in a triumphant first half.

Calvert-Lewin scored his second in the 53rd minute after some great play from Ben Chilwell and Jesse Lingard.

The pair linked up down the left wing before Lingard gave Calvert-Lewin an easy tap-in.

Watkins replaced the Everton forward and marked his international debut with a goal.

He received the ball from Phil Foden and gained a yard before firing into the far corner.

Speaking about Watkins, Southgate told ITV (via BBC Sport): “The first thing you saw was the reaction from the rest of the team. That shows you how together they are. They know what it means for him. He’s settled in really quickly with the group.

“He’s a really humble boy and it was nice to be able to give him half an hour or so. For him to get a goal is fairytale isn’t it?”

Another player who impressed on the night was Dortmund’s Jude Bellingham.

The midfielder looked very comfortable despite being just 17 years old.

When asked about Bellingham, Southgate continued: “He’s a player we think is going to be an England international in the future.

“We feel that in that area of the pitch, although we were very happy with everybody tonight, we are a little bit short in numbers.

“For us to help develop him, to put him into games and to try and get him with the team, with the development he is getting at Dortmund as well, we’re hoping we can play a part in fast-tracking him into the group.”

Speaking about the team performance, Southgate said: “We did it as well as we could. I was really pleased with the way we pressed when we lost the ball. That highlighted the mentality of the team for the full 90 minutes.

“Of course, it’s an opponent we should beat, but I thought they went about the job really well.

“There were lots of good individual performances. The midfield players moved the ball around really well. Kalvin Phillips, I was really pleased for him. He’s used the ball well and his athleticism around the pitch was good.

“Mason Mount in the first half was excellent and set the tone. It was good to see Jesse Lingard looking like he’s enjoying his football again. There were a lot of good things.”

England’s next game is against Albania on Sunday at 17:00.