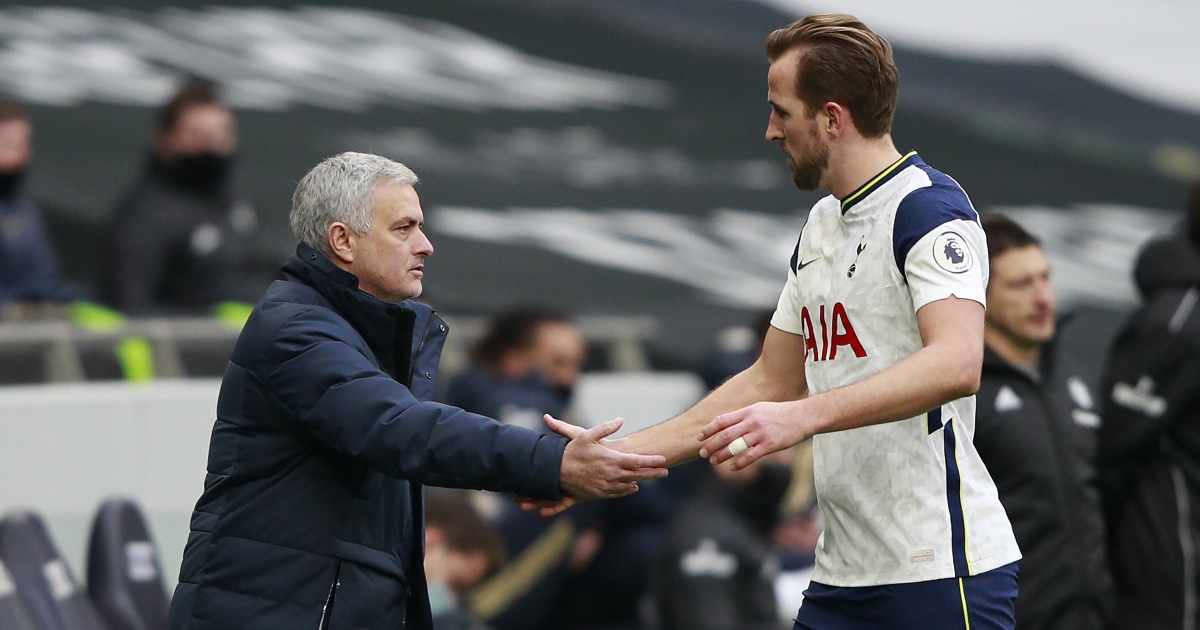 The England captain suffered problems to both joints during the 3-1 defeat to Liverpool last Thursday and Spurs feared the worst given his history with ankle injuries.

But Kane has made a quick recovery and Mourinho expects him to be fit to face either Everton in the FA Cup or the Premier League trip to Manchester City next week.

MAILBOX: Actually, Man United had to play well to win 9-0…

“Good progress, he’s happy with the progress and of course we’re happy too,” he said. “I think it’s not a very optimistic thing to say next week he should be playing, it will be just a consequence of his good evolution.

“So we’re happy. We were scared when it happened but next week we play Everton and City at the weekend. I believe for one of these matches he should be back.”

Mourinho will take on Thomas Tuchel for the first time on Thursday and the Portuguese boss says he is a good fit for Chelsea.

The German has never managed in the Premier League before, but Mourinho says he is a good fit for the Stamford Bridge club.

“Chelsea is Chelsea. They changed the coach but they did not change the players,” he said. “There are lots of very good players, lots of potential in that squad.

“They had a good coach with Frank (Lampard), who was doing a good job with them, they have a good coach now with Tuchel.

“He was coming from a league that you cannot compare with the Premier League but he is used to working with players of high calibre, used to dressing rooms with important players. He will fit well in a club like Chelsea.”