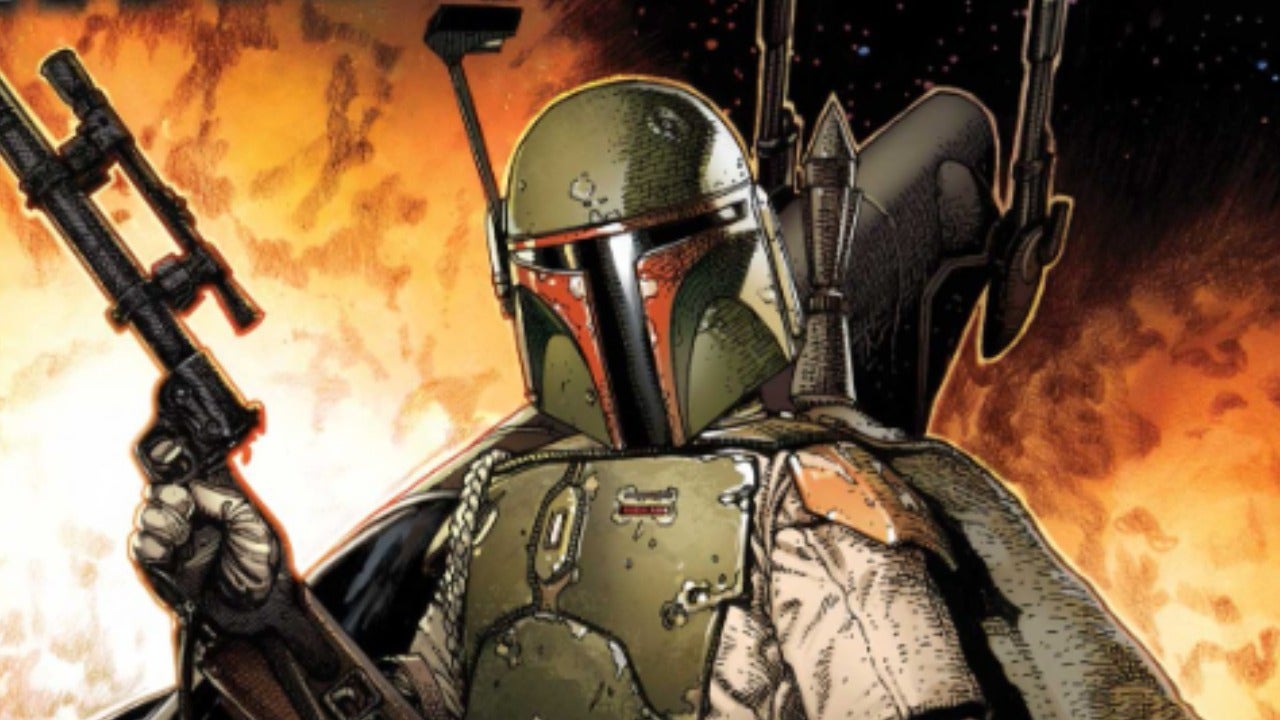 Read on to find out which mystery character is driving the plot of this Star Wars crossover, but beware of spoilers for War of the Bounty Hunters #1 ahead!

War of the Bounty Hunters is set in between The Empire Strikes Back and Return of the Jedi and aims to answer one of the bigger mysteries from this particular era. Why did it take Luke, Leia and friends so long to rescue Han Solo from Jabba’s palace? The answer, it turns out, is that Boba Fett didn’t bring Han’s carbonite-encased body to Tatooine right away. He apparently had some problems of his own to deal with.

That’s the basic premise fueling War of the Bounty Hunters, a storyline being explored in the titular miniseries as well as monthly comics Star Wars, Darth Vader, Doctor Aphra and Bounty Hunters. Someone has managed to steal Han’s body from Boba Fett, instigating a free-for-all as every bounty hunter in the galaxy fights over this incredibly valuable prize.

Who is clever and/or foolish enough to steal from Boba Fett? Someone with very close ties to Han – his old girlfriend Qi’ra.

When last we saw Qi’ra in 2018’s Solo: A Star Wars Story, she was headed to Dathomir to meet with Maul, ex-Sith Lord-turned-leader of the Crimson Dawn criminal syndicate. While Maul himself died fighting Obi-Wan Kenobi in Star Wars Rebels: Season 3, it seems his criminal empire outlives him. Qi’ra is now the leader of Crimson Dawn, and stealing her ex-boyfriend’s body is part of her plan for rebuilding her organization’s power.

Qi’ra’s return certainly raises some big questions. What has she been up to in the roughly 13 years since the events of Solo. Will she butt heads with Princess Leia? Is it possible Han himself will temporarily defrost and have a reunion with Qi’ra? Heck, if Hayden Christensen’s Darth Vader can appear in the Obi-Wan Kenobi series, why not?

Whatever happens, it’s certainly interesting to see the comics picking up the loose ends from Solo. As much as that movie set the stage for a sequel, Lucasfilm seems to have little interest in greenlighting Solo 2. We are, however, getting a Lando series on Disney+, one which will presumably see Donald Glover reprise his role as a young Lando Calrissian.

Let us know in the comments below what you think of Qi’ra’s return and what you want to see from this major Star Wars reunion.

Jesse is a mild-mannered staff writer for IGN. Allow him to lend a machete to your intellectual thicket by following @jschedeen on Twitter.