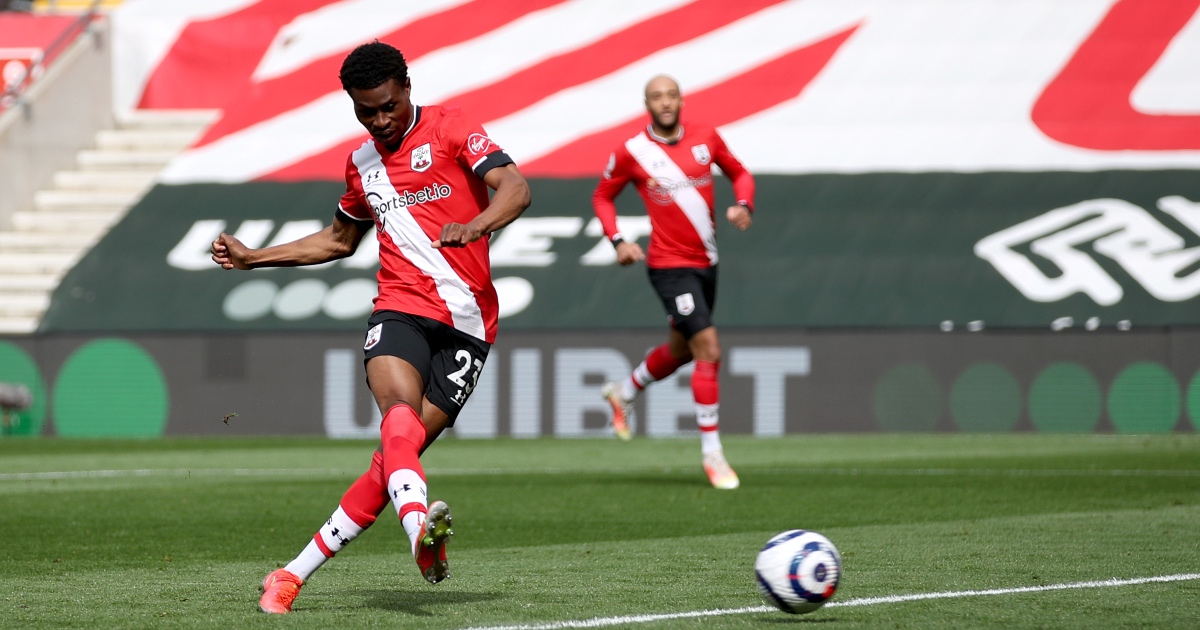 Tella was joined by Che Adams and Theo Walcott on the scoresheet in a 3-1 win for the Saints at home.

FEATURE: Abuse of women in football must stop. It’s #HerGameToo

After the break, Nathan Redmond was denied in the box by a good Alphonse Areola stop.

Tella then made it two in the 60th minute. He raced onto a Kyle Walker-Peters cross and beat Areola with a first-time finish.

He wasn’t the only youngster to score on the day. Fulham’s Fabio Carvalho, making his first Premier League start, sent a great strike onto the crossbar and in after 75 minutes.

But that was the highlight of the Cottagers’ day as Southampton scored their third not long afterwards.

Adams played through Tella, who pulled off a nice cut-back to set up Walcott. The Englishman’s shot was deflected into the net as Southampton secured the three points.

Reacting to the win, Hasenhuttl told BBC Sport: “I’m pleased about what I’ve seen today. Clean sheet is still not there but we deserved this win, we were the better team.”

When asked about Tella, Hasenhuttl continued: “He’s always smiling. He’s very honest because he enjoys what he’s doing. He sprints with a smile on his face because he likes to sprint. Sometimes he sprints more in 20 minutes than others in 90 minutes.

“This is an important season for him. We tried to give him gametime. The way we’ve tried to develop him is a good one.

“He’s the biggest talent we have at the moment. He had a bad injury. I see him performing like he does at the moment, I enjoy watching it. A big praise for the academy.”

Team-mate Walcott joined in on the praise after the final whistle, saying: “Tella works so hard in training. I’m very pleased he got his goal. Everyone is so delighted for him. He’s such a good kid and he’s got a really bright future.

“[His assist] shows his awareness at such a young age.”

Southampton’s next game is against Leeds on Tuesday evening.