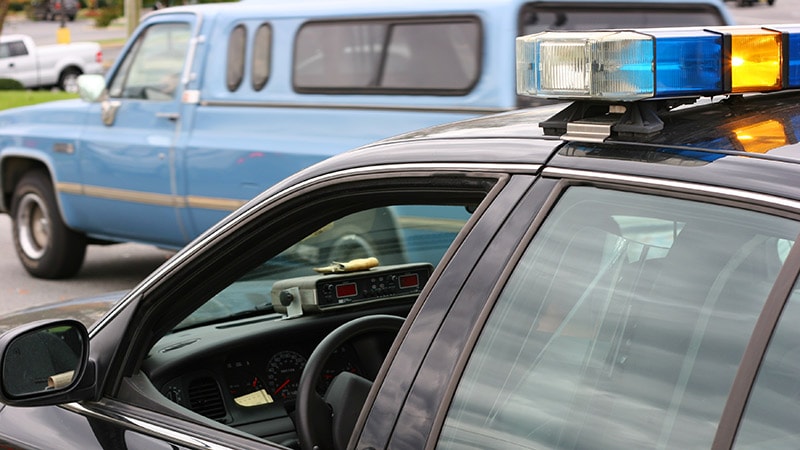 A Tennessee woman who sped through a COVID-19 vaccine site and yelled “No vaccine!” was charged with reckless endangerment this week, according to NBC News.

Virginia Christine Lewis Brown, 35, is facing seven counts of felony reckless endangerment after the incident that occurred Monday morning at a vaccination tent outside of the Foothills Mall in Maryville.

No one was hurt, but the Blount County Sheriff’s Office said she endangered the lives of workers at the vaccine clinic, the news outlet reported.

According to the sheriff’s office, Brown sped through the tent and out of the parking lot. She was followed and stopped by a deputy who was working at the site. Brown said she drove through the tent to protest the COVID-19 vaccine.

The deputy said Brown’s SUV caught his eye because of the unusual driving behavior, according to NBC affiliate WBIR in Knoxville. Typically, drivers stop and sign in with Tennessee National Guard personnel and then continue slowly through a course with cones to enter the tent and receive a vaccine from Blount County Health Department workers. Then the drivers park for 15 minutes after vaccination to allow workers to monitor any immediate side effects.

Deputy Kevin Snider said the SUV didn’t stop at the check-in area, sped through the cones and tent, and then exited quickly on the other side and continued to “drive recklessly.” About 15 people were working inside the tent, and several ran up to Snider to tell him that the car almost hit some of them.

In his incident report, Snider said he spoke with everyone inside the tent, and seven believed they were in “imminent danger of death or serious bodily injury.” Several witnesses also said they heard the driver yell “no vaccine” as she sped through the site, WBIR reported.

“They thought the driver was going to kill them,” Snider wrote in the report.

Brown was released on bonds totaling $21,000 and has an initial court appearance set for June 7.

WBIR: “Witnesses say a woman was yelling ‘no vaccine’ as she sped through a COVID vaccination tent in Maryville.”