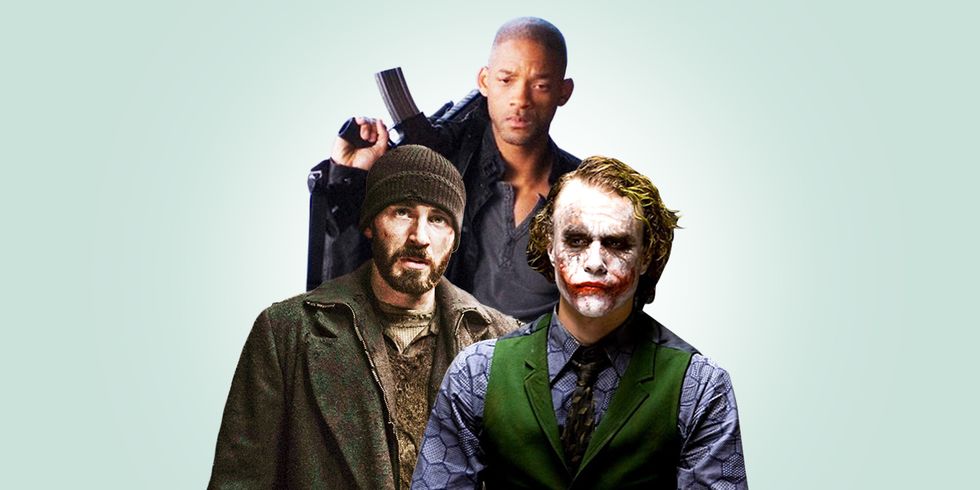 An action movie is the Monster energy drink of film genres. It has something to offer for everyone: car chases, shoot-outs, romance, humor, insane stunts, mind-bending scenarios, you name it. It’s a grab bag that just might make your heart skip if you take too much of it in at once.

If you’re gearing up for movie night, an action movie is an excellent option to rouse you from your post-work slumber, into an exciting world of spies, soldiers, sci-fi agents, dystopian future scientists, and more. Luckily, Netflix has a fun mix of action movies of all kind, from post-apocalyptic dispatches to high-stakes crime thrillers. There’s something for everyone, and you can get in on all the thrills right from your couch. Grab that popcorn, crack a cold one, and get ready for the ride of your life.

Here are 15 action movies that are sure to grab your attention—and get your heart pumping—tonight.

Paul Verhoeven’s 1990 action sci-fi thriller is the director as his best. The film stars Arnold Schwarzenegger as a bored construction worker whose dreams about being a spy on Mars turn out to be real memories that had been wiped from his brain.

“They’re young, they’re in love, they kill people.” Catch the classic 1967 Bonnie and Clyde starring Warren Beatty and Faye Dunaway based on the iconic criminal lovers on the run. There’s plenty of romance, and plenty of gunfire.

Christopher Nolan’s The Dark Knight is one of the most gripping and expertly done installments of the comic franchise. Heath Ledger gives a magnificently terrifying performance as The Joker, raising the stakes of the Batman tale.

Boston cop Billy Costigan (Leonardo DiCaprio) goes under cover on the inside of an Irish gang headed up by Frank Costello (Jack Nicholson), while a career criminal (Matt Damon) infiltrates the police department as a mole for the gang. The two must find the true identity of one another in order to save their lives.

The Girl with the Dragon Tattoo

In David Fincher’s The Girl With the Dragon Tattoo, Rooney Mara gives an outstandingly committed performance as Lisbeth Salander, a genius punk computer hacker who helps a disgraced financial journalist (Daniel Craig) as he tries to solve the murder of a wealthy patriarch’s niece.

The 1979 original film in the popular Australian post-apocalyptic action franchise finds Max, an officer in a not-too-far-off future, as he vows to exact bloody revenge on the gang who killed his wife and son.

Before Parasite, Boog Joon Ho graced audiences with his take on the French graphic novel La Transperceneige, in which all that remains of humanity live aboard a train traveling around the world after a failed climate-change experiment kills all other life. On the train, a brutal new class system emerges, and those at the back fight their way forward.

When it comes to movies that hit especially different in the context of a real-world pandemic, I Am Legend is the best of the best. In the near future (well, 2012), Will Smith is the only survivor left in New York City after a cure for cancer turns to a rapidly-spreading infection that turns people into vampiric monsters.

Spielberg’s epic war film won five Academy Awards for a reason. As affecting now as ever, the WWII story follows a group of American soldiers who have to go behind enemy lines to find a soldier whose brothers had been killed in the line of duty.

One of the best Bond films you can stream tonight. Daniel Craig steps into the 007 role for a grittier take on the iconic spy franchise.

Widower and former war hero Captain Benjamin Martin (Mel Gibson) wants a peaceful farm life, deciding not to fight the British in 1776… that is, until his oldest son Gabriel (Heath Ledger) enlists and is captured by the enemy.

On an Earth where humans live side-by-side with fantasy creatures, an LAPD officer (Will Smith) is partnered with an orc (Joel Edgerton) on a mission to save the world in this big-budget Netflix original film from Suicide Squad director David Ayer.

Chris Pine plays Robert the Bruce, the crowned king of Scotland who is exiled from his country and bands together a team of fellow outlaws to assist him in his efforts to reclaim his throne.

Scott Pilgrim vs. The World

This irreverent and energetic movie stars Michael Cera as a slacker musician who hits the romantic jackpot when he meets his new girlfriend Ramona Flowers—but must defeat her seven evil exes in manic, video game-inspired fashion.

Anna Grace Lee
Anna Grace Lee is an editorial fellow at Esquire, where she covers pop culture, music, and entertainment.