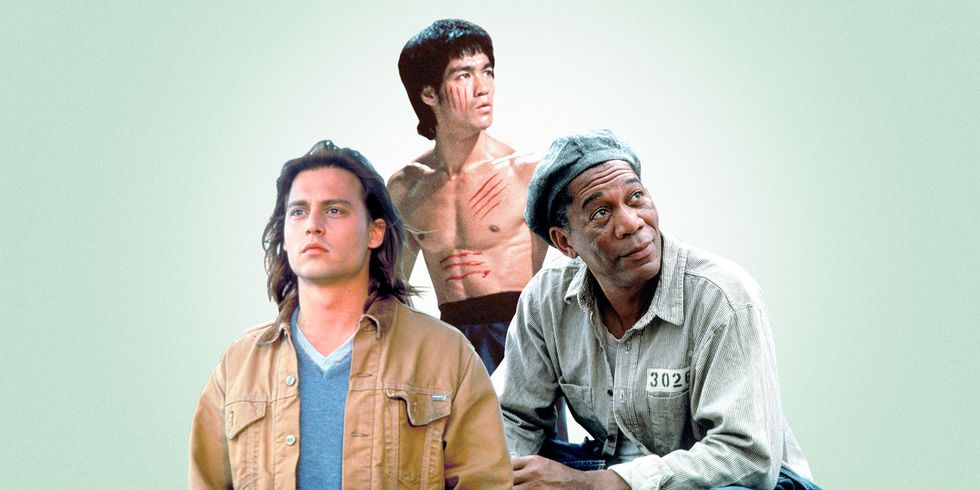 Another week has gone by already, and it’s movie night again. It’s been a long one. You’re just finishing up your takeout, and then it’s back to Netflix you go, to scroll around the Movies List™ for at least half an hour before settling on anything. But at this point, you’ve already seen all the newest Netflix originals, the feel-goods, and the comedies the streamer has to offer, and you’re getting impatient. You made popcorn a while ago now, and you’ve already crushed half of it before you even managed to pick a film.

So might we suggest a trusty classic? One of the many great films—from comedies to dramas and thrillers—that formed the foundation of modern cinema and has stood the test of time. The kind of film that might earn you some pub trivia points in the future, since pub trivia will come back soon, and you’re going to need to brush up. Although Netflix’s offering of classics is small in number, it is mighty in cultural significance. Here are the best picks that are available to stream now.

Back to the Future

No one said classics couldn’t be fun for the whole family. The first installment of the legendary sci-fi series, Robert Zemeckis’ original time travel film became a cultural phenomenon and the highest-grossing film of 1985. It’s on Netflix until the end of June, though, so act fast.

The 1983 Al Pacino remake is a cult classic of the gangster genre. Just prepare yourself for a full evening of drugs, thrills, and graphic violence, as Scarface has an almost three hour runtime.

Tom Cruise and Dustin Hoffman star in the classic road trip drama Rain Man, which won Best Picture at the 1988 Oscars. In it, Charlie (Cruise) learns he has an older brother Raymond (Hoffman) when their father dies and leaves the bulk of his estate to Raymond. But what starts as a story motivated by money becomes a film about family, love, and empathy.

A Bridge Too Far

1977 drama A Bridge Too Far is a WWII epic directed by Richard Attenborough, with an ensemble cast that includes Michael Caine, Sean Connery, Anthony Hopkins, and Robert Redford. Based on the 1974 book of the same name, the war film tells the story of Operation Market Garden, a failed military mission by British and American troops.

If you’re looking for a classic Western, look no further than Dances With Wolves. The 1990 epic features Kevin Costner (who also directed and produced the film) as Civil War soldier John J. Dunbar who befriends a band of Lakota people, and after developing an appreciation for their culture, decides to stick with them amid growing threats.

The celebrated 1964 classic musical adaptation of George Bernard Shaw’s play “Pygmalion” has landed on Netflix. My Fair Lady stars the ever charming Audrey Hepburn as Eliza Doolittle, the working class girl that phonetics professor Henry Higgins (Rex Harrison) decides he will transform into a cultured lady.

Fiddler on the Roof

Based on Sholem Aleichem’s Yiddish tale, the 1971 movie-musical is an Oscar-winning adaptation of the Broadway musical. Set in the Pale of Settlement in the early 1900’s, the film follows Tevye (Topol), a poor Jewish milkman trying to marry off his daughters while the threat of pogroms loom large over their small village.

The first film in the Australian post-apocalyptic action franchise, the 1979 film follows Max, an officer who seeks violent revenge after his wife and son are murdered by a gang in a war-torn, famine-stricken society.

A 1967 dramatization of the infamous true story, lovers Bonnie Parker and Clyde Barrow embark on an adventurous crime spree across the country, robbing banks and stealing cars, as things turn increasingly deadly.

The 1967 classic starring Paul Newman and George Kennedy centers around Luke, a petty criminal who becomes a prisoner in a Florida prison camp and refuses to submit to the authorities and the system.

Based on Anthony Burgess’s 1962 novel of the same name, Stanley Kubrick’s 1971 dystopian film depicts an England of the future, in which criminal Alex (Malcolm McDowell) undergoes behavior modification in order to earn his freedom from jail. Once he is back in society conditioned to loathe violence, his prior victims ensure that their prior roles are reversed. Kubrick’s dark, haunting adaptation earned him nominations for Best Picture and Best Director in 1972.

Monty Python and the Holy Grail

The Authurian legend gets the parody treatment in this absurd—and endlessly quotable—1975 cult classic in which the Monty Python players star as the Knights of the Roundtable on the search for the legendary treasure.

Monty Python takes on Christ with this story of Brian of Nazareth, a man who was born on the same night as Jesus—just in the stable next door—and spends his entire life being mistaken for the messiah.

This lush Merchant-Ivory 1992 adaptation of the classic E.M. Forster novel follows two families with opposing worldviews who are thrust together when their children become romantically attached.