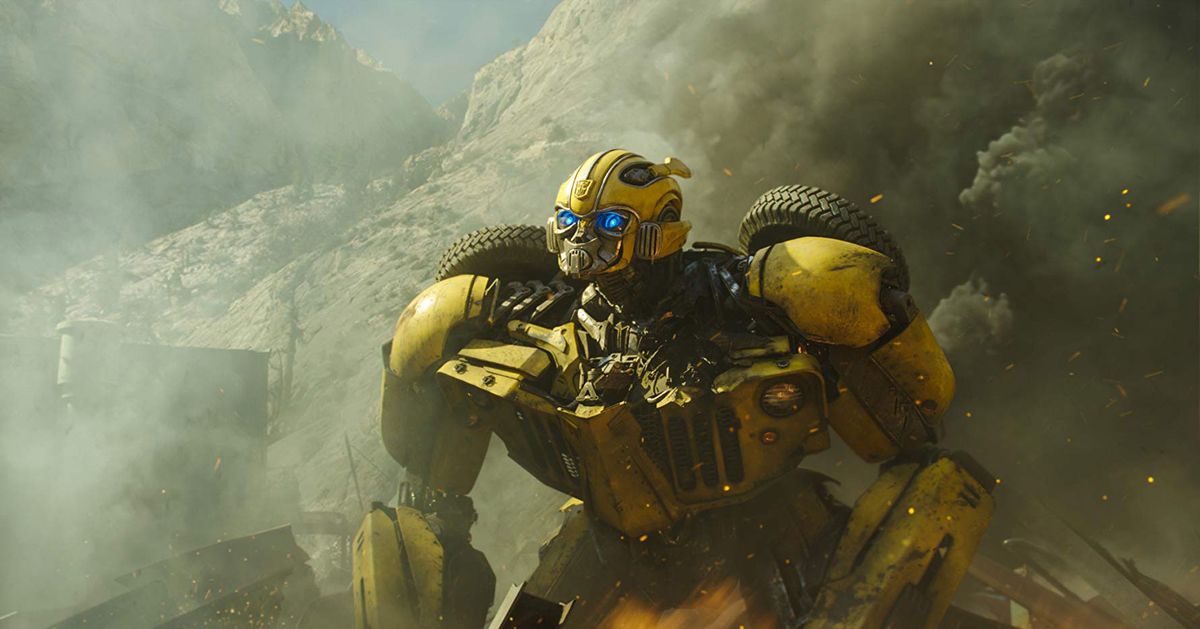 More than ever, families are looking for distractions that don’t cost a lot of money. If you’re one of those families that already has an Amazon Prime account, there’s a selection of films that work for any demographic that are available right now with your subscription cost. Now, Amazon Prime seems to be the most limited streaming service when it comes to this particular section of the virtual video store, but the shelves aren’t totally empty. Here are 20 films to distract the little ones or schedule an entire family movie night around.

Not the superior live-action version with Christina Ricci, but the 2019 animated version that made a minor dent at the box office. Still, kids love to see new stuff, and this was very recently in theaters, so will likely be a major draw on Prime. And if it introduces them to the live-action films and series, then it will have done some good.

Steven Spielberg directed this underrated adaptation of the Hergé comic series in 2011 with fantastic voice work from people like Jamie Bell, Andy Serkis, and Daniel Craig. Spielberg can do things with animation that wouldn’t be possible with live-action, and he brings his childlike wonder as a filmmaker to this engaging adventure flick.

No, not Bean Dad, but the original Bean, Rowan Atkinson as the bumbling star of this 1997 film adaptation of his British TV series. The Bean model of family comedy is simple, based on other bumbling idiots throughout genre history. Yes, these movies are broad and goofy, but Atkinson is an underrated physical comedian. And the kids will almost certainly laugh at his idiotic behavior.

Carroll Ballard directed the 1979 critical darling that adapts the beloved book by Walter Farley and contains stunning cinematography from the legendary Caleb Deschanel. It may not be fast-paced enough for modern younger viewers but kids can still appreciate the lyrical, poetic storytelling here, even if mom and dad end up liking it even more.

Travis Knight of Laika fame (Kubo and the Two Strings) directed the best Transformers movie in this unexpectedly joyous spinoff of the massive Hasbro series of films. It’s a movie with the same kind of family/adventure spirit as ’80s classics of the genre, buoyed by fun performances from Hailee Steinfeld and John Cena.

This live-action adaptation of the Nickelodeon cartoon has no right to be as funny and clever as it is. It helps that newcomer Isabela Moner is a delightful lead as Dora, but there’s also a delightfully self-aware tongue-in-cheek tone to this film, one that’s funny without every taking itself too seriously. It’s a sweet family adventure movie that works equally for parents and little ones.

A nominee for the Oscar for Best Animated Film (it lost to Frozen), the 2012 gem is based on a series of books by the Belgian author Gabrielle Vincent. There aren’t many family films on any streaming service that premiered at Cannes, but this one did exactly that. In fact, it was the first animated film to ever win the Magritte Award, a Belgian prize for excellence. It’s a beauty.

Joe Dante directed this beloved 1985 sci-fi/adventure film starring Ethan Hawke and River Phoenix in their film debuts. Dante himself had some issues with the final product, which was rushed to meet a release date and then fell in the big shadow of Back to the Future, but the film gained an audience over the years, in no small part because of the careers that Hawke and Phoenix would develop.

Frank Capra’s classic often gets a ton of replay around the holidays, but it’s the kind of heart-warmer that works all year long. This is no mere Christmas movie but a story about the impact that one man can have on an entire community. It really defined the onscreen persona of Jimmy Stewart and has become a beloved film around the world, even in warm weather.

Yes, it takes a certain kind of family to sit down in front of a silent film, but maybe you’re one of those families? Even if you think you may not be, try and introduce the little ones to Charlie Chaplin at an early age. This is a great starting point for an appreciation of movies made before not just 2000 but before the advent of sound in film. Chaplin is timeless. People will be watching movies like The Kid for generations to come.

Remember when they made animated fantasies for kids that were dark and intense? The Last Unicorn is a thrilling adventure film from way back in 1982 based on the beloved novel of the same name by Peter S. Beagle. Featuring the voices of Alan Arkin, Jeff Bridges, Mia Farrow, and more, it’s the story of its title: A unicorn searching for what happened to her kind.

This was once a Netflix original (in the States at least), but it has since been released on Blu-ray and now is available on other streamers too. It’s a charming adaptation of the 1943 novella by Antoine de Saint-Exupéry that has become a beloved classic (but the only one to try and stretch the story to a full-length feature). Smart, and visually striking, with great voice work by Jeff Bridges, Rachel McAdams, Paul Rudd, and many more.

The great Gore Verbinski directed this 1997 black comedy that works for the whole family. On the surface, it’s the story of two brothers tormented by one small mouse in a house they’ve inherited from their father. It’s filled with great physical humor from Nathan Lane and Lee Evans, who crib their style from classic comedy duos like Laurel & Hardy and Abbott & Costello.

There are so many adaptations of the Charles Dickens’ classic A Christmas Carol that it can be easy to lose track of them. The one currently in the family section of Amazon Prime is one of the oldest, the 1935 adaptation starring Sir Seymour Hicks and Mary Glynne. It’s not as well-known as some of the other versions of this story, but you probably know those well by now. Why not check out a different take on an oft-told tale?

Take a break from the escapism and show your kids something culturally resonant and unforgettable in John Sayles’s version of a classic Irish legend. With breathtaking cinematography by Haskell Wexler, this is the story of a girl in Ireland who hears that her brother was swept away by a selkie when he was a baby. It’s a tale of magic and legends in a way that could only take place in Ireland.

This story of a 12-year-old who ends being able to communicate with his dog is undeniably goofy and kind of amateurly made, but it’s different than most other flicks in the family section of Amazon Prime, and so maybe it’s what you’re looking for tonight. Josh Duhamel and Megan Fox star as the dog-talker’s parents in this 2020 flick that barely got released because of the pandemic, buried on VOD by Lionsgate and now free on Amazon Prime.

It might be a little dark for the real little ones, but this Brazilian animated film is certainly not like anything else on this list. It’s the story of a boy named Tito, whose dad is developing a machine that can translate the songs of birds, but there’s also some dark post-apocalyptic stuff about an epidemic of fear. The themes might be dark but it’s most a visual experience with some unforgettable animated imagery.

Paramount released this computer animated flick in early 2019, which feels like a lifetime ago now. It’s a bit simple and silly, but that’s kind of alright in our current stuck-at-home situation. Wonder Park is the story of a girl who puts her imagination away when her mother gets sick and how an imaginary amusement park helps her find that creative spark again.

Kevin James stars as, yes, a zookeeper who is unlucky in love but adored by the animals at work, which are voiced by the likes of Jon Favreau, Sylvester Stallone, Adam Sandler, and many more. Things get really weird when James’s character learns that the animals can talk, and he can understand them. Too reliant on physical humor, this is what one would expect from a family Happy Madison flick, but families who miss actually going to the zoo in 2020 may enjoy this virtual trip.

The 20 Best Movies for Kids on Amazon Prime