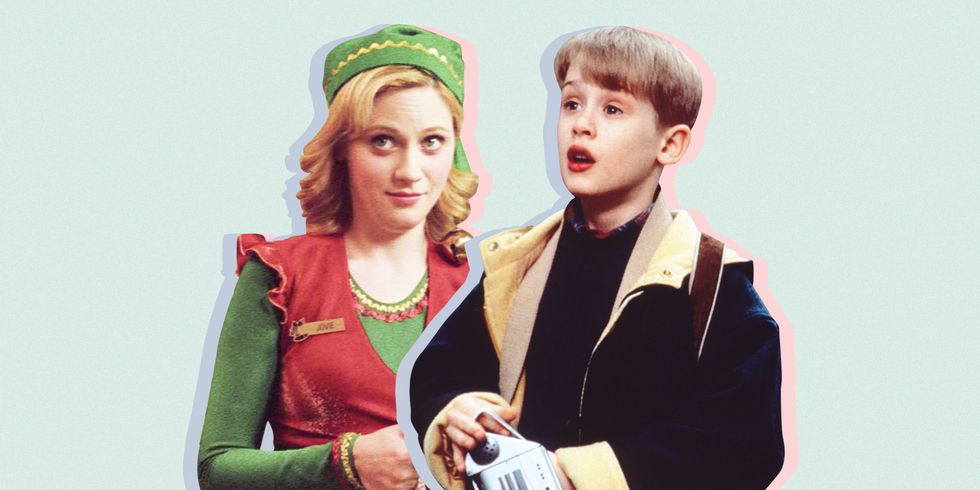 With Amazon monopolizing nearly every facet of our lives, some days it can feel like we’re living in the dystopian Pottersville of It’s a Wonderful Life. Unfortunately, this also means that Bezosville has offers many of the best titles of the Christmas movie canon… including It’s a Wonderful Life and many other yearly must-watches. Save for, of course, the Peanuts specials, which have been swiped off of public TV specials by AppleTV+. Sigh.

Well, at least the holiday spirit isn’t subscription-based yet. (Though Hulu has thrown its hat in the ring.) As for your Christmas movie night needs, Amazon Prime has got you covered. Just try to keep the love-thy-neighbor spirit of George Bailey alive this Christmas by saving your gift-buying for small and local businesses.

If you’re skeptical of Santa or motion capture animation, The Polar Express’s hyper-realistic visuals will make you a believer. Whether you’ll become a fan of either is, of course, up to you. (See: Unsettling animated Tom Hanks.) This retelling of the iconic children’s storybook tells of one boy’s Christmas Eve trip on a train to the North Pole.

The Nightmare Before Christmas

What was once an off-beat Tim Burton stop-motion film has since become a Christmas classic. Not only is the story of Jack Skellington, crossing over from Halloween Town to Christmas Town, a gorgeous and heartwarming one; it’s the perfect watch as you cross over from spooky season.

As Jim Carrey so perfectly demonstrated in How the Grinch Stole Christmas, comedy heavyweights and Christmas movies go together like Santa’s milk and cookies. Somehow, Will Ferrell’s antics as Buddy the Elf never seem to lose their naive charm, even as we find ourselves mouthing along to, “Santa! I know him!” A perfect common ground to make little ones and grown-ups giggle, no one’s above the hilarity of watching a grown man in an elf costume do a split on an escalator.

Nothing guarantees heartwarming hijinx quite like the work of the iconic John Hughes. Macaulay Culkin stars as Kevin McCallister, a young boy who thinks that his wish for his family to disappear has come true and finds himself home alone on Christmas. Accidentally left behind from his family’s holiday vacation, Kevin also becomes the accidental sole defender of his family’s estate against two burglars.

Another John Hughes Christmas comedy, National Lampoon’s Christmas Vacation stars Chevy Chase and Beverly D’Angelo as Clark and Ellen Griswold of the Griswold family. And if you’ve forgotten, they seem cursed to have the most mishap-ridden Christmas in history.

A Christmas on Miracle Lake

Some Christmas movies start off devastatingly sad, but this one takes it to a new level. A boy returns to the pond where he used to play hockey with his now-deceased friend (!!), but when he comes back to visit at night, the pond magically becomes a hockey rink. How morbidly sweet.

It’s a Wonderful Life is THE holiday classic. Following George Bailey and his tough run of financial luck, the sometimes-dark classic is all about finding good, even in the most difficult of times. Also, you learn what happens every time a bell rings.

The Man Who Invented Christmas

Dan Stevens, Christopher Plummer, and Jonathan Pryce star in a new kind of story about Charles Dickens (Stevens). Dickens has had a dip in success in the two years following the success of Oliver Twist. He works to write A Christmas Carol, and in doing so, he fantasizes and “meets” the characters he creates. Trippy? Sure. Magically heartwarming? Absolutely.

The Miracle on 34th Street

This 1947 classic stars Maureen O’Hara and a young Natalie Wood as mother and daughter Doris and Susan Walker. The two find themselves hosting a man, Kris, who claims to be Santa Claus. Susan has been raised to be a skeptic about Santa Claus, but her house guest wins her over. The rest of the adults might not believe, but Kris has Susan on his side.

Decades can pass and trends may change, but stop-motion holiday movies are forever. A groundhog named Pardon-Me Pete narrates the story about a winter sprite Jack Frost, who falls in love with a human named Elisa. He gets permission from Father Winter to become a human, but when Elisa is in trouble, he gives up his human condition to save her life. A take: There’s more romance in stop-motion than in live action romances.