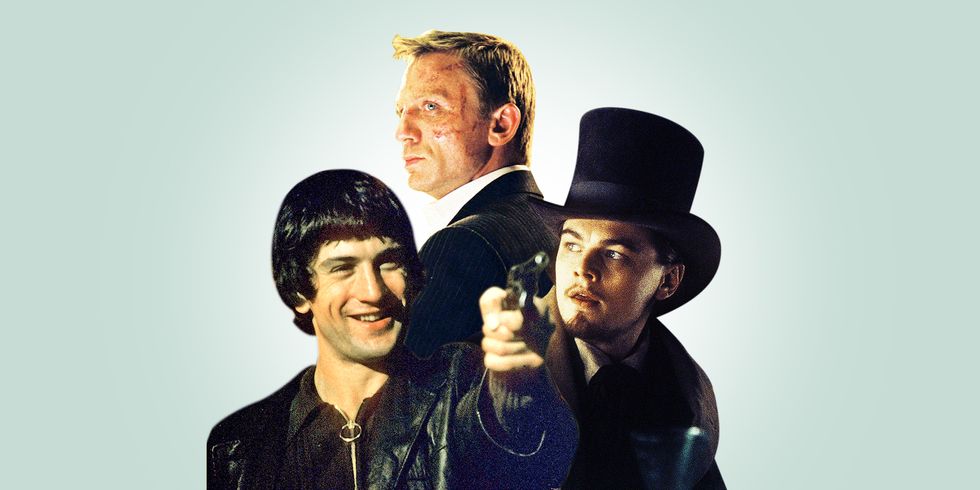 Few genres embody the definition of a “cult classic” quite like the mob mentality fandom of gangster films. After all, nothing builds a bond between viewer and protagonist quite like bearing witness to (and borderline aiding and abetting) their life of crime for a full two hours.

Being a fan of gangster films often requires some dedication—from keeping up with richly interwoven networks of alliances, to learning the backstories of infamous ganglords. (And a stomach to, you know, endure the gore and guts that often come with these Scorsese epics.) Luckily, there’s no need to be loyal to just one. Vito Corleone can’t see you sneaking around with Antonio Montana on your watch history, and hardly even knows about everything you’ve been up to in Southie with the Irish mob. So fuhgeddabout the guilt of watching and lean in.

From Prohibition-era bootleggers, to urban folk heroes, to cyberpunk biker gangs, these films shine an investigative light on organized crime: both in the warm shine of Hollywood romanticization and the cold, harsh exposure of reality. These are the best gangster movies of all time.

Of course, any collection of the best gangster movies ever made will look a lot like a list of the Robert De Niro’s best films. That said, we can’t leave out The Untouchables, where De Niro gives what many would tell you is film’s best portrait of Al Capone. Kevin Costner as a crime-busting Eliot Ness isn’t too shabby, either.

Unfortunately, our current world doesn’t look quite as cool as Akira, which shows us the ’80s approximation of what 2019 would look like. But still, 1988’s adaptation of the long-running manga series still stands as an all-timer, not only amongst gangster films, but in anime, sci-fi, cyberpunk, and hopefully—if Taika Waititi eventually directs the Hollywood take on Akira—live action.

Fans will likely debate for eternity over which film of The Godfather trilogy takes the cake. (Or takes the cannoli, for that matter.) But, if you’re new to the collection in its entirety, it’s best you meet the don himself through Francis Ford Coppola’s original installment. Set in 1940s New York, the film centers around head Italian Mafia man Vito Corleone and his family, including performances by Al Pacino, Marlin Brando, Talia Shire, and Diane Keaton.

Goodfellas is considered by many to be Martin Scorsese’s greatest film, and that’s saying something. Based on Nicolas Pileggi’s book Wiseguys, Goodfellas tells the story of Henry Hill: a half-Irish, half-Sicilian New Yorker who rises up in the ranks of his Brooklyn neighborhood’s mob. Despite his dedication to them in the face of legal pressure, Henry soon finds himself at odds with both law enforcement and the mobsters. The film boasts a classic cast, including Ray Liotta, Robert DeNiro, Joe Pesci, and Paul Sorvino.

Originally developed as a film school submission by writer-director John Singleton, it wasn’t long before his debut film Boyz n the Hood would become a major motion picture, nominated for multiple Academy Awards, added to the National Film Registry, and referenced as a key title in contemporary black cinema. Boyz n the Hood tells the story of three young men, played by Ice Cube, Cuba Gooding, Jr., and Morris Chestnut, as they grow up in South Central Los Angeles. Despite their varying trajectories within their shared environment, their intertwined fates soon expose just how inescapable their local gang culture can be.

Sure, there’s likely a major contingent of film buffs who will tell you that the The Godfather trilogy peaked in the original. But The Godfather Part II still stands, nearly 50 years after its release, as the go-to example of how a sequel can be just as good (if not better!) as the original. Plus, watching a young Robert De Niro play Vito Corleone never fails to leave you in awe.

Adapted from Paulo Lins’s novel of the same name, City of God focuses upon the growth of organized crime in the Cidade de Deus suburb of Rio de Janeiro. The narrative offers a dual perspective of two young men: one a photographer who chooses to document the area’s increasing gang/drug activity, and one who executes upon this environment by becoming a powerful drug dealer.

Few films have been as beloved as The Departed. Seriously, the dedication to this film runs so deep that fans raised money for a campaign to change its final scene. Centered in South Boston, this Martin Scorsese-directed film reimagines the Hong Kong crime movie Internal Affairs as a story that circulates around a criminal investigation of the Irish mafia. The film, essentially, is a rat-race between two rats to rat out one another, with performances from Leonardo DiCaprio, Matt Damon, Jack Nicholson, Martin Sheen, and Alec Baldwin among others.

Directed by the trailblazing Allen and Albert Hughes, Menace II Society follows the coming of age of Caine Lawson, an 18-year-old living in Watts, Los Angeles, who is determined to break out of his neighborhood’s cycle of crime. The powerful ensemble of Tyrin Turner, Jada Pinkett Smith, Larenz Tate, and Charles Dutton provide a rounded perspective of Lawson’s many life influences. Most powerful of all, though, is the reality that even his best influences and intentions don’t guarantee a way out.

Joel and Ethan Coen’s take on the gangster genre is not to be missed. Circulating the rivalry between an Irish and Italian mob, Miller’s Crossing follows one gang’s right-hand man on his complicated attempt to maintain loyalty while playing both sides.

Directed by Ridley Scott and starring Denzel Washington and Russell Crowe, American Gangster is based on the life of Frank Lucas, a gangster who became infamous in Harlem for trafficking heroin into the U.S. on planes returning from the Vietnam War. While Lucas creates a personal empire for himself with his cunning trading skills, his activity starts being closely traced by a local cop.

Once Upon a Time in America

The king of the Spaghetti Western, Sergio Leone, takes on new territory in this crime drama following David Aaronson, played by Robert DeNiro. His iconic film follows Aaronson’s life on the Lower East Side of New York. Tracing Aaronson and his gang of companions from childhood innocence to their adulthood of organized crime, the film turns the genre on its head in a thoughtful and well-rounded perspective of life in, and outside of, crime.

This is the film that essentially put Quentin Tarantino on the map and with good reason. Following the before and after of a failed jewelry robbery, Reservoir Dogs embodies so much of the strengths that have become Tarantino’s signature: senseless gore, plots convoluted enough to be crime cases, and truly eccentric characters.