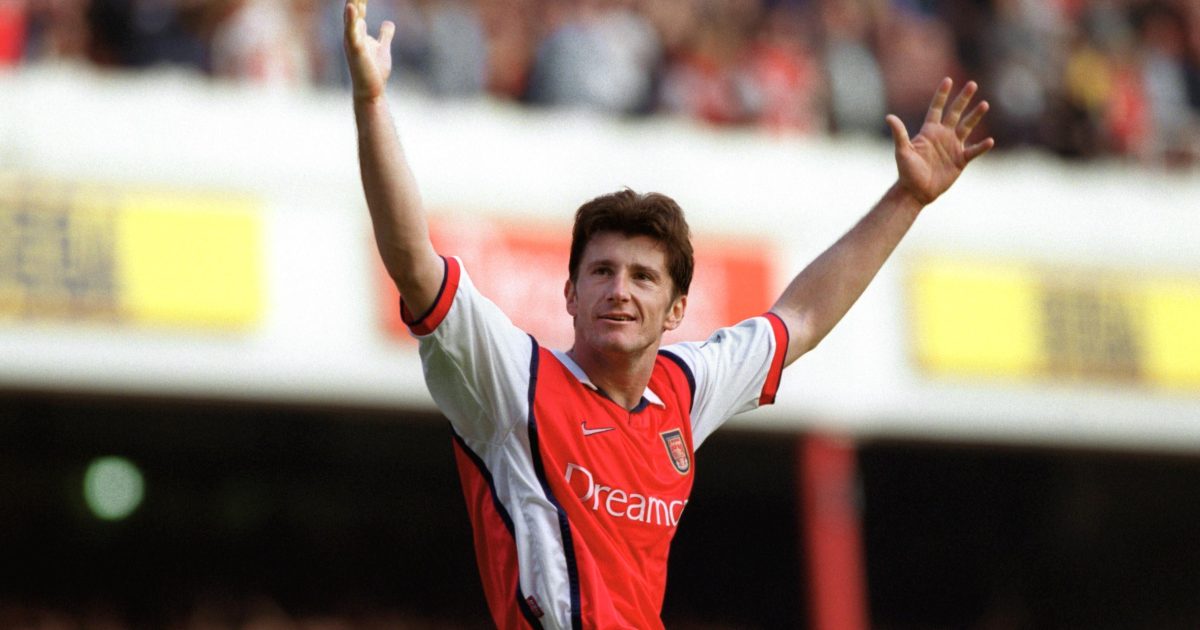 In the summer of 1999, Arsenal completed arguably their defining signing of the Arsene Wenger era with a club-record £11million deal for Thierry Herny.

Brought in as a replacement for fellow French forward Nicolas Anelka, himself one of the Premier League’s greatest ever bargains, Henry scored 226 goals in 370 appearances over the following seven years, leaving for Barcelona as the club’s record goalscorer.

But the striker wasn’t the only arrival at Arsenal that summer, and we’ve taken a closer look at the other five players the Gunners signed ahead of the 1999-00 season.

After being linked with a move to Tottenham, Sylivinho decided to join Arsenal instead, becoming the first ever Brazilian to sign for the club.

He displaced Nigel Winterburn in the side and quickly made the left-back spot his own, making 72 appearances in all competitions for the Gunners across two seasons.

Despite being voted into the PFA Team of the Year for the 2000-01 season, he was allowed to join Celta Vigo due to the emergence of a certain Ashley Cole.

“We only sold him because we had Ashley Cole and at some stage we had to make a choice,” Arsene Wenger said.

“It was difficult, but we are an English club and Ashley was an English international. However, both players were outstanding at the time in my opinion.”

READ: Ranking every Brazilian to play for Arsenal from worst to best

After failing with a £7million bid for Dietmar Hamann, Arsenal looked for a cheaper alternative, signing Malz from 1860 Munich for £650,000.

During his first season at the club, the midfielder scored twice in 11 appearances, including a goal on his debut against Preston in the League Cup.

But he featured just three times as a substitute in the following campaign and subsequently returned to his native Germany with Kaiserslautern.

Having won the Golden Boot at the 1998 World Cup, expectations were high when Suker completed a £3.5million move to Arsenal from Real Madrid a year later.

The former Croatia international arrived at the club a day before Henry, but the pair had contrasting fortunes in north London.

He was behind Henry, Dennis Bergkamp and Nwankwo Kanu in the pecking order and scored 11 goals in all competitions in his only season at Arsenal.

His last act for the Gunners was to miss their first penalty in the shootout defeat to Galatasaray in the 2000 UEFA Cup final.

🗓️ January 15, 2000: Davor Suker 🇭🇷 does this against Sunderland… pic.twitter.com/lK3OiHrDZk

Volz joined Arsenal from Schalke as a 16-year-old and was a member of the successful academy side that won the FA Youth Cup in 2000 and 2001.

After loan spells at Wimbledon and Fulham, he joined the latter on a permanent deal in January 2004 and scored the Premier League’s 15,000th goal when he struck against Chelsea in 2006.

Upon retiring from playing, he spent four years working as Arsenal’s chief German scout and is now the assistant coach at RB Leipzig.

Signed after impressing in Dynamo Kiev’s run to the Champions League semi-final, Luzhny acted as an understudy to Lee Dixon at Arsenal.

The right-back was never able to establish himself as a first-team regular but still made 110 appearances during his four years in north London, winning a Premier League title and two FA Cups.

His last appearance for the club – Arsenal’s 2003 FA Cup success over Southampton – was among his best before he left to join Wolves.

Can you name every player to wear No.9 for Arsenal in the Premier League?