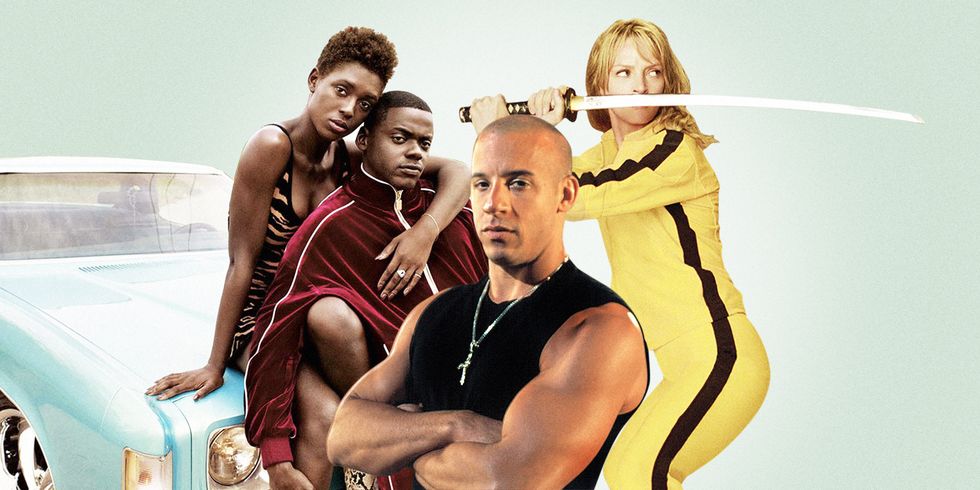 Let’s talk HBO. Quietly, though! Really don’t want to distract them from getting on with filming Season Three of Succession, please.

Anyway. HBO. The veteran premium cable channel is known for its prestige TV, of course, but it also, with the addition of HBO Max, has a whole catalog of films that rival even Netflix. And although Netflix has a library that spans for days, HBO has the substance. With a collection of major franchise installments, Academy Award winners, and crowd favorites, HBO is a serious streaming contender.

So while we wait for Season Three of Succession together (have you caught our suggestion yet?), let’s turn to HBO’s movie offerings. The premium cable channel title stands for Home Box Office, which feels like the most fitting place to go in a year where there is literally no box office outside of your own home anyway.

It’s Nolan’s last Batman film, and damn if it isn’t a good one. With Christian Bale facing off against Tom Hardy’s Bane, the third installment features some of the best fights and visuals in the series. And for the record, we do not condone any Catwoman Hatha-hate in this home.

Keep it above 50, baby. In this road warrior thriller, Keanu Reeves is an officer tasked with stopping a bomb placed underneath a bus by an unhinged Dennis Hopper. (Ok, he’s the actor who plays the man man, but could you imagine?) Problem is, if the bus drops under 50 miles an hour, it blows up. And Sandra Bullock is the hero behind the wheel keeping everyone alive.

Cast Away is the transformation tale of FedEx executive Chuck Noland (Tom Hanks) after he washes ashore, alone and deserted on an island after a deadly plane crash. With only his volleyball Wilson for company, Chuck reevaluates what it means to live in this award-winning classic.

Adapted from Yann Martel’s 2001 novel of the same name, Ang Lee’s 2012 Oscar-winning drama Life of Pi is a coming of age tale for Pi, who ends up stranded at sea aboard a lifeboat following a shipwreck of which he and a giant Bengal tiger are the sole survivors. Visually stunning and deeply moving, Life of Pi is a tale of trust, perseverance, and survival for Pi and his unlikely animal companion.

In this 2017 Oscar-nominated Paul Thomas Anderson-directed drama, a famous high fashion designer (Daniel Day-Lewis) falls for a young waitress (Vicky Krieps) who becomes his lover and muse. It’s an emotional and strange story of love and relationships, artfully crafted.

Nominated for ten Oscars, this 2010 Coen Brothers remake of the 1969 classic is a thrilling Western comedy. Hailee Steinfeld stars as Mattie Ross, who hires Rooster Cogburn (Jeff Bridges) to help her avenge her father’s murder at the hands of an outlaw named Tom Chaney (Josh Brolin). A Texas Ranger named LaBoeuf (Matt Damon) is on the same quest for his own reasons, and the unlikely trio sets off together on a very entertaining journey.

Ryan Murphy’s powerful Emmy-award winning 2014 adaptation for HBO of the 1985 play follows a writer (Mark Ruffalo) and his friends as they fight to dispel the truth about the AIDS crisis within the government and the gay community in 1980s New York.

Beasts of the Southern Wild

This gorgeous 2012 drama was the breakout film for Quvenzhané Wallis, who shines as six-year-old Hushpuppy. She lives with her father Wink, played by Dwight Henry, who falls ill as nature descends into chaos. With their community in danger and her father sick, Hushpuppy sets out in search of her absent mother.

The 1999 drama American Beauty follows a family in crisis as the patriarch (Kevin Spacey) becomes infatuated with his teenage daughter’s best friend (Mena Suvari). The moody movie won Oscars for Best Screenplay, Best Director, Best Actor, and Best Film, and though Spacey’s standing in Hollywood has taken a nosedive, the film remains a classic.

They said a WWII comedy couldn’t be done, and Taika Waititi proved them wrong. Both deeply heartbreaking and laugh out loud funny, Jojo Rabbit tells the story of Jojo, a lonely young German boy who is dismayed to discover that his mother (Scarlett Johansson) is hiding a Jewish girl in their home. With only his imaginary friend Adolf Hitler to consult on the matter, Jojo must weigh his blind nationalism against his heart.

The Fast and The Furious

Everyone knows that the best iteration of The Fast and the Furious franchise is Tokyo Drift (fight us), but there’s nothing quite like the original. Rob Cohen’s original film follows Brian O’Connor, an undercover cop played by Paul Walker, on his mission to discover the identities of a group of car hijackers led by Dominic Toretto (Vin Diesel).

Spielberg’s 2012 biographical historical drama depicts President Lincoln’s strife and determination as he resolves to end of the Civil War and abolish slavery. Daniel Day-Lewis won the Oscar for Best Actor for his performance as President Abraham Lincoln.

Judd Apatow’s King of Staten Island is a semi-autobiographical film about Pete Davidson, starring Davidson himself. In it, he works through losing his father on 9/11, his mental health, and coming up into comedy. The movie, like Pete himself, is young, dark, and deeply funny.

Tarantino’s revenge movie starring Uma Thurman is not for the faint of heart. The Bride (Uma Thurman) is a former assassin who wakes from a coma four years after a jealous ex attempted to murder her on her wedding day, and her quest to get even makes for one of the most violent movies of all time.

No one said that Ma is high cinema, but it’s a damn good time. Octavia Spencer plays “Ma,” who turns out to be a high school reject hellbent on revenge for the worst years of her life. Rocking a bowl cut, she remains proof that if a total stranger says “Don’t make me drink alone!” it’s probably best to just let her drink alone, else you want to get your mouth sewn shut.