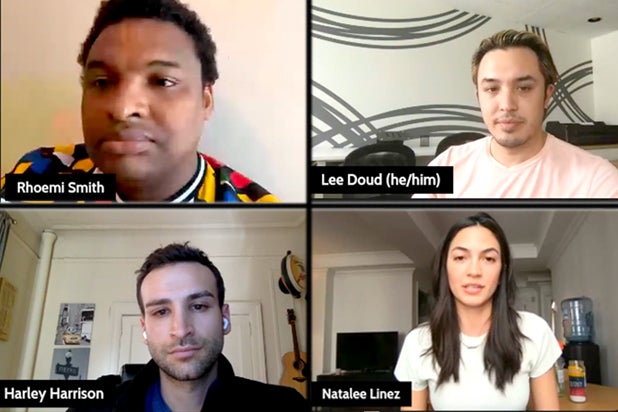 This week on “TheWrap-Up,” hosts Sharon Waxman and Daniel Goldblatt discussed Endeavor’s move to go public (again), whether or not Hollywood shoot boycott Georgia over its new voter laws and the weird week in the world of Rep. Matt Gaetz.

Then, we’re joined by four up-and-coming actors — Rhoemi Smith, Natalee Linez, Harley Harrison Yanoff and Lee Doud — to discuss how they pivoted to other things during the pandemic (but never gave up on acting).

Finally, NFTs are the big craze these days and you bet Hollywood wants in on it. The question is — how? Oanda senior analyst Ed Moya and Martin Nolan, Executive Director and Chief Financial Officer of Julien’s Auctions, help us figure it out.

“TheWrap-Up” is hosted each week by founder and editor-in-chief Sharon Waxman and assistant managing editor Daniel Goldblatt. The pair dive into the biggest headlines of the week in the world of movies, television, streaming and tech. Each episode features two deeper dive segments featuring our knowledgable and talented team of Wrap Pro reporters, offering up their in-depth, expert analysis you won’t hear anywhere else.