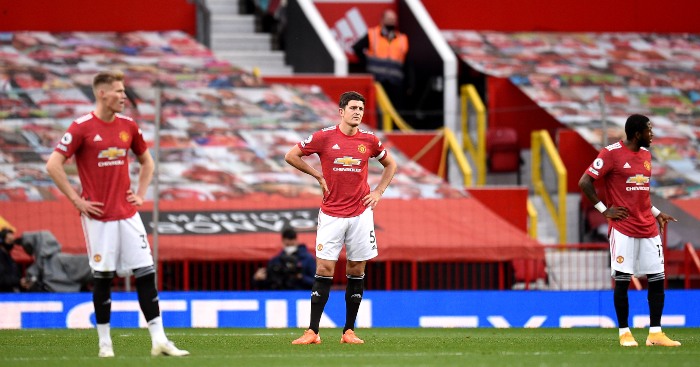 In 27 previous Premier League games for four clubs, Patrick Bamford had scored one Premier League goal. One. Even the worst strikers usually score two or three goals, even if just by accident. Off the back of the head. Off the toe. Off the arse. Not Bamford. Even in the Championship last season, he scored just 16 goals from 143 shots; that’s a goal every nine shots. The one thing you knew about Patrick Bamford was that he missed chances, and that was seen as a real weakness even as Leeds secured promotion to the Premier League.

9) Karl Darlow being the best goalkeeper

After six years at Newcastle United, we finally have an answer to the ‘but is Karl Darlow actually any good?’ question that almost nobody was asking. And it turns out that he is brilliant. Like proper brilliant. He has saved 19 of 24 shots on target conceded by Newcastle this season, giving him a save percentage of 79.2%, ahead of second-placed Emiliano Martinez and way, way, way ahead of such vaunted keepers as Alisson (55.6%), Ederson (53.3%) and David De Gea (39.9%).

It was expected that Newcastle would massively suffer in the absence of Player of the Year Martin Dubravka, but they have carried on exactly where they left off: Allowing a load of shots (as many as West Brom) and then watching as their goalkeeper bails them out of the sh*t. Tis the Newcastle way.

Timo Werner and Kai Havertz scored 40 goals between them in the Bundesliga last season, so of course Chelsea’s top scorer after four games is a defensive midfielder who does a lovely little skippy-jump thing in his penalty run-up. Of course.

What is Jorginho even doing there? All the talk all summer was of the Italian being part of a summer exodus that has not actually happened; Chelsea are yet to get actual money for any footballer who was actually playing for Chelsea last season. So Jorginho remains and until all those shiny new attacking players start finding the net, he is Chelsea’s top goalscorer. Go figure.

What’s better than one Jorginho penalty? 🤔

Had Mo Elneny signed for Beskitas in a permanent deal for £3m this summer, it would have barely merited a mention on Sky Sports News or a story on this or any other website. He was a forgotten man who had briefly served a purpose as a useful squad member but was now on his way. And now here he is starting three of Arsenal’s four Premier League games this season, playing more minutes than either Granit Xhaka or Dani Ceballos.

“Mo has been excellent since day one in training. He is a player that I know really well because we played together. I know what he can give us and how willing he is to improve. Today he was phenomenal,” said Arteta after the opening-day win over Fulham.

Anyway, buying Partey is a great opportunity to move Elneny to 10 and really give him the keys.

6) Tottenham are The Entertainers

‘When Manchester United finished second in 2017/18, they scored 30 away goals in 19 matches; Mourinho’s Spurs have 11 in two so far. Maybe he has changed after all,’ wrote Daniel Storey in Premier League winners and losers. Maybe even Jose Mourinho struggles to park the bus when Eric Dier and Davinson Sanchez are his drivers; it makes far more sense to let Harry Kane and Son behind the wheel and stick it in fifth.

With four games played, no team has scored more than Tottenham’s 12 Premier League goals, even after the opening 1-0 defeat to Everton that threatened to send them hurtling headlong into an early-season crisis. They have even found the time to score a ridiculous 12 Europa League qualifying goals and advance in the Carabao Cup when they were embracing exit.

5) West Ham are not a car crash

Top half of the table, is it? Back-to-back wins over two supposedly well-run and organised teams, is it? That looked close to impossible when they were getting battered by Newcastle at home on the opening day. There were signs in the Arsenal defeat that there might possibly be better days to come, but nobody saw 4-0 and 3-0 victories on the horizon. It turns out that the key was sending David Moyes home to self-isolate and leaving Alan Irvine in charge.

Leicester started the weekend top of the Premier League and West Ham did not allow them a single shot on target. Not one. They allowed them the ball and then they counter-attacked with pace thanks to Michail Antonio, Tomas Soucek, Jarrod Bowen and the revitalised Pablo Fornals. Moyes may well keep his job (by not really doing his job).

4) Dominic Calvert-Lewin scoring all the goals!

It took him until Boxing Day to score six Premier League goals last season; now he’s done it in four short games.  As Storey wrote: ‘In Dominic Calvert-Lewin they might just have the new Harry Kane, a centre forward in whom we are waiting for a reversion to the mean that just never comes until the mean itself has shifted up.’

Hands up if you thought Calvert-Lewin was capable of this kind of goalscoring form; just you, Carlo. Perfect. After the failure of the Moise Kean experiment, Everton have worked out that they already had the makings of an elite goalscorer, if only they had an elite manager and a couple of elite playmakers to match. It’s been a wonderful surprise for Everton and hopefully England.

“Last week, Mr Keane said we defended sloppy. Tonight it was not sloppy, it was just bad. I have to admit that, I cannot change that now,” said Jurgen Klopp after that ridiculous 7-2 shellacking by Aston Villa. Keane had seen the signs against Arsenal – and of course Liverpool had already conceded three goals against Leeds on the opening day – but even he would never have forecast this kind of sh*t-show. The goalkeeper was abject but so were the defence, midfield and all the forwards barring Mo Salah. It was rotten.

Only West Brom have conceded more Premier League goals than the champions this season. It took them 13 games to concede the same 11 goals last season. We saw some defensive drop-off on the cards after the off-colour nature of some of their Project Restart performances, but this? After finding five slightly daft reasons why they will not win the title last week, perhaps we should have added a sixth: Pure sloppiness.

Only West Brom [13] have conceded more PL goals this season than Liverpool [11].

Ridiculously, I tipped them for relegation. Right now I can only plead the ‘John Terry defence’. They had an astonishing summer’s transfer business with Ollie Watkins adding goals and Ross Barkley the creativity, while Matty Cash and Bertrand Traore will transform the right side. Wins over the toothless Sheffield United and the already-relegated Fulham could have possibly been predicted, but that demolition of Liverpool was as beautiful as it was shocking.

This team – with Jack Grealish committed and John McGinn fit again – has the makings of a top-half outfit. It’s like the last miserable decade never happened. We did not see it coming but we are so bloody happy now. This is proper.

1) Manchester United being *this* sh*te

We never expected a title challenge but their post-Bruno Fernandes form suggested that they could at least get a little closer to the title challengers. Small steps and all that. But instead of small steps forward, Manchester United seem intent on taking huge strides backwards, into a place where they can lose to Crystal Palace, sneak past Brighton and then get absolutely battered by Tottenham.

Some blame has to be directed towards Edward Woodward for a shambolic transfer window, and some blame has to be flung in the direction of the players themselves, but let’s not pretend that Ole Gunnar Solskjaer should be immune from criticism. As Storey wrote:

‘Solskajer could have no complaints if he was sacked this week. The bleak reality is that you could survey the fans of the other 43 clubs in the Premier League and Championship and only a handful would happily swap their own manager with the manager of Manchester United. That in itself should embarrass the club. Solskjaer’s deep connection with the club counts for something, but it is simply not enough to account for the shortfall on his CV.

‘This is not an attack on Solskjaer. He seems a manager desperate to succeed and who feels the pain of humiliating defeat more than most because of his affinity to the club. But this isn’t a school sports day. You can’t simultaneously demand that Manchester United become more ruthless and efficient off the pitch and believe that Solskjaer should stay in his position when he is so clearly not the best person for it. This experiment has now run its course.’

But even we didn’t think they would be *this* shite.