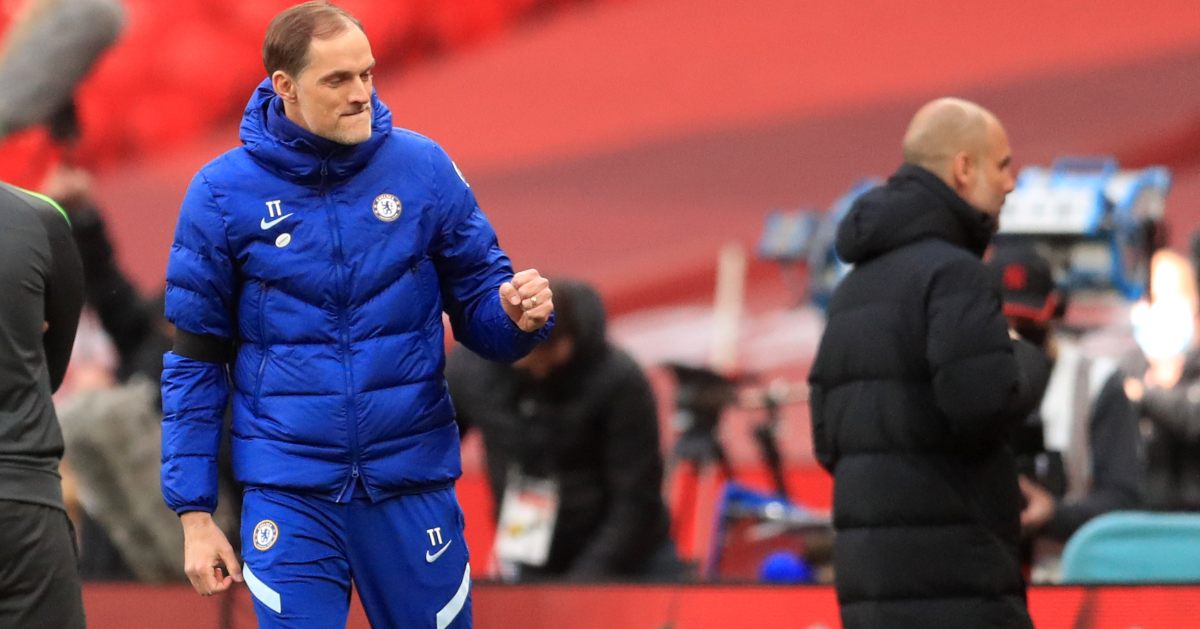 Thomas Tuchel was as delighted by Chelsea reaching the FA Cup final as the manner of his side’s display after ending Manchester City’s quadruple quest.

Just days after both sides progressed to the Champions League semi-finals, the Blues came out on top at an empty Wembley to set-up a clash against Southampton or Leicester next month.

City looked tired and disjointed having made eight alterations for Saturday’s semi-final, with Hakim Ziyech’s second-half strike enough to secure Chelsea a deserved 1-0 win against the runaway Premier League leaders.

“If you play against Pep you know that you play against the highest level of Europe because wherever he was at the sideline – Barcelona, Bayern (Munich) and now Man City – for years he was the benchmark with his teams,” Tuchel said.

“And he is again. You can see that with the Premier League.

“Our target was to close the gap for the 90 minutes because it’s possible in football and if you arrive in good momentum, we can make this happen.

“I am very, very happy and proud with the performance of our team because we played with a lot of courage, we were very self-confident and played very brave with the ball and against the ball.

“We are very happy with the performance and it will be a huge boost for our self-confidence and for our progression for our development because we arrived also with a young team and young players.

“It’s important to have these experiences together and the most important now is to enjoy it today, let the players feel it.

“From today, it’s the past and we need to perform in a crucial week in the Premier League.”