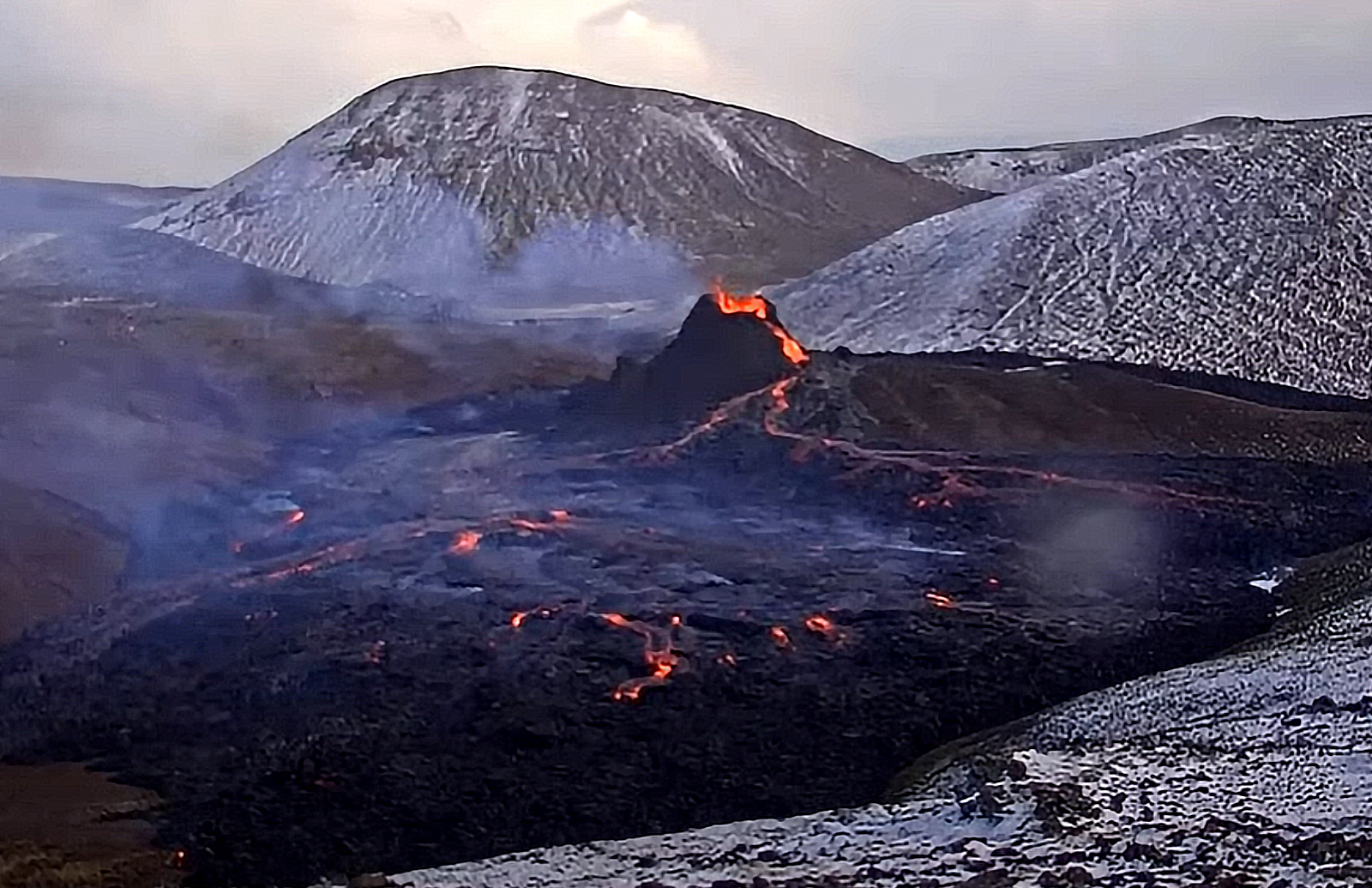 Over the course of human history, volcanic eruptions have typically fallen into one of two categories. They’re either relatively mild and fascinating to watch from a safe distance or tragic, cataclysmic events that lead to the loss of many lives and a lot of destruction. The eruption of Fagradalsfjall, a volcano located in Iceland near the capital city of Reykjavik over the weekend thankfully fell into the former category. Locals had been anticipating an eruption, as the long-dormant volcano was showing signs that it was ready to blow its top for the first time in 800-or-so years, and while you wouldn’t want to stand right next to the thing, the ongoing eruption has been fairly calm.

The volcano has puked up a whole bunch of red-hot molten rock which has flowed forth and covered a wide area. Visitors to the site have kept their distance (and even set up a live stream so you can watch it happen in real time), but once intrepid Icelander decided to get as close as he possibly could with the help of a drone. The footage he collected is truly remarkable.

You obviously don’t want to get very close to the mouth of an erupting volcano, whether you’re a human or a piece of machinery, but Bjorn Steinbekk managed to keep his drone alive and flying while capturing some very, very close shots. He posted the videos to Facebook and, well, let’s just say they’re an absolute treat. Check them out:

If I’m being totally honest, I don’t think volcano videos get much better than this. You’d absolutely never be able to get shots like this on foot and without a skilled pilot directing the drone on its journey, it could have easily been lost and its footage destroyed along with it. Thankfully, that didn’t happen.

The eruption hasn’t disrupted lives in the region, aside from people flooding to the area to see the incredible sight in person, and it would appear that the volcano isn’t poised to cause any problems going forward. It’s unclear exactly how long the volcano will continue to erupt, but as you can see on the live stream camera it’s still bubbling and boiling over. It definitely still has some life left in it, so if you’re in the area and want to gaze upon a once-in-a-lifetime event, you still have time to catch it.

For the rest of us around the world, we’ll just have to watch it from afar. Videos like these make it easy to enjoy some of nature’s more spectacular displays, and whenever something like this happens you can always be sure that someone with a drone or a fancy camera is going to capture it and share it with the rest of the planet.

Amazon shoppers are going nuts for this 22-piece screwdriver set on sale for just $22 Price:$21.99