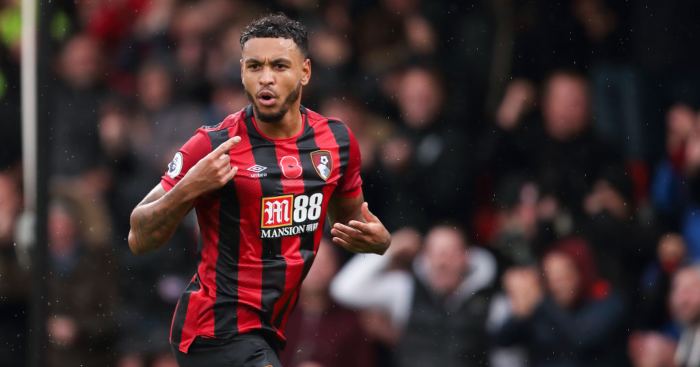 West Ham United look set to miss out on Bournemouth’s Joshua King, with David Moyes focusing instead on defensive signings.

King enjoyed five successful seasons with Bournemouth in the Premier League. The forward joined from Blackburn on a free ahead of their first season in the top flight in May 2015.

The forward was consistently one of the Cherries’ best players in each of their campaigns in the Premier League.

Everybody Loves… football programmes – a memento to every matchday

His best season personally came in the 2016/17 campaign, as he scored 16 league goals from his 36 outings. The striker has made 162 Premier League appearances for Bournemouth, and he has scored 48 times.

King made 26 league appearances in Bournemouth’s relegation season, and he netted on six occasions. He has received a lot of interest this summer, with Man Utd, Tottenham and Everton among those who are keen to sign him.

But West Ham have been considered one of the leading contenders to get him. The Hammers have been chasing him all summer, but now the deal looks unlikely.

The Daily Star report that David Moyes has limited finances at his disposal and he wishes to use what is remaining of the budget on new defenders.

Given that Bournemouth are asking for around £18m for King this summer now makes a deal between him and West Ham unlikely.

The Hammers can only bring players in from the EFL until October 16. They have been linked with a number of defenders, including the Cherries defender, Steve Cook.

West Ham have made just two signings so far this summer. Tomas Soucek has rejoined the club on a permanent deal from Slavia Prague for around £15m.