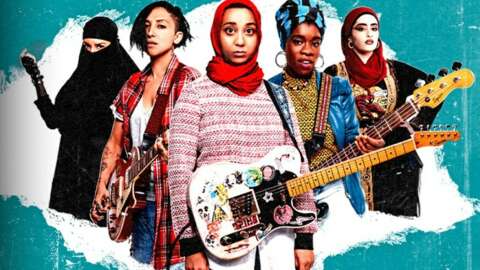 June is nearly upon us and that means a new lineup of series and movies on the Peacock streaming service. The library includes a ton of wrestling content, a collection of licensed shows, and a few Peacock original series.

On the Originals front, UK-imported series We Are Lady Parts joins Girls5eva as another musical comedy on the service. We Are Lady Parts follows a Muslim female punk band called Lady Parts looking for a lead guitarist and some proper success. Other Peacock Originals include David Schwimmer’s Intelligence Season 2, Trolls: Trollstopia Season 3, and Vanderpump Dogs, a spin-off of Vanderpump Rules, which follows Lisa Vanderpump’s Dog Rescue center.

Wrestling content includes WWE’s 50 Greatest Tag Teams (episode 1), WWE The Day Of: The Mysterios Make History, WWE Untold: The Nexus, WWE The Ultimate Show: Ultimate Hell in a Cell, and more. A number of daily and weekly talk shows continue or join the network as well, including Brother from Another, Zerlina, the Mehdi Hasan Show, and the Amber Ruffin Show (every Friday).

Here’s the full list of what you can look forward to on Peacock in June.


Got a news tip or want to contact us directly? Email news@gamespot.com