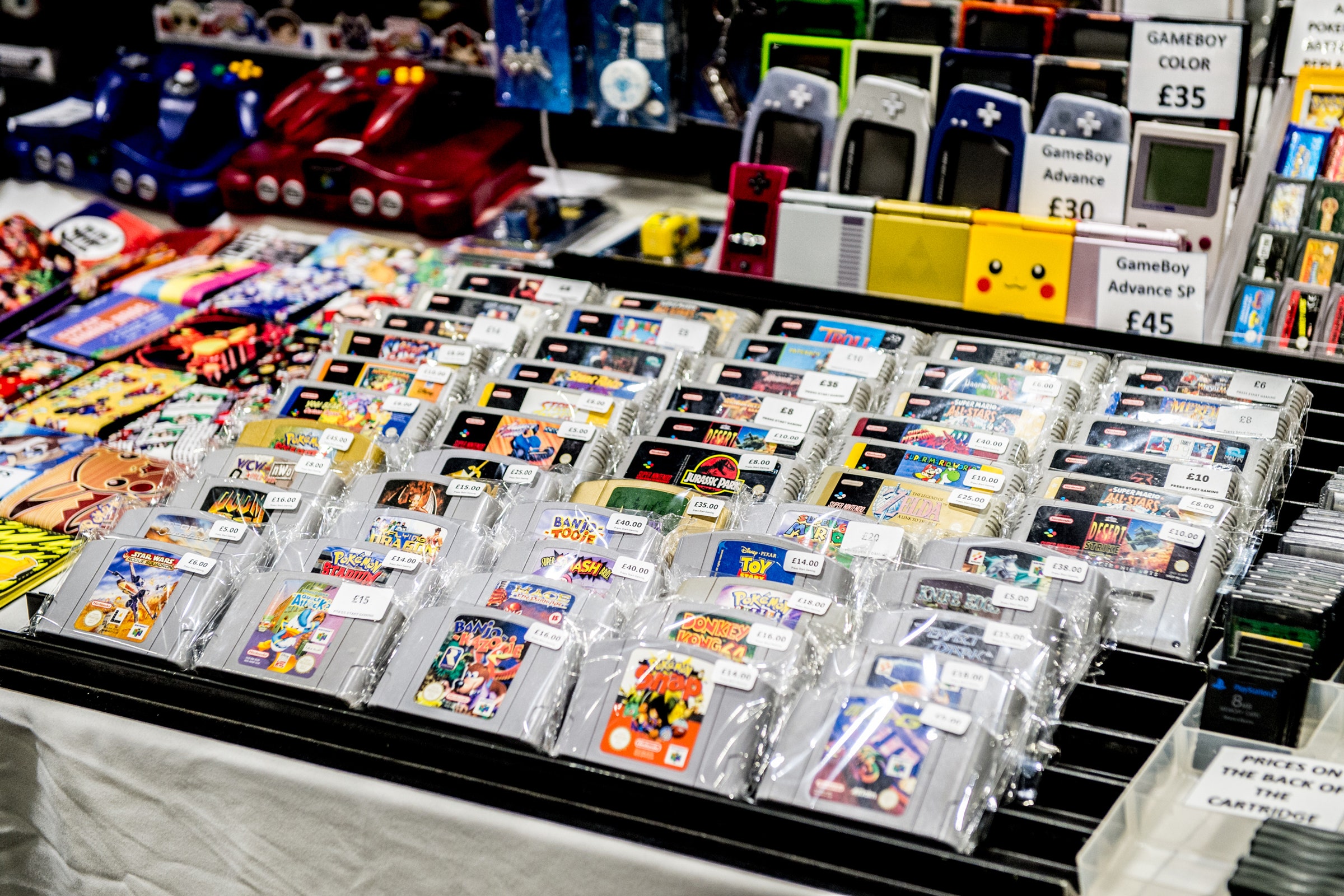 The PS5 and Xbox Series X may be the newest consoles on the block, but retro gaming has made its own comeback in recent years—from re-imaginings of classic Mario to replicas of the consoles themselves, games from the 80s and 90s are getting love from new and returning audiences alike. Even Plex, the streaming service and media center app maker, just announced a new feature where you can stream games to your TV for a monthly subscription.

But some of those old games are available on so many different platforms, it’s hard to know which is best—should you play Chrono Trigger on your PC, phone, or the Super Nintendo stashed away in your parents’ basement? Are all-in-one emulation systems like the Raspberry Pi worth the effort over an NES Classic Edition or Sega Genesis Mini? We’re here to help.

‘Virtual Consoles’: As Easy as It Gets

Many games—particularly popular ones that aren’t tied up in licensing nonsense—are easily playable on modern consoles thanks to the manufacturer’s online game stores. This became popular in the Wii era with Nintendo’s Virtual Console on the Wii, Wii U, and 3DS, which allowed you to buy and download individual classic games to play on your modern machine. If you have one of those systems, this is arguably one of the easiest ways to play those old games, and the selection is pretty decent. It even includes some Nintendo 64 games, which are not as common on other platforms or easy to emulate. While the virtual console isn’t without quirks—the Wii U Virtual Console did have emulation issues, input lag, and a noticeable dark tint to many games—it’s still fairly reliable with a sizeable library. The Wii eShop is now closed, but the 3DS and Wii U digital game stores remain open in the US if you still have that older hardware.

These days, you tend to see these “virtual consoles” as subscription services, like Nintendo Switch Online (which has “80+ games” from the Nintendo and Super Nintendo available for a monthly fee) or PlayStation Now (which has 700 PS2, PS3, and PS4 games available as part of a subscription). Both companies also sell backward-compatible games and remastered ports on their respective online stores, like Super Mario 3D All-Stars and the Crash Bandicoot N. Sane Trilogy. Just click Buy and start playing—in some cases, you may even be able to grab retro-style controllers that match the look and feel of the originals.

Nintendo started a trend with their first mini-console. Now, you can buy tiny replicas of all your childhood favorites, including the Nintendo, Super Nintendo, Sega Genesis, PlayStation, Atari 2600, and more. Some are higher quality than others (Nintendo’s are great, Sony’s is disappointing), but all aim to be plug and play, fully compatible with modern TVs. These tend to come with a selection of popular games built-in, along with a few extra features (like save states) and customization options (like CRT filters and other goodies).

These mini machines have more limited libraries than the virtual consoles, but are similarly simple to set up. In addition, some had limited runs and are harder or more expensive to acquire, but if you like the added novelty of having a tiny console—not to mention the most authentic controller—it’s a great way to rebuild the retro collection of your youth.

In some cases, you may be able to find your favorite game(s) available right from the iOS App Store, Google Play Store, or on PC through a store like Steam. This can offer a similarly convenient way to play, especially if you already carry your phone with you everywhere. The quality of these ports, however, can be all over the map.

For example, Sega’s ports of Sonic the Hedgehog, Sonic 2, and Sonic CD are stellar remasters of their classic counterparts. They play in widescreen for modern displays, add the ability to play as other characters, and allow you to choose between the Japanese and American soundtracks. Last year’s re-release of Doom 64 has also been lauded for its quality. On the other hand, the mobile version of Mega Man X was widely panned due to its poor use of screen space and sluggish speed. Chrono Trigger‘s PC port started out as an absolute mess, but was later fixed with a series of patches. And many other terrible ports have come and gone from the App Store over the years, no longer available for download.

Most ports, though, lie somewhere in between. Grand Theft Auto: San Andreas was ported to mobile with HD graphics and improved checkpoint saving, but middling performance (and less-than-perfect touch controls). The Final Fantasy games are also generally well-regarded, though some players dislike the new graphics, and some control better than others. If you’re interested in playing one of these retro games on your phone or PC, you’ll want to look up reviews for that specific title to see what other players think—and see if it’s compatible with external gamepads for the best experience.

Ports, remakes, and remasters can be great, but you rarely see them for less popular games. You also don’t see them for games that have licensing hurdles to overcome. Emulators have long been the go-to for games like this, with programs like MAME, Snes9x, and Dolphin allowing you to play arcade games, Super Nintendo games, or GameCube and Wii games on your PC. These days, the emulation community has even gotten those games running on cheap Raspberry Pi-based systems, modified game consoles, and versatile handheld hardware like the Anbernic RG351P and Bittboy PocketGo—often with the help of all-in-one emulation programs like RetroArch.

Some of these emulators can be fairly easy to set up, while others (like the famously fiddly Nintendo 64) require a bit more know-how. You’re rewarded for your efforts, though: often, emulators allow you to remap controls however you want, hack in widescreen support and high-res textures, download patches that mod the game with quality of life improvements, and even play online with friends. Oh, and there’s that whole legality issue: downloading ROMs from the web is piracy, and while you can rip your own cartridges for a more legal setup, you may still encounter some challenges along the way (like manufacturers constantly closing loopholes that allow for emulation on their devices). In other words, this is a fantastic way to play, provided you’re willing to do a bit of legwork.

Finally, if you still have your old Genesis sitting in a closet with your original copy of Altered Beast, you could hook that up to your TV and start playing—but while this seems easy, it’s far from the best experience out-of-the-dusty-box. Modern TVs don’t always accept those old-school connections, and even if yours does, the resulting picture is probably going to look awful compared to the more modern options listed above. It’ll do in a pinch, but it won’t be pretty.

That’s why many retro enthusiasts have old-school CRTs in their game room to truly recreate the classic experience. Others turn to lesser-known connections like SCART and external scalers like the Open Source Scan Converter (OSSC) to make things clearer on modern HD sets. In some cases, this even requires modding the original console for RGB or HDMI output, so things can get complex quickly. For a deep dive into running original hardware at the highest quality possible, check out My Life In Gaming’s RGB Master Class on YouTube—it’s a rabbit hole, but well worth it if you’re looking to get deep into the hobby (rather than get a quick nostalgia fix).

Alternatively, if you like the idea of playing the original cartridges but aren’t devoted to setting up a whole command center of gear, modern console re-creations like the Analogue NT Mini, Super NT, and Mega SG mimic the original hardware using an FPGA rather than software emulation. It may not look the same as your old Super NES, but it’ll replicate the games themselves better than your typical PC emulator, giving you an incredibly authentic experience without much hassle.