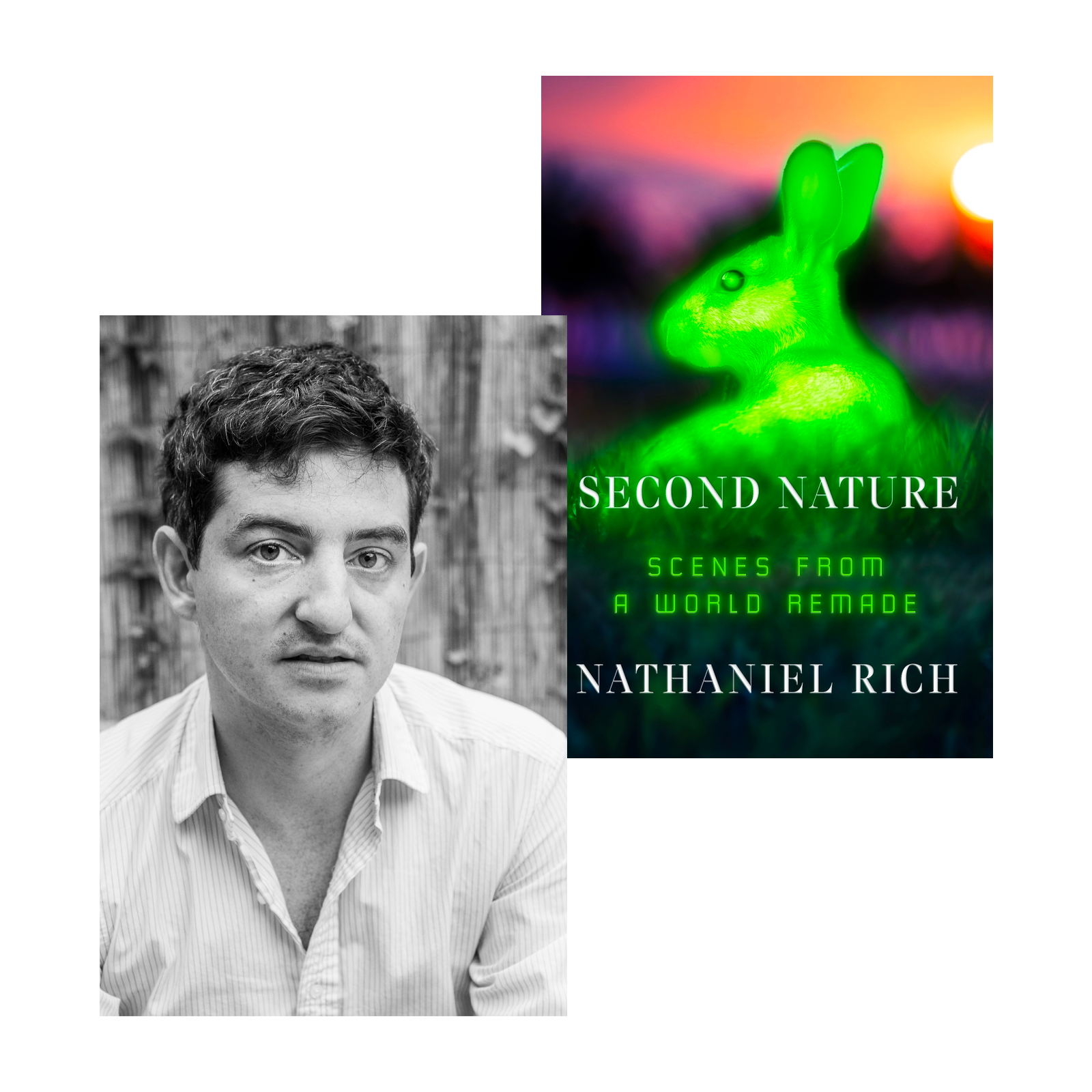 What people call the “natural world,” according to Nathaniel Rich, “is gone, if ever it existed.”

As he writes in his new book, Second Nature: Scenes from a World Remade, “Almost no rock, leaf, or cubic foot of air on Earth has escaped our clumsy signature.” The oceans are warm and swollen, and thousands of species, some of them yet undiscovered, are winking out. Even our blood contains harmful levels of PFOAs, an industrial “forever chemical” linked to serious health problems. How do we begin to undo what we’ve done to the planet, and to ourselves?

“I don’t think it’s sufficient to say that we should do things to reverse the damage that we’ve done,” Rich told Grist. “Yes, we should try to make the world better. But what world are we trying to create? That’s the bigger question.”

Humanity has a problem of enormous proportions on its hands: We’ve subdued the natural world, something we once regarded with deep-rooted terror, with resounding success. Now that it’s disappearing, we want it back. As climate change forces a moment of global reckoning of all that we’ve lost, a growing cadre of environmental journalists are picking up a line of thinking first percolated by environmental writers like Alexander von Humboldt in the 18th and 19th centuries: “leaving nature alone” is impossible, in no small part because we ourselves are a part of it.

Second Nature opens on a farm in West Virginia, where “forever chemicals” dumped by the chemical manufacturer DuPont leached into a creek and turned a rancher’s amiable herd of cows into a murderous, mangy stampede of cow-adjacent creatures — teeth blackened, noses gushing with blood, eyes a sparkly shade of “chemical blue.”

The book hops from one third-person narrative to the next — a researcher tries to divine the unholy reasons why starfish on the Pacific coast have started ripping their own arms off, a butcher’s son learns how to make chicken in a test tube, a student becomes obsessed with resurrecting the extinct passenger pigeon, a bunny rabbit glows green under a blacklight.

Rich didn’t set out to write the book with the intent to freak people out, but he says it’s important to sit with the uncanniness of our moment. “We’re living among these grotesqueries that we’ve created ourselves,” he said. “We see these horrors going on and on some level try to blind ourselves to them. Why are we doing that, and how do we move past it?”

Rich’s debut nonfiction science work, a magazine-turned-book, first appeared in New York Times Magazine in 2018 with the headline Losing Earth: The Decade We Almost Stopped Climate Change. It chronicled the decade between 1979 and 1989, when the U.S. federal government came within spitting distance of enacting sweeping climate policy. The book was originally supposed to be a chapter in Second Nature, but Rich says Losing Earth “forced its way out” before he could finish the book that spawned it.

Both books function as complementary chronicles of the Anthropocene — the name some experts use for our current geological age, defined by human activity. Losing Earth tells the story of how we got where we are today. Second Nature picks up that thread and continues through the present day, concluding with a look at what the future might hold. If Losing Earth was maddening (the only thing worse than staring down the barrel of endless scorching summers, soupy winters, and catastrophic wildfire seasons is knowing politicians could’ve done something about it and didn’t), Second Nature is unsettling. Each chapter marks a moment of contact between “nature” — whatever that means — and a human effort to intervene in it.

Throughout the book, a theme keeps washing up on the desolate shores of our wasted planet: We have irrevocably changed the natural world. We will change it again. It doesn’t have to be for the worse.

Rich isn’t the only author exploring what it means to adapt, really adapt, to a changing world. Elizabeth Kolbert, a staff writer at the New Yorker and the Pulitzer Prize–winning author of the Sixth Extinction, recently published Under a White Sky. Like Second Nature, the book is a collection of vignettes that detail the ways in which humans are re-engineering our planet to save animals, our own species, and even the particular composition of our atmosphere.

In Australia, she writes, scientists try to spawn a new “super coral” that can thrive in boiling, acidic oceans. In Massachusetts, Harvard scientists try to figure out how to put a dimmer switch on the sun. “We’ve intervened so much at this point that even not intervening is itself … an intervention,” Kolbert told Grist’s Shannon Osaka in February.

A forthcoming book by journalist Emma Marris tells a similar story. In Wild Souls: Freedom and Flourishing in the Non-Human World, she asks: Are any animals still truly “wild”? Marris and Rich both write about the “de-extinction” movement, which seeks to bring species, like the mammoth or passenger pigeon, back from the dead. The idea might sound cool, but reviving a dead species creates a whole new set of ethical dilemmas, Marris says — how to protect it, keep it “wild,” and create the conditions for it to thrive. “If you don’t want responsibilities to passenger pigeons, then don’t resurrect passenger pigeons,” she writes.

It’s not a coincidence that the 21st century’s prominent environmental writers are grappling with the same idea at the same time, nor that they’ve more or less come to the same conclusion: There is no going back to how the world once was.

Rich says he’ll keep writing about the nature of human beings, but he won’t be turning Losing Earth and Second Nature into a trilogy. His next foray will explore imaginary worlds through fiction. “I’ve gotten to the limit of what non-fiction can do,” he said.