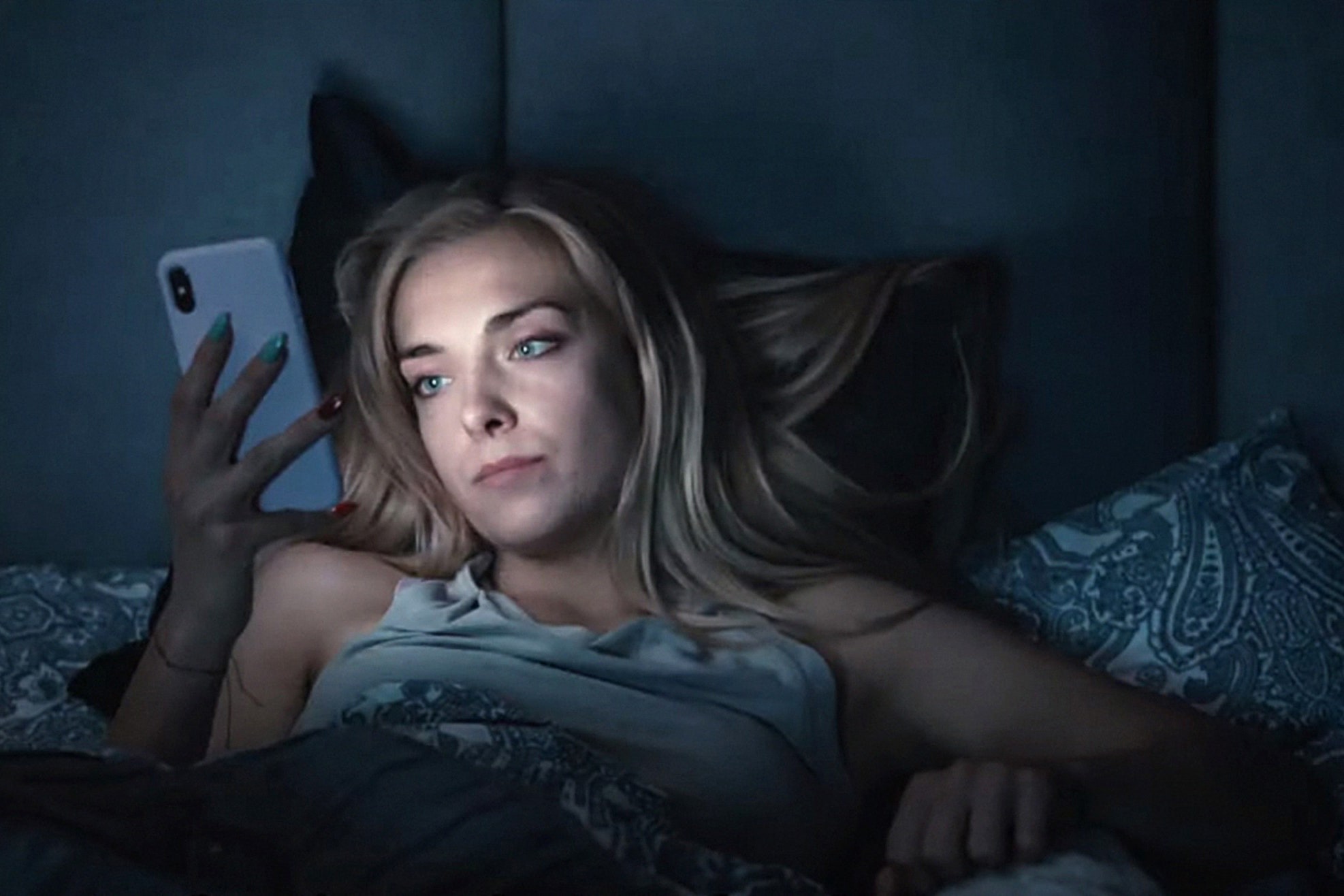 Fitness influencers are a particular breed of social media self-promoter. Their online popularity doesn’t spring forth from lifestyle alone, but from a direct promise: With a little discipline and faith, you, too, can get this ripped. A fair amount of the time, these people turn out to be shameless opportunists, preaching various forms of self-harm that can lead to illness and injury. By now, though, the savvier fitness influencers know not to focus on specifics like flat abs or toned arms, but on the free drugs of endorphins and body positivity: Get stronger! Feel capable! Challenge yourself! Love the body you’re in!

As a result, the market for exercisers who purportedly work out not for aesthetic results but internal satisfaction has expanded. At the same time, skeptical movies about social media influencers, often made by men, have reached their inflection point.

People whose business depends on cultivating a following online are a ripe vein for critique in films like Sweat, where Swedish director Magnus von Horn looks at the platform through which Polish fitness influencer and business owner Sylwia Zajac (Magdalena Kolesnik) markets her services to the public. On Instagram—where Sylwia can speak directly to her followers, sharing everything from spon-con to unsettlingly vulnerable confessions—privacy gradually dissolves. Von Horn focuses on the impersonal aspects of selling yourself online, and how Sylwia’s commitment to her high-energy brand comes at the expense of real intimacy. She has no close family or friends; even her own mother is unpleasant, and their relationship suffers as a result. All she has are her followers, a mass of sycophantic strangers—some of whom tearfully thank her for changing their lives, others who ogle and objectify her in public.

This makes for a stirring psychological thriller, but doesn’t have much to do with the reality of women-focused exercise culture. Besides a formally and energetically exciting opening scene in which Sylwia conducts a live workout session at the mall and then meets with fans, von Horn gives little insight into the inner workings of fitness influencing, and why using social media is an essential marketing tool for this business model. Sylwia isn’t an influencer alone—she gets free products from a variety of brands, not even paying for or preparing her own lunches. But she also has devised an exercise program that hordes of women follow. What’s so good about her program? Can women really get “legs like [hers],” as she says, if they follow it, and what happens if and when they don’t?

The entrepreneurial aspect of her online engagement is eclipsed by von Horn’s more obvious ideas about social media addiction. It’s unclear from Sweat why Sylwia is so desperately alone, so unfavored; it’s just assumed that she would be, given her dependence on social media to sustain her empire. Yet we know that plenty of busy, ambitious women find a way to have significant in-person relationships. So what’s going on with Sylwia, really?

Sweat’s problems aren’t Sweat’s alone. Other male filmmakers, including Ingrid Goes West’s Matt Spicer and Eighth Grade’s Bo Burnham, have also looked to the isolating and alienating aspects of social media, to varying results. Rarely, though, do these films look closely at the genuinely self-sustaining aspects of building a life, or a brand, online. Female directors seem to have more success in this space: Gia Coppola’s Mainstream more seriously weighs influencer narcissism and burnout against the real connection and opportunity afforded by Internet fame. Janicza Bravo’s upcoming Zola would not have been possible if the film’s real life subject, Aziah “Zola” King, had not entrusted her story to a bunch of strangers on the internet.

In fact, von Horn had a wealth of compelling source material easily available online, but which his film either ignores or uses as window-dressing. There is a real international fitness app designed specifically for women called Sweat. (It’s unclear whether von Horn was aware of this.) It was created by the Australian personal trainer Kayla Itsines, who has over 13 million followers on Instagram and employs several other trainers who run their own programs through the platform. Sweat trainers share a lot about themselves online, but also maintain a strategic level of distance, sometimes—as Itsines apparently does— having private personal accounts separate from the business with descriptions specifying that they are for friends and family only. Other popular fitness app owners, like the British trainer Krissy Cela, also craftily perform their intimacy with followers—calling them “Bestie,” but never getting too into specifics about their lives offline.

You may think you know a lot about these people, but even their more vulnerable posts are brand-focused. And their followers, while ranging from fervent fans to casual onlookers, appear to care more about the efficacy of the service than the level of perceived intimacy in an Instagram story; the latter is a delivery tool for the former. Followers’ social media and forum comments aren’t about how the trainers are doing emotionally, but getting their money’s worth: Will I be able to do three rounds of full push ups by the end of this 12 week program? Are bodyweight-only workouts effective? Should I be more or less sore and tired as I am? Is it okay if I missed all my workouts this week because life got in the way? Should I trust what you’re selling?

Of course, some people do imagine that their one-sided relationships with these famous trainers are mutual. Others actually develop online or IRL rapports with these influencers. Lines surely get crossed, much as they do in movies like Sweat. But at the core of these branded relationships is also a business, one that allows (usually white) women to have a measure of independence from male-owned fitness empires like Equinox and Nike—or to simply set their own schedules and spend more time with their kids. They’re embracing girlboss feminism, of course, yet von Horn’s Sweat isn’t interested in delving into the economics or psychic toll of being your own boss in public. Instead, his film performs much of what it condemns—sticking the camera in Sylwia’s face, hoping to lay bare her concocted inner turmoil to a captivated audience.

— An Oral History of A Different World, as Told by the Cast and Crew
— Home Truths: How HGTV, Magnolia, and Netflix Are Building a Massive Space
— Cruella de Vil Is Wicked—But Tallulah Bankhead Was Even Wilder
— Why Mare of Easttown Always Had to End That Way
— Cover Story: Issa Rae Says Goodbye to Insecure
— Kathryn Hahn All Along
— Why Kim’s Convenience Matters
— Court Dismisses Anti-Trans Assault Lawsuit Against Rosario Dawson
— From the Archive: When Jennifer Lopez and Alex Rodriguez Made Perfect Sense

— Sign up for the “HWD Daily” newsletter for must-read industry and awards coverage—plus a special weekly edition of Awards Insider.