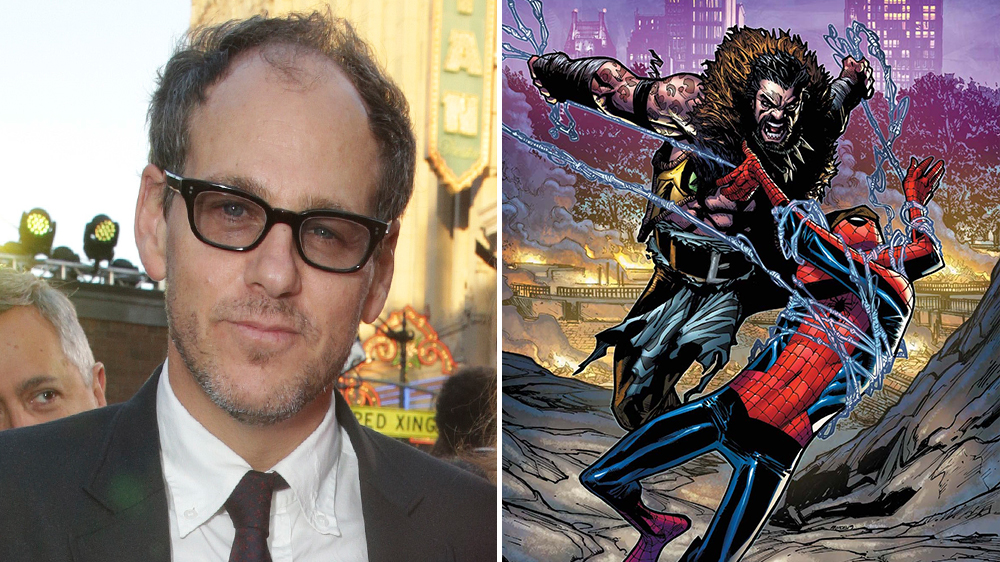 “It was a ‘I had to look him up’ kind of thing,” Panitch tells Variety. “I didn’t have a lot of familiarity. And then we start watching these incredible dailies [from ‘Bullet Train’], and you really see the full-on action star. He’s charming and he’s funny and he’s holding his own against Brad Pitt. A lot of people can’t do that.”

Taylor-Johnson — who also headlined the R-rated comic book hero franchise “Kick-Ass” and played Quicksilver in Marvel Studios’ “Avengers: Age of Ultron” — so impressed Panitch that he instantly shot to the top of the list for “Kraven the Hunter,” the long-gestating adaptation of the Marvel comics anti-hero and Spider-Man antagonist dubbed the greatest hunter in the world. After a conversation with director J.C. Chandor (“Triple Frontier”), Taylor-Johnson landed the role.

“Kraven” is the latest project in Sony’s renewed efforts to capitalize on its the trove of Marvel characters that came with the film rights to Spider-Man. Along with “Venom” starring Tom Hardy and its upcoming sequel “Venom: Let There Be Carnage” with Woody Harrelson as the title villain, Sony also has Jared Leto playing the vampiric “Morbius,” now set to premiere on Jan. 21.

To date, none of these movies, however, explicitly involve Spider-Man — or, at least, the Tom Holland version of the character, who is still part of Sony’s unprecedented agreement to share the iconic web-slinger with Disney’s Marvel Studios. The latest, and (on paper, at least) final, film in that partnership, “Spider-Man: No Way Home,” is set to premiere this December. But Panitch makes a point of separating Spidey from its other superhero titles.

“We don’t really think of our 900 characters as the Spidey-verse,” he says. “We have a Marvel universe. The volume of characters we have — you know, wait until you see this next ‘Venom.’ You don’t miss Spider-Man.”

He pauses. “It’ll be exciting if they do meet, right?”

Therein lies the rub. In the world of sprawling comic-book universes, the tangled web between Sony’s Marvel-verse and Disney’s Marvel Cinematic Universe is especially perplexing. Because Holland’s Peter Parker is part of the MCU, any appearance he would make in Sony’s other Marvel films would seem to retroactively rope in characters like Hardy’s Venom and Taylor-Johnson’s Kraven in the MCU as well — but Marvel Studios is only a producing partner with Sony on the Holland movies. Confusing things even further, the first trailer for “Morbius” teased an appearance by Michael Keaton, who played the Spider-Man villain Vulture in the Sony/Marvel Studios co-production “Spider-Man: Homecoming.”

Panitch understands that the inherent tension in this convoluted nexus of intellectual property has engendered confusion and frustration among fans. While he remains circumspect about any details, Panitch is also candid that he expects that tension will soon be resolved…somehow — and that greenlighting “Kraven,” a character who’s also tussled with Venom in the comics, fills in another piece of that puzzle.

“There actually is a plan,” he says. “I think now maybe it’s getting a little more clear for people where we’re headed and I think when ‘No Way Home’ comes out, even more will be revealed.”

One of the worst kept secrets in Hollywood is that “No Way Home” will be diving headfirst into the multiverse, and incorporating characters from Sony’s earlier “Spider-Man” movies that starred Tobey Maguire and Andrew Garfield. Alfred Molina, for example, told Variety in April that he will be digitally de-aged in “No Way Home” to look like he did as the villain Doc Ock at the end of 2004’s “Spider-Man 2.”

The implication is that whatever happens in “No Way Home” could allow for Holland to live in Sony’s Marvel movies while also somehow being a part of the MCU. But beyond another appearance by Holland’s Spidey in an as-yet-unannounced Marvel Studios film, “No Way Home” is the last film in Marvel and Sony’s current deal to share the character.

“The great thing is we have this very excellent relationship with Kevin,” he says. “There’s an incredible sandbox there to play with. We want those MCU movies to be absolutely huge, because that’s great for us and our Marvel characters, and I think that’s the same thing on their side. But we have a great relationship. There’s lots of opportunities, I think, that are going to happen.”

One of those opportunities would seem to be finally making a movie about the Sinister Six — the cabal of Spider-Man villains, including Doc Ock and Kraven. Sony tried once before, as a spin-off of 2014’s “The Amazing Spider-Man 2.” So does making a “Kraven” movie mean the studio is close to bringing this heinous half-dozen together for real?

“It’s tough, because I think these projects are the kind of things we have to work on in the dark,” he says. “They’re not ready until they’re ready. ‘Kraven’ is a great example because we just didn’t rush it. We could have made that three plus years ago. It’s just now the script’s awesome, J.C. was the right choice, and we found the movie star because it was just kismet, and watching this other movie and realizing that could be the perfect casting.”

As for the Sinister Six?

After a long pause, Panitch chuckles. “It would be very cool, wouldn’t it?”